In the News: Matt Hasselbeck 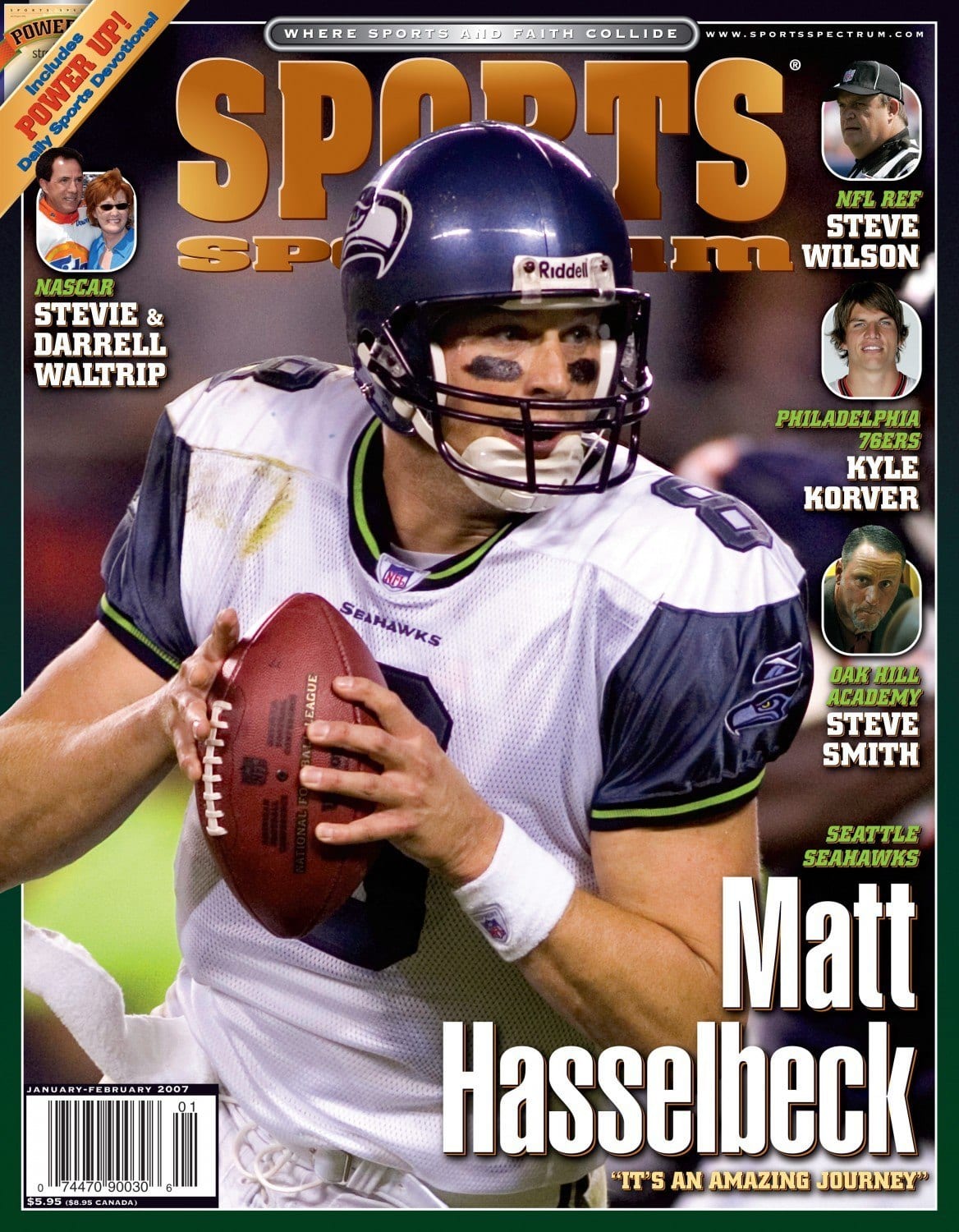 It was in the poverty-torn country of Jamaica that Matt Hasselbeck began his unexpected journey to the NFL, to the Pro Bowl and to the Super Bowl. As a sophomore at Boston College, Hasselbeck worked in a home for elderly lepers on a mission trip to Jamaica. There he met George McVee, a man disfigured by leprosy. McVee would recite scripture in between hymns during times of song and worship. “Then he’d say, ‘Thank you, Jesus. Thank you, Jesus,’” Hasselbeck recalls. “I’m saying to myself these people should be so angry.”

A month after arriving home in Boston, Hasselbeck got sick with hepatitis A and was sent to the hospital. Hasselbeck never complained about his situation. “I thought, ‘This is nothing compared to what the lepers in Jamaica deal with.’” It was then that Hasselbeck made a prayer to God. “I said, ‘Dear God, I apologize for not using my health and my athletic ability You’ve given me to the fullest.’”

Hasselbeck’s desire and work ethic completely changed, and the results were dynamic. He went from being a forgotten backup to the starter at Boston College, and then onto the NFL. And this was all started by a most unlikely motivation talk in Jamaica.

This is an abbreviated version of Matt Hasselbeck’s story in our January-February 2007 issue. The feature was written by Gail Wood.

To order back issues featuring Matt Hasselbeck or our 2007 Power to Win DVD featuring Hasselbeck and Shaun Alexander, call 866-821-2971.

THE INCREASE: The Testing of Your Faith - Janie Reed