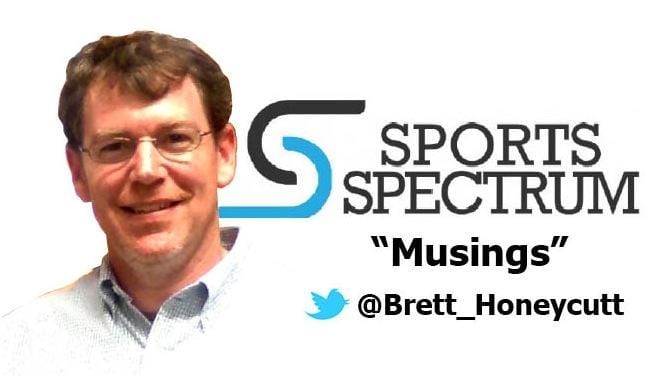 With the recent success that Tim Tebow and the Denver Broncos have had since Tebow took over as the starting quarterback, several questions have arisen among believers as well as non-believers.

This topic has multiple levels of discussion, but below are a few. However, before we tackle (no pun intended) these topics, let’s remember this: We let God’s Word form our opinion and our theology. We don’t find Scripture to support our opinion or our view just because we believe it (which, in essence, would be man-made theology).

1. Some sports journalists have already asked (one being Bob Costas), “Well, there are Christians on the opposing team, too. So, why would God show favor to only one person or one team?” The simple and direct answer is: Well, because He’s God and He can do anything He wants, but we can go deeper in our explanation through Scripture.

First, we have to answer the question, “Does God show favor?” Yes, and we see that in the life of Daniel, in Daniel 1:9, “Now God had caused the official to show favor and compassion to Daniel.”

The big question, though, is this, and since polls show that most in the secular media aren’t believers they wouldn’t know to ask this: What is God’s purpose in lifting up or crushing His people?

2. Can God be glorified through winning or losing? Yes.

Remember, God wants people to know Hi,m and He wants the glory. Also, in the world’s eyes, what happened to Jesus on the cross was horrible (crucifixion, being beaten so bad that he wasn’t recognizable as a man, according to Isaiah 52:13-15); but Isaiah 53:10 says it “pleased” God to crush Jesus. In other translations it reads that it was the Lord’s “will” to crush Jesus. But, and we have to remember this – that Jesus’ death on the cross was necessary for our salvation. So, we see that even something most people, if not all, would consider bad, is really good in God’s eyes.

Sometimes, though, rescuing His servants is what brings God glory, as we see in the case of Shadrach, Meshach and Abednego in Daniel 1-3. After King Nebuchadnezzar saw that God had protected Shadrach, Meshach and Abednego from the fire and that “the fire had not harmed their bodies, nor was a hair of their heads singed; their robes were not scorched, and there was no smell of fire on them.” Nebuchadnezzar praised God and said, “They trusted in him and defied the king’s command and were willing to give up their lives rather than serve or worship any god except their own God.”

Then, Nebuchadnezzar said this: “Therefore I decree that the people of any nation or language who say anything against the God of Shadrach, Meshach and Abednego be cut into pieces and their houses be turned into piles of rubble, for no other god can save in this way. Then the king promoted Shadrach, Meshach and Abednego in the province of Babylon.”

Here’s a nugget from a story we ran in Sports Spectrum in the Spring 2009 issue just after the Philadelphia Phillies beat the Tampa Bay Rays to win the World Series.

Brad Lidge, the Phillies reliever, is a strong believer. He was untouchable that season (he made good on 48 of 48 save opportunities, including 7 of 7 in the postseason, of which two came in the World Series and one of those in the final game victory for the Phillies). Tampa Bay had several believers, too, one being Ben Zobrist, who said this: “Sometimes you think, ‘Why didn’t we win?’ because I know we would have had some guys on our team that would have given God the credit. But then you hear Brad Lidge on his testimony after the game … and you go, ‘OK. I get it, I get it. You have people everywhere, so you’re going to be glorified regardless, and you want to use this now as a learning experience for all of us who have lost, too.’”

That was so profound, but so was this by then-University of Texas quarterback Colt McCoy:

The below quote came after the national championship game between Texas and Alabama in 2010 (the 2009-10 season), after Texas’ 37-21 loss to Alabama and after McCoy watched from the sidelines because he was injured on the fifth play of the Longhorn’s first series. ABC reporter Lisa Salters interviewed McCoy and McCoy responded to a difficult question about how it felt watching the game from the sidelines, with the question alluding to how difficult it must have been that his college career ended so abruptly in the biggest game of his life.

Said McCoy: “I always give God the glory. I never question why things happen the way they do. God is in control of my life. And I know that if nothing else, I’m standing on the Rock.” 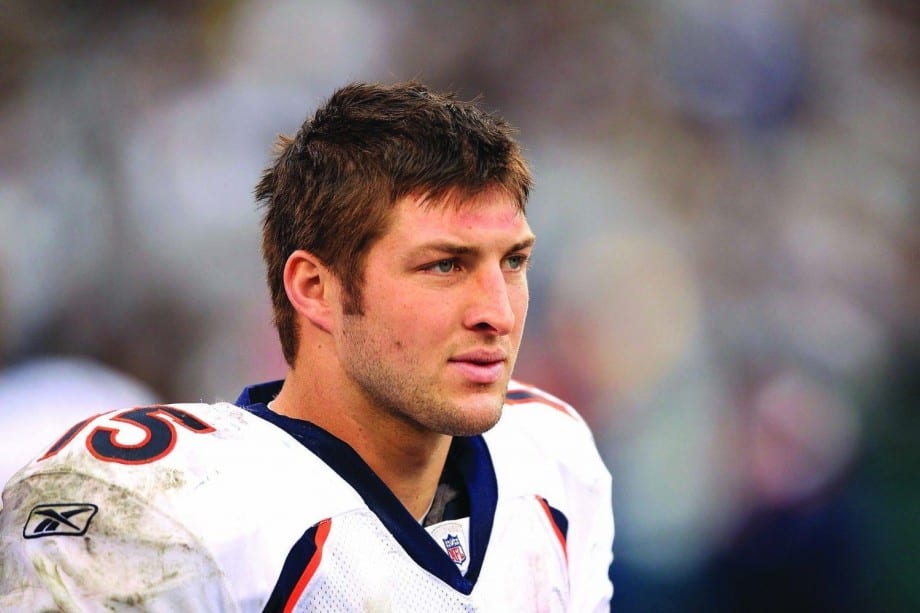 However, another scripture tells us that God cares enough about what we care about that He will accomplish it in Psalm 138:8: “The Lord will accomplish what concerns me.”

4. The last point is merely that, a point: God is sovereign. He is in control. Read Job, especially Job 38-42. God basically asks Job a ton of questions. The questions, which simply show Job that Job himself is powerless and that God is all-powerful, begins with 38:1 and goes through chapter 41.

Here’s a snippet of the first several verses to give you an idea:

“Then the LORD spoke to Job out of the storm. He said: “Who is this that obscures my plans with words without knowledge? Brace yourself like a man; I will question you, and you shall answer me. “Where were you when I laid the earth’s foundation? Tell me, if you understand. Who marked off its dimensions? Surely you know! Who stretched a measuring line across it? On what were its footings set, or who laid its cornerstone—while the morning stars sang together and all the angels shouted for joy? Who shut up the sea behind doors when it burst forth from the womb, when I made the clouds its garment and wrapped it in thick darkness, when I fixed limits for it and set its doors and bars in place, when I said, ‘This far you may come and no farther; here is where your proud waves halt’? Have you ever given orders to the morning, or shown the dawn its place, that it might take the earth by the edges and shake the wicked out of it?”

After several more chapters, the questioning ends, and Job responds to the Lord in Job 42:2, “I know that you can do all things; no purpose of yours can be thwarted.”

So, God is sovereign and His will can not be thwarted.

So, in review, we see that scripture says:

If God felt He could be more glorified through Tim Tebow losing, then, in God’s sovereignty, He would do that.

Right now, though, it appears God is being honored and glorified through Tim Tebow winning.

I’ll end with this for all of the media (and people in general) who said Tebow couldn’t play in the NFL (the same ones who are asking all of these questions about God favoring Tebow or God doing this or that):

If Tebow isn’t good enough to play in the NFL, then the mere fact that he led the Broncos to the playoffs should be cause to recognize that winning even one game, much less seven games, is miraculous and the result of a higher being, right? I mean, how could someone who isn’t capable of playing in the NFL (according to the naysayers) have game-winning drives and have the second-best winning percentage for an NFL quarterback (behind only Aaron Rodges) if it wasn’t a miracle?

I say that somewhat facetiously, but I say it to make a point. Either admit that Tim Tebow is good enough to play in the league, or that it’s a miracle that he is winning or both. Don’t deny all just because you dislike someone who stands for his faith.