SS at the Super Bowl: Blog Entry No. 2 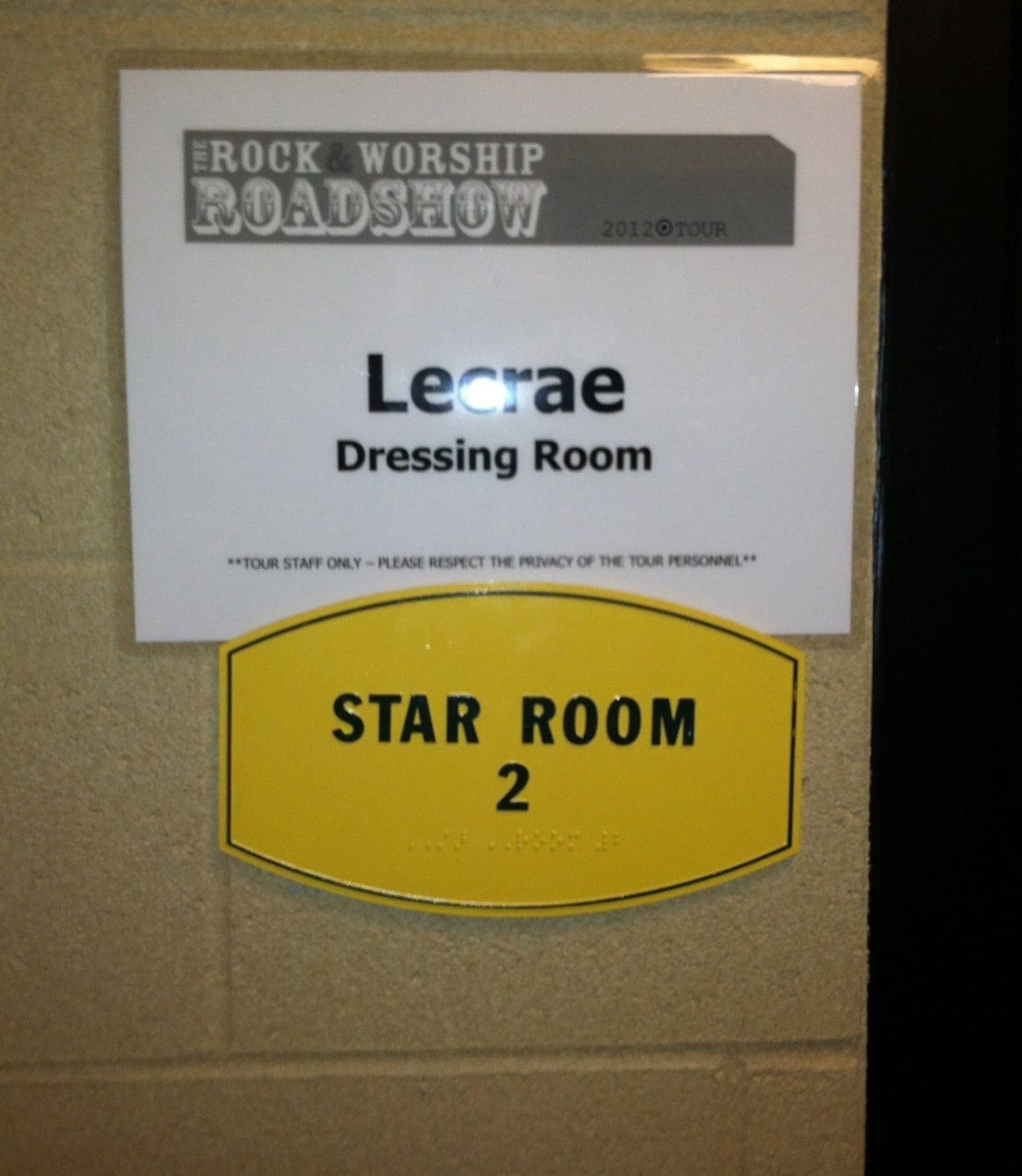 On Saturday night at the Rock and Worship Roadshow, we got a chance to go backstage and interview one of the biggest names in hip-hop, Lecrae Moore. Sure, Lecrae may not be someone we typically feature in Sports Spectrum. He’s not an athlete. He’s a musician. But he relates to athletics because of hip-hop’s influence in the athletic sphere. He recently delivered a message for the Tampa Bay Buccaneers, and his event manager showed us a number of pictures from a golf round Lecrae played with Bubba Watson, who we featured in our Winter 2012 issue.

It was a fun interview for me because I’ve been listening to Lecrae since high school. I own three of his albums, including his two most recent ones, and I’ve always admired his ability to combine stellar beats with spiritually-rich lyrics. His music not only gets me pumped, but it sharpens my mind in a spiritual sense and helps me gain perspective in life.

In the interview below, Lecrae talks about his ministry as it relates to athletics. After you get done watching the interview, check out my top 10 favorite Lecrae songs. If you’re new to Lecrae, check them out, and if you’re a Lecrae diehard, tell me where you think I’m wrong. Subscribe to Sports Spectrum if you want to read a feature about Lecrae and hip-hop in a future issue of SS that will ONLY be available in print.

10. Aliens, Real Talk – Really shows how talented he is as a rapper.

9. Hallelujah, Rehab: Deluxe Edition – The first time I heard this song was when he opened with it in Indy. Definitely gonna download it once I finish this blog.

8. Identity, Rebel – Addresses an epidemic in our culture that what we have defines us. As Lecrae says in the song, “Identity is found in the God we trust, any other identity will self destruct.”

7. Go Hard, Rebel – A reminder that simply believing in God or going to church on Sunday ISN’T enough. Following Christ is about going hard for Him. There’s no other way.

6. Crossover, Real Talk – Best. Beats. Ever. You don’t find a whole lot of Christian music that is this real and this in-you-face. Love it.

5. I’m A Saint, Rebel – Name me one other rapper that drops Hebrew in their music.

4. 40 Deep, Rehab – The buildup and the beats are unreal. Blast this song in your car, and you’ll be ready to take on anything. Great song about community.

3. Don’t Waste Your Life, Rebel – When I’m caught up in the things of this world, this song helps me put everything into perspective. Nearly 3.5 million views on YouTube. The atmosphere was electric when he rapped this on Saturday.

2. Used To Do It Too, Rehab – I love this song because it reminds me of how God has rescued me and changed me. As he says at the beginning of the song, “It ain’t about what you do, it’s about what HE did.” It doesn’t matter where you’ve been. It’s about where you’re heading. A few of my favorite lines from the song…

See what I used to be was selfish and conceited
I was living for myself and telling Jesus he could beat it
At the time I couldn’t see it, all I saw was havin fun
Went to church to look for ladies, not to look upon the Son
I was a hedonist, now Jesus is my pleasure
I was a narcissist but now I’m lookin betta.
But I ain’t fix myself, ain’t turn myself around
I gave it up and told the Lord that he can have it now

1. Background, Rehab – The last thing I told Lecrae backstage was that I listen to this song every morning. And I do. It keeps my self-centeredness in check. It’s a song about allowing God to take the lead and choosing a path of humility instead of pride. Has nearly 2.5 million views on YouTube.

Follow @steve_copeland on Twitter as he tweets and blogs the week leading up to the Super Bowl.

New Titans CB Caleb Farley trusting God through adversity: 'I would be lost without Him'

Hall of Famer Tamika Catchings: 'Basketball chose me, but God had even bigger plans'