Airing It Out -- A true hero

By Brett Honeycutt Jul 31, 2012
When the Olympics come to mind, I generally think of one thing: track and field, the oldest sport in the Olympics, which date to 776 BC when the first games were held in Olympia, Greece. Actually, track was the only sport in that first Olympics and there was only one event—a race of approximately 192 meters (210 yards). Like most people who think about track, the names of Olympic greats like Carl Lewis, Usain Bolt, Jackie Joyner-Kersee, Ben Johnson and Allyson Felix come to mind. But, given enough time, I end up thinking about Eric Liddell... 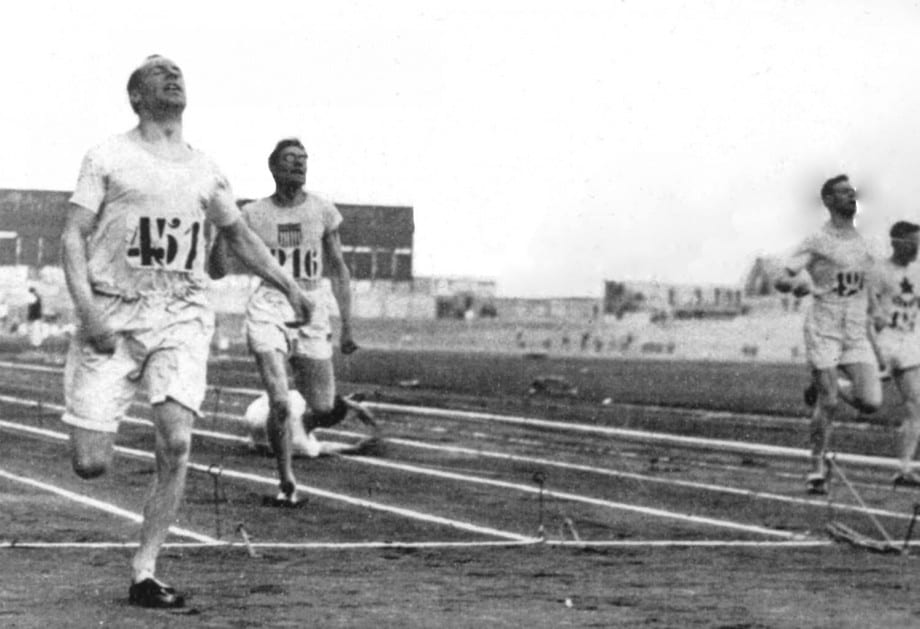 When the Olympics come to mind, I generally think of one thing: track and field, the oldest sport in the Olympics, which date to 776 BC when the first games were held in Olympia, Greece. Actually, track was the only sport in that first Olympics and there was only one event—a race of approximately 192 meters (210 yards).

Like most people who think about track, the names of Olympic greats like Carl Lewis, Usain Bolt, Jackie Joyner-Kersee, Ben Johnson and Allyson Felix come to mind.
But, given enough time, I end up thinking about Eric Liddell.

For those who grew up in the 1980s, you will remember him as one of the two key characters in the 1981 movie Chariots of Fire, which documented the real-life events surrounding the 1924 Olympics and won four Academy Awards, including Best Picture.
For those who grew up after that, it’s worth watching—multiple times.

Liddell invades my mind because he was so principled, he was a great athlete, and, most importantly, his love for God was so deep that he would later risk, and give, his life to spread the gospel in China.

Running was something he was good at, but it never seemed to rule his life. He knew its place and its place was for a certain period of time, the Olympics. That’s where he let the world see his principles (he refused to run on Sunday), his athletic ability (he set a world record in the 400 meters that stood for seven years and remained a European record for 12 years) and his love for God (besides honoring the Sabbath, people knew he would be going to China to be a missionary after the Olympics).

My mind is forced to contemplate all of that. How could a man, who was seemingly revered by so many people that they flocked to track meets to watch him run and packed churches to hear him preach, be so convinced that none of that mattered?

How could he ignore all of the attention in Great Britain and his native Scotland and move to China, a nation where his status would be far less and where those things wouldn’t command the same respect as in his homeland?

Because he loved God more than anything else.

That love was easily seen in his actions. Not for forsaking the spotlight and becoming a missionary, but for what he did years later.

It’s the part the movie doesn’t cover because its focus was about the 1924 Olympics. It’s also the part that intrigues me about Liddell.

Nine years after moving to China, in 1934, Liddell married Canadian citizen Florence Mackenzie, and they had two children, Patricia and Heather.

War broke out after Japan invaded China, and, in 1941, when Florence was pregnant with their third daughter, Maureen, Eric sent his family to Canada because staying in China had become too risky for his wife and small children.

He wanted his family to be safe while he continued to minister, but he thought the war would be temporary and they would be reunited soon.

However, it was the last time they would see each other.

Two years later, in 1943, Eric Liddell was detained at Weihsien prison camp. He died on Feb. 21, 1945, after suffering from a brain tumor. Five months later the camp was liberated and the war ended.

His death impacted a nation; Scotland had a national day of mourning and it made headlines in newspapers.

At least 12 books have been written about Liddell’s life. Also, several documentaries, Eric Liddell: Champion of Conviction and The Story of Eric Liddell, retrace his life, but most of all they show how much people admired and loved him—more than 50 years after his death.

Because he was born in China to missionary parents and he died there, some of China’s 2008 Olympic literature listed Liddell as China’s first Olympic champion. In August of 2008, readers of The Scotsman newspaper voted Liddell the most popular athlete in Scottish history.

That same month, just before the Beijing Olympics, the Chinese government revealed that Liddell had a chance to leave the prison camp in a prisoner exchange, but instead gave up his place to a pregnant woman.

His athleticism and sacrificial devotion to God and people were what made others in Scotland and China, then and today, love, adore, and admire him.

It’s also the reason I wanted to let you know about him.

I hope his story will encourage and inspire you to action as you think about his life and commitment to God.