U.S. archer: God has used struggles to 'deepen my trust' 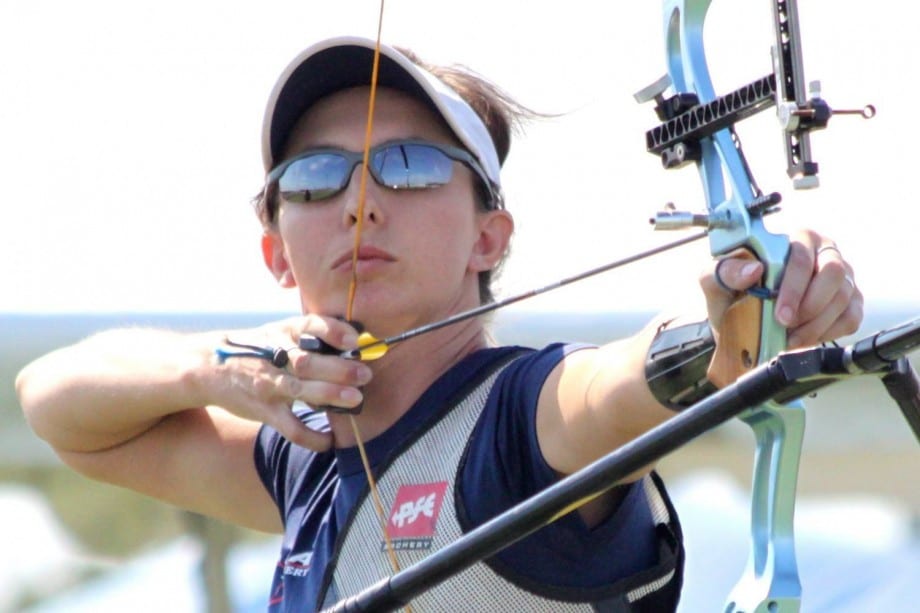 LONDON (BP) — Jennifer Nichols admits that the road to this year’s Olympics has been one of the most trying times of her life.

“My faith has been challenged more than ever before in the last few years,” the U.S. archer said. “I really can see how the Lord has used the struggles and hardships I’ve had to deal with to deepen my relationship with Him and my trust in Him.”

The trials, however, have proven to strengthen Nichols’ faith in the Lord and to help her rest on Him in the midst of uncertainty and confusion.

“All I had was Him to run to,” she said. “It has been hard and painful but so sweet at the same time. I can see how He has brought me back to really grounding myself in my identity in Christ, knowing that I am called to come and die and follow Christ to the cross for the sake of love.

“This is a firm foundation that cannot be shaken.”

One of the challenges Nichols went through was the changing nature of the relationship with her sister, who got married in December. Nichols’ sister was her traveling and training partner; the two had been practically inseparable for years. And while Nichols’ knows that her sister’s marriage was a good thing, it also meant that the one person who had been her closest companion now had someone else who was a higher priority.

She also faced some other family struggles as well as setbacks in her performance (failing to make the 2011 Pan American team) that took a toll on her confidence.

Through all of the difficulty, Nichols said she started questioning her faith. Was she really a Christian? Was she really walking in the favor and grace of God? She also realized that she had been living more legalistically, focusing on what she could do on her own to gain righteousness before God.

But Nichols said God ultimately brought her to repentance and a fresh understanding of His grace in her life.

“In all of it, the Lord just proved Himself so faithful,” she said. “He showed me that I had placed so much of my identity and my priority in my family, rather than in Christ.”

The Lord blessed her in other ways as well — namely in providing a husband. At age 28, she will marry Chris Hardy this fall and shift her focus away from archery to being a wife and eventually, she hopes, a mother.

“Love requires sacrifice, and love for God requires obedience,” Nichols said. “Because I love the Lord with my whole heart, I want to be able to lay down my life for this calling that He has for me going into marriage and being able to meet that calling as my husband’s help-meet.”

But before that happens, Nichols has her third Olympics before her. Though the U.S. women’s team failed to medal in the team competition in London July 29, Nichols will compete in the individual event later in the week.

“Archery is not everything, and my value is not caught up in my performance,” she said. “My treasure is in heaven and is in the love that I receive from my Lord.

“My purpose is to glorify God, and that’s what I want to do at the Olympic Games. Of course, I would love to medal. But ultimately I want to place wherever the Lord has me so that I can give Him the most glory.”

THE INCREASE: Let It All Go - Adam LaRoche