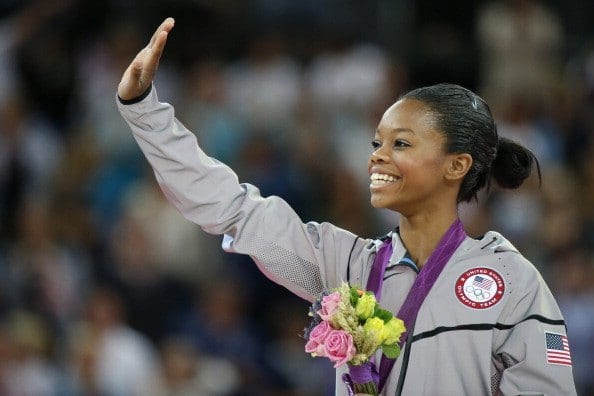 LONDON (BP) — Gabby Douglas will soon have more money than she ever dreamed.

With a vibrant smile and two gold medals to her credit at the Olympics, the 16-year-old gymnast undoubtedly will cash in with endorsement and marketing deals worth millions of dollars. At the top of her wish list? An Acura NSX.

“I want the one like Iron Man’s off ‘The Avengers,'” Douglas said. “That was a nice car.”

The fame and fortune that Douglas instantly captured may make some things easier, but they won’t remove the difficulties from her life. When she faces such struggles, she turns to Scripture.

“God has given me this awesome talent to represent Him. Glory goes up to Him, and the blessings fall down on us,” Douglas said Aug. 5 in a press conference at the North Greenwich Arena.

When she’s learning something new that may seem intimidating, she tells herself, “God has not given us a spirit of fear, but a spirit of peace, love and a sound mind,” she said. When she’s having trouble perfecting a skill, she quotes, “All things are possible through Him.”

“You just mentally quote that, and it builds your faith up so much,” Douglas said. “God will never fail you. He’s always on your side.”

Her first Tweet after winning the individual all-around read simply, “Let all that I am praise the LORD; may I never forget the good things he does for me.”

Before Douglas left for London, Quintin Stieff, pastor of the Valley Church where she attends in West Des Moines, Iowa, likened her to a light that should shine to draw attention to God. Douglas shared her testimony with the congregation.

“The glory goes all to Him. He’s waking me up every morning and He’s keeping me in the gym every day. That’s very important,” she said, asking her church family to pray for her to “bring home the gold.”

While she couldn’t replicate that success in the second week, finishing eighth in the uneven bars and seventh in the beam, her performances will be remembered as one of the London Olympics’ biggest stories. Her face is already on a Kellogg’s Corn Flakes box.

“When it was time for me to go to bed I would just put my earphones in and just fall asleep listening to the Bible,” she told the congregation. “It’s been a daily thing. I love reading about the Word. We have to put on the full armor of God, so when Satan tries to come against us, we are ready and prepared.”

Daily Devotional: Thursday, August 5 - All That Glisters Is Not Gold