Around the Net - Prayer gets Dickey through season, Tebow Time in New York? 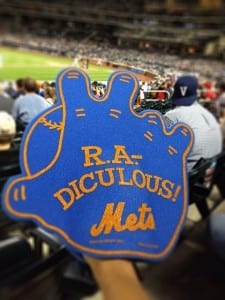 New York Mets pitcher and Cy Young candidate, R.A. Dickey, revealed that he has pitched hurt for most of the season. Before his last start Tuesday night, Dickey revealed he had torn a stomach muscle way back in April in his second start of the season. He did not take any time off to rest it and has played through the pain all season.

So what got him through the season? Prayer.

“I was on my knees about it many times, hoping that it was not going to get more significant than it was,” Dickey said. “My wife and I prayed quite frequently together about that. I was in the middle of a good season and we were playing well. And it happened so early. When the All-Star break came, we were right in it and I was going good and felt fine and could keep going. Fortunately, we were able to last the whole year.

“The word from everybody is I’ll be walking a mile a day after surgery. I think they liken it to a sports hernia, if you will.” (ESPNNewYork.com) 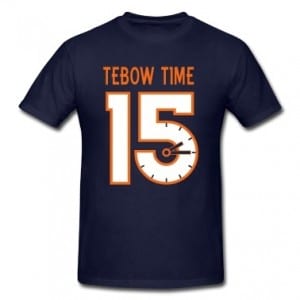 With the New York Jets (2-2) offense struggling with Mark Sanchez under center, may people have been wondering if it’s time for the Jets to start Tim Tebow at quarterback.

New York Times columnist Kevin Kernan writes to “bring on Tim Tebow,” and hope that his miraculous season in Denver wasn’t a fluke. At the very least, Kernan believe it could wake Sanchez up, who “appears to be living in a dream world.”

NFL.com reporter Jeff Darlington, believes that the exact same situation that happened in Denver will happen in New York. Fans calling for Tebow will force Rex Ryan into starting Tebow, whether he believes Tebow should start or not.

Nate Davis of USA Today, writes that this may be the best time to give Tebow the starter’s job considering all of the injuries to the Jets offensive weapons, like WR Santonio Homes and TE Dustin Keller.

And Rich Cimini from ESPNNewYork.com believes that Jets owner Woody Johnson will make the push for Tebow to start.

New York Jets head coach Rex Ryan has said that Mark Sanchez will start the Jets game on Monday Night Football, but you have to wonder how close we could be to Tebow Time in New York.

Notable Quote: “It’s going to be our job as coaches to try to get them to focus on the things that will help us win, which is the game plan, playing hard, and just being very fundamentally sound with blocking and tackling. We’re just trying to keep the focus on the process of getting better like we’ve been trying to do all season long and not focus too much on what the game means. I don’t think I’ll have to say too much about that, but I think it’s going to be pretty obvious to them how big of a game it is, so let’s focus on the things that can help them play well.” – Georgia’s Head Coach, Mark Richt, on playing in a big atmosphere game this upcoming Saturday against South Carolina (AJC.com)

i will always remember this year as a year where WE ( my family, my teammates, and you guys) won 20 games. glad to celebrate it with you.

Morning … Just wanna thank the man above for another day.. God bless

It’s been an amazing season and feel blessed to be heading to the post season for the first time. Lets do this #BravesCountry

THE INCREASE: The Greatest of These is Love - Nate Augspurger