Airing It Out -- Culture wars

By Brett Honeycutt Oct 9, 2012
There is a culture war going on and Yunel Escobar is in the middle of it. So is U.S. gymnastics Olympic star Gabby Douglas. The culture war involves an array of social issues involving Christianity, but we’ll address Gabby Douglas first. Her story deals with an attack directed straight at her faith... 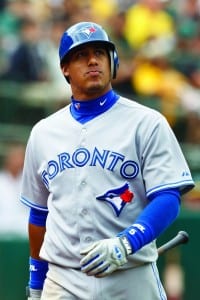 There is a culture war going on and Yunel Escobar is in the middle of it. So is U.S. gymnastics Olympic star Gabby Douglas.

The culture war involves an array of social issues involving Christianity, but we’ll address Gabby Douglas first. Her story deals with an attack directed straight at her faith.

It started with what Douglas said after winning Olympic gold for the all-around gymnastics competition.

“I give all the glory to God. It’s kind of a win-win situation. The glory goes up to Him and the blessings fall down on me,” Douglas said on TV as she was being interviewed after her competition.

It apparently didn’t sit well with Salon writer Mary Elizabeth Williams, who stirred things up when she wrote a bigoted piece against Christians in general, and against Douglas specifically.

Williams didn’t care about too much, except her feelings and her agenda. In a nutshell, she was showing religious intolerance.

Here’s what Williams wrote: “Yet after her victory, one of the first responses that truly resonated for me was from a colleague who noted, ‘I would like her more if she were not so, so, so into Jesus.’ Which raises the question—what is Jesus going to do now for Gabby Douglas’ career? And that clearly authentic image of a hardworking girl with strong values makes her a natural icon to her fellow Christians, just as it makes the somewhat less faithful uncomfortable.”

What Williams’ colleague said resonated with her so much, she wanted to let everyone else know.

Count Williams in the “somewhat less faithful” and “uncomfortable” crowd.

Remember, how people feel is how they believe and that negates what you believe, no matter if it’s based on truth.

What the opposing side to Christianity will say is that Christians are intolerant and bigoted, even though they are being bigoted and intolerant toward their faith and toward Christ on a regular basis.

Seem like a double-standard? It is. But they don’t care.

Which brings us to Escobar, the Toronto Blue Jays star who ruffled some feathers when he used eye black with the Spanish word “Maricón” written on it.

It was labeled a gay slur by most media, but people in the Latin American community saw it a little different. Why? Because they understand the language.

It earned Escobar a three-game suspension by Major League Baseball, a press conference where Escobar apologized, and constant harassment by the media.

Julio Pabon, founder of LatinoSports.com, wrote a piece in which he acknowledged that the word was bad, but in no way was it a gay slur in the Latino community.

Pabon interviewed Latino baseball players who were incensed at how Escobar’s situation had been handled.

Said longtime star Omar Vizquel, “That, in our culture, in Spanish the word has a much different meaning.”

But lost in translation was that the media, and our culture, has said they don’t care about someone else’s culture or views. What they care about is how they feel. How they believe. And if you don’t conform or believe the same way, you’ll be labeled a basher, hater, and bigot. They will also say they have a right to their beliefs, and despite your right to believe differently, you are wrong and your right is negated because you are a basher, hater and bigot.

The sad part is that they are all of those things, too. They bash Christianity, they hate Christians and their faith, and they are Christian bigots.

They’re right. You’re wrong. At least that’s what they believe.

But don’t be surprised. We were warned in Isaiah 5:20: “Woe to those who call evil good and good evil, who put darkness for light and light for darkness, who put bitter for sweet and sweet for bitter.”

Get used to it. We’re in a culture war.

This column was published in the September 2012 Sports Spectrum DigiMag. Print and digital subscribers, log in and view the issue here. Brett Honeycutt is the managing editor of Sports Spectrum magazine. His column addresses topics from a biblical perspective. Follow him on Twitter-@Brett_Honeycutt.