From the Archives -- The Power Forward Is On 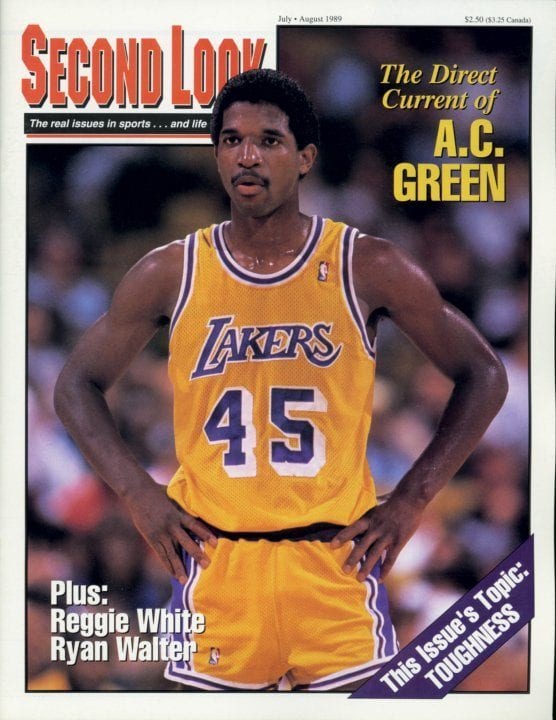 In only his fourth NBA season, A.C. Green has become the Los Angeles Lakers’ leading rebounder. Although small for a power forward, A.C. is an iron man in the lane. He has endured on some of the toughest turf in sports, appearing in every regular season contest but three during his first three campaigns. A.C. (whose initials stand for the letters A and C) talks with Kyle Rote Jr. about crashing the boards with the big boys.

KYLE: Let’s talk about the toughness of the game itself. A lot of people have believed for many years that playing basketball in the NBA is physically the toughest of any of the professional sports.

After nearly every game I go home with some little souvenir here or there that I didn’t have before the game started. (Laughing) It’s very seldom that I don’t leave the court or the gym feeling a little sore from the physical contact…

Read the rest of the story here.