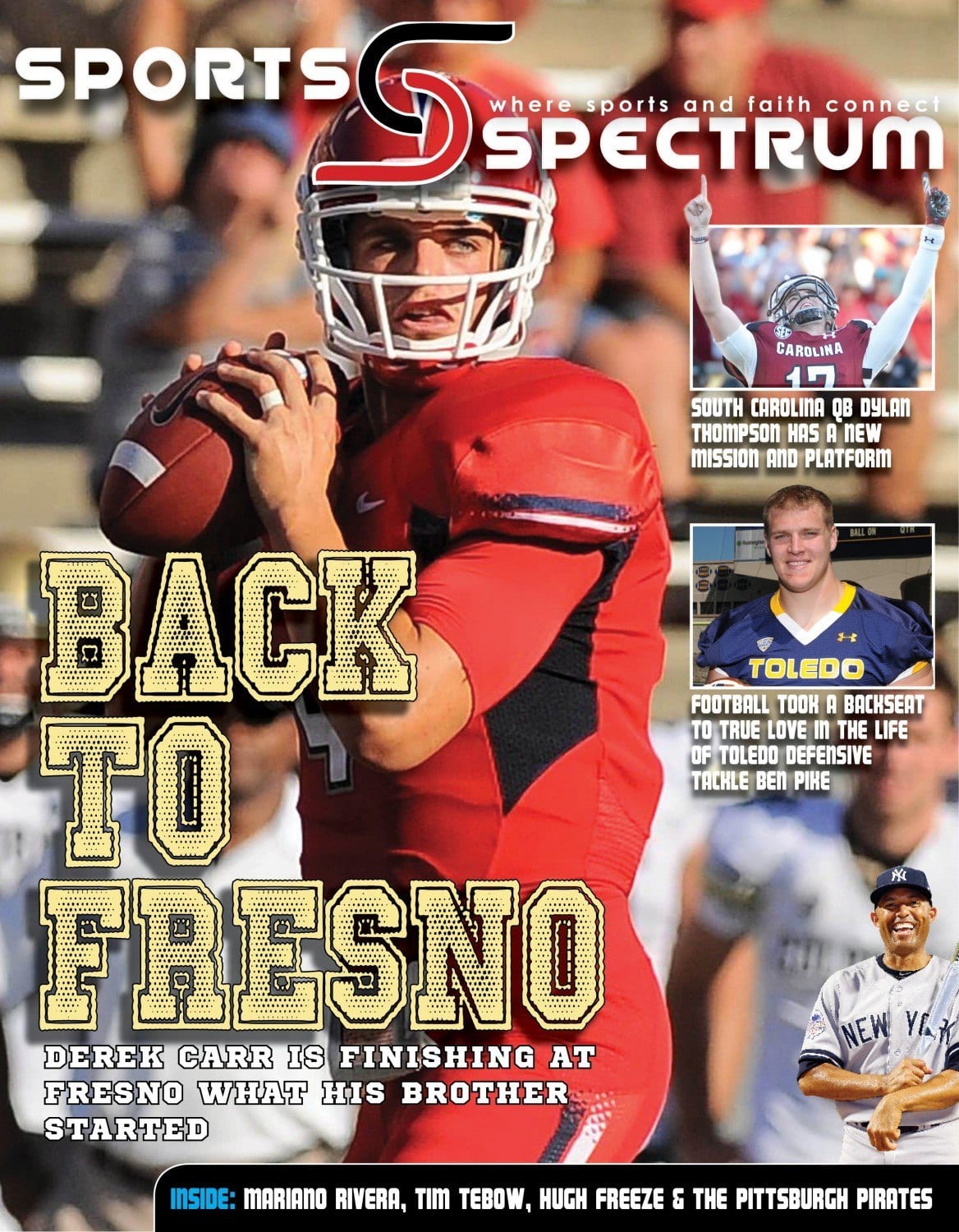 We are happy to introduce to you our August 2013 DigiMag featuring Fresno State quarterback Derek Carr. This issue includes in-depth features on college football stars around the NCAA to prepare you for the upcoming season. Read about how University of South Carolina quarterback Dylan Thompson went from performing to living, Toledo defensive end Ben Pike chose the love of his life over football, and Derek Carr is continuing what his brother started at Fresno State. Managing editor Brett Honeycutt writes about Mike Vick, Riley Cooper and forgiveness in his column “Airing It Out;” staff writer Stephen Copeland writes about the recent passing of his grandfather and his interview with Toby Mac in his column “Another Angle;” and Bryce Johnson talks with Washington Redskins backup quarterback and former Michigan State star Kirk Cousins in his his column “Unpackin’ It.”

Log in here to view the August DigiMag and our past digital issues from 2013 included in your subscription to Sports Spectrum. In a year, we’ve gone from four issues to twelve issues (four print, eight digital)…just for you. Take advantage of it.