Airing It Out -- Sharing our hope 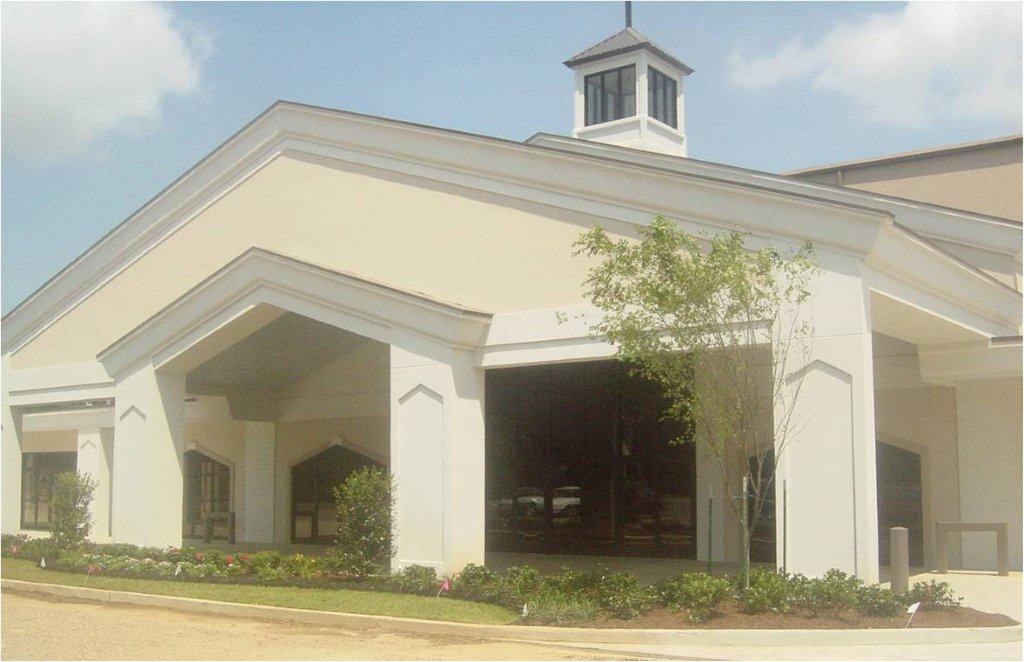 We heard the same sermon twice on the Wednesday night we went to West Monroe, La.—and both were unexpected.

We had just finished our interview with Miss Kay, Al, Willie and Phil Robertson, cast from the popular TV show, Duck Dynasty. It was interesting listening to Phil talk about sex and relationships, Willie talk about his early days when he and his wife, Korie, ran a Christian camp, Al add nuggets to almost every story, and Miss Kay laugh and talk honestly about her relationship with Phil in the early days (it was tough) and how God had brought each of them to Christ.

It was as if we were part of the Duck Dynasty TV show. Why? Because what we had seen on TV, is what we saw in person. It was refreshing and also spiritually uplifting because their deep faith was evident as they talked about how they viewed the show as a platform to share their faith—and, as I learned, sharing their faith is what they’re about.

After we were finished, Miss Kay invited us to church. I was already looking forward to going (Al had already invited us earlier when we were setting up the interview).

I was excited because I enjoy going to church, but I was really excited because they invited us and because of what I knew about the Robertsons’ faith (and had also just experienced); my thought was since they’re strong spiritually, then their church, White’s Ferry Road Church of Christ, must be strong, as well.

But the idea of going to church was made even better because they invited us. It was personal. It showed they cared. They wanted us to be there, and we wanted to be there.

We were running a little behind because the Robertsons were gracious enough to give us more time to ask questions. We really just listened and watched them interact like they do on TV.

Because of that, we came in to the service near the beginning. There were a hundred or two hundred people there, including all of the Robertsons (we sat behind Jep and his wife, Jessica, and Justin Martin).

The songs we sang and listened to were a cappella and familiar because I had heard them on my first mission trip with Athletes in Action in 1992 (I later bought tapes of those songs and have enjoyed them for years). The songs brought back great memories, but more than that they reminded me of who God is, what He had and has done for us, and they were leading me to worship Him.

I began to wonder if the sermon would be as good. It was faulty thinking because God is always present when His Word is opened and shared, but that was what was going through my mind.

The pastor, Mike Kellett, came up to preach. The sermon was based on I Peter 3:15, “But in your hearts set apart Christ as Lord. Always be prepared to give an answer to everyone who asks you to give the reason for the hope that you have. But do this with gentleness and respect.”

He talked about the false narrative that only certain people can share their faith and listed reasons people think this: I am not good at it; I am embarrassed to try; I am afraid I will offend someone; I feel like a hypocrite because I am not perfect; I am afraid they will reject me; I am not educated enough.

But he reminded us that the true narrative was that all Christians share their faith, and he reminded us of “The Story That Inspires Hope”—Jesus’ death, resurrection, ascension and return.

He concluded by encouraging each of us to pray, watch, reach out, listen, connect, share and invite so that we could share the hope that we have because of Christ. He did so much for us and we have so much to look forward to after this life. Why wouldn’t we be excited to tell others?

I knew the message had sunk in, not because I thought or felt it had, but because it was already being lived out in the members of the church. It’s exactly what the Robertsons have been doing with their lives—sharing their hope with excitement and immediacy to a world in desperate need of hearing something that is truly life-changing.

I walked away encouraged, hopeful, and thinking that we had just gotten out of one church service (our interview with the Robertsons, who talked about sharing their faith) and went into another one (at White’s Ferry Road Church of Christ, which talked about sharing our faith).

It is the type of hope we all should desire to spread.

This column was published in the April 2013, All-Duck Dynasty DigiMag. Brett Honeycutt is the managing editor of Sports Spectrum magazine. His column addresses topics from a biblical perspective. Follow him on Twitter-@Brett_Honeycutt.