Airing It Out -- Let your actions speak 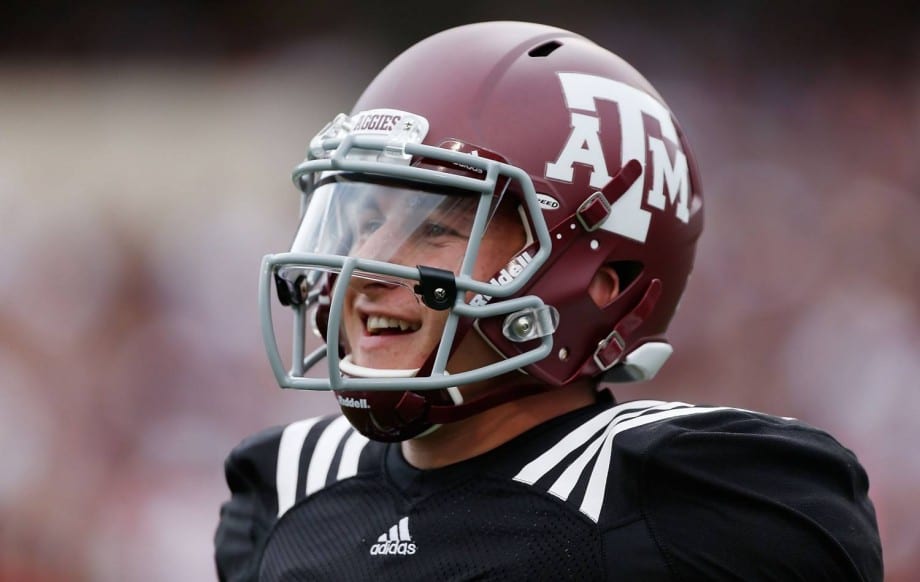 Johnny Manziel, you don’t have to point fingers and brag.

You don’t have to prove it to a defender or remind them how good you are by yelling and pointing at them after running and passing the ball over them into the end zone.

You’re accomplished. Everyone knows it. Heck, you won the Heisman Trophy, the game’s and media’s acknowledgement of how great you are. And you won it as a freshman – the first time that ever happened. How much more accomplished can you be in college football?

Everyone knows how great you are. Stop telling them. You don’t need to do that.

Tom Brady and Peyton Manning, future Hall of Famers and two of the NFL’s best quarterbacks in history, they don’t say anything because, like you, people already know how good they are. Their play, like yours, is enough to convince even the most casual viewer. And even though they don’t run after a player and jaw with them, all the players, and fans, know how great they are.

Why? Because greatness doesn’t need a megaphone. It just needs to be observed.

Observe how Brady calmly goes about his business. Down seven in the fourth quarter with less than 3 minutes to play? No problem. Interception? No problem. He got the ball back at his own 30 with 1:13 to play and guided his team to a touchdown with 5 seconds left and an improbable 30-27 victory against New Orleans on Oct. 13. Calm, cool, and no screaming and pointing at the opposing team telling them he’s the best. They know. They just experienced it firsthand.

Manning? He might not look as calm (watch his head and feet late in the game), but he still lets his play do the talking. He may be yelling, but it’s so his team can hear him changing the plays at the line of scrimmage. Trailing in the fourth quarter? No problem. His Denver Broncos trailed the Dallas Cowboys twice and were tied twice in the fourth quarter of a shootout on Oct. 6. With 1:57 to play, he did what everyone in the stadium (and everyone watching on TV) knew he could (and probably would) do; he guided his team down the field, set the Broncos in position for a field goal, and Denver won 51-48.

Manning’s stats were great (414 yards and 4 TDs passing and 1 TD rushing), but he didn’t run down the sideline, his pointer finger in the other teams’ face, and yelling at them, so they would know how great he played that day. They already knew his greatness… before, during and after the game.

It’s a reminder that being humble is okay. People won’t overlook you or forget about you. They’ll remember how great you are and also view you in a positive light as a person.

As Proverbs 27:2 implies, people already know if you’re great and they’ll tell others about your talents. Consider Jesus, even. When Pilate asked him to prove he was the Savior to humanity, Jesus found no need to flaunt his divinity, though He could have.  Jesus found no need to convince Pilate He was great because His greatness had already been displayed to thousands. If Pilate didn’t believe it, it was his own lack of faith that fueled his unbelief. Jesus’s entire ministry—His actions, His words, His miracles—proved His greatness.

Johnny, you need only let your actions speak for you.

This column was published in the November 2013 DigiMag. Brett Honeycutt is the managing editor of Sports Spectrum magazine. His column addresses topics from a biblical perspective. Follow him on Twitter-@Brett_Honeycutt.

Top QB prospect Cade Klubnik picks Clemson, thanks parents for helping him be ‘man of Christ’