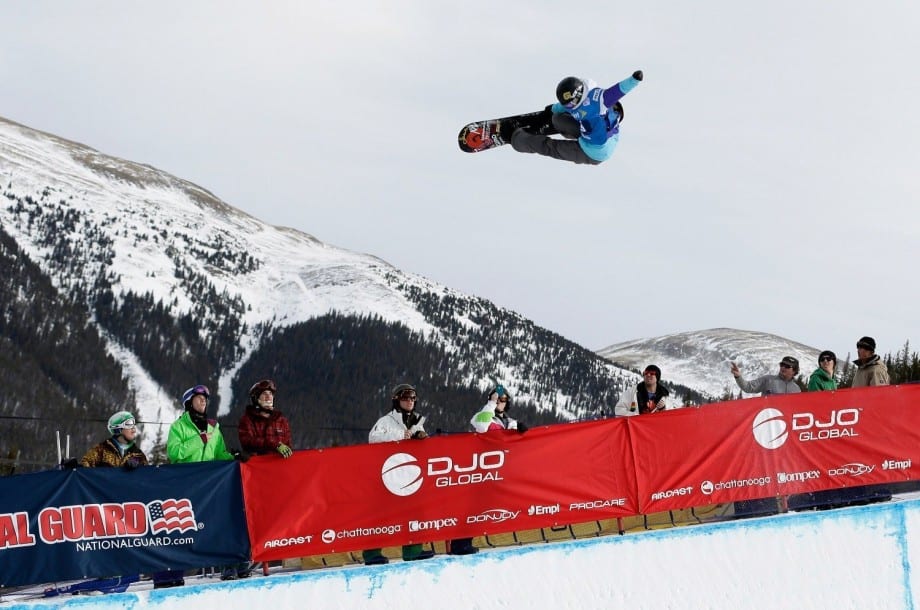 Kelly Clark sat alone in a Utah hotel room, writing in her journal. It was another contest beginning another season: 2004, two years past the pinnacle of her stellar career when she became the first American female to win an Olympic snowboarding gold medal.

That same year, 2002, she also won every other event, including the Winter X Games, and attained all her professional goals—at age 18. Clark was the queen of snowboarding and had everything: fame, money, travel, the ability to dictate her career. It was incredible—for a little while.

Fast forward to the present: Kelly Clark is still alive. She’s still pushing women’s halfpipe riding to new levels. She’s still a medal favorite going into Olympic qualifying for Vancouver. But the emptiness is gone. Now she’s filled with love—a love that she can’t contain. And that changes everything. “Basically when I came to the end of myself, God met me,” Clark says.

Back to Rock Bottom

Later that dark day in Utah during qualifying heats, Clark overheard another rider consoling a crying contestant who had fallen and been knocked out of the competition. “It’s all right, God still loves you,” the girl offered.

The simple statement lit a spark of hope. Maybe God loves me? Clark thought. It was something to hold on to. Clark tracked down the girl at their hotel, introduced herself and asked the girl to tell her about God.

Clark had never been to church and only knew stereotypes about Christianity. “It was about going to church. It was about being good and following rules. That was my understanding of God,” she says.

Her new friend explained that following Jesus was about relationship, not religion. Clark took it to heart and began questioning life, spirituality, God. She knew her conditioning coach was a Christian and asked if she could bounce questions off him as she sorted things out. “He was like, ‘Definitely, we’ve been praying for you,’ ” Clark says. “And I was like, ‘I don’t know what that means.’ ”

He gave her a Bible and The Purpose Driven Life. Clark began to read and pray, asking God, “Okay, if you’re real, show me that you’re real.” After about five months, she asked herself two questions: “‘Could I ever wake up another day and not think about God?’ And the answer was no because He was already so real and active. And I asked myself, ‘Could I ever run from Him?’ And I was like, ‘No, because I know that He loves me.’ So I was like, ‘Okay, that’s it, and then I gave my heart to the Lord.’”

With the winter season ending, Clark’s world travels slowed down, and she plugged into The Lighthouse, a snowboarder church in Mammoth Lakes, Calif. There she found community and a haven to grow in her new beliefs.

It brought her peace and gave her an idea. She asked a friend to create a new sticker with the words Jesus I cannot hide my love. A snowboarder’s board is a place of importance, a place to display stickers of sponsors and allegiances and things of value. Kelly placed the new sticker prominently on the nose of her board.

“I basically figured honesty and openness are the best way to go,” she says. “Regardless of what was going to happen, I knew God was with me and that it was about love. It wasn’t about making a point or something.”

Some people didn’t understand the changes to Clark’s lifestyle, but most of her friends and sponsors embraced her for who she was. It was hard to argue with the fruit of her new life.

The biggest changes came internally as her identity shifted. Clark had been snowboarding since she was 7, structuring her life around the sport since her early teens and riding as a full-time pro straight out of high school. Snowboarding defined her, so it took a process of unlearning and relearning to separate who she is from the sport she loves.

“That’s what’s rad about Kelly, she’s not trying to fit an image. She’s totally cool with how she is,” says J.J. Johnson, pro snowboarder and vice president of Nations Foundation, a snowboarding ministry. “She pushes the focus at Jesus and not at herself.”

Life didn’t become perfect after meeting Jesus, though. Clark experienced more injuries than ever in the two years after becoming a Christian. Her TK knee surgery took six months to heal, and she suffered a concussion and two broken wrists. Her return to the 2006 Olympics wasn’t sealed until the last possible qualifier.

Then at Turin, she missed a medal by one point after falling on the last trick of her final run—a frontside 900, or two and a half rotations. She describes it as “a heartbreak,” adding “But it’s not a life-shaking thing.”

Clark feels healthier than ever in all aspects of her life as she focuses on Vancouver 2010. “It’s so much more fun when you’re not thinking that if it doesn’t work out, then your life’s going to be over,” she says. “But at the same time I’ve got to put my entire heart into it.”

Being a self-described, goal-oriented person, Clark is focused on gold. If she can maintain her momentum from a strong last season, her chances should be good. Last year she finished on the podium in every halfpipe contest she participated in and won the overall titles for Dew Tour Halfpipe, Swatch Ticket to Ride World Snowboard Tour and the Grand Prix.

“She’ll definitely come out of Vancouver with another medal,” says fellow 2006 Olympian Andy Finch. “She’s riding so well. Her confidence is up. She’s boosting bigger than all the other girls. There are definitely some other girls stepping up, but they don’t have her amplitude.”

Winning another Olympic gold would bring a sense of freedom, satisfaction and validation of eight years of hard work. But whatever the outcome—win or lose, healthy or injured—Clark is confident in her identity. She knows God loves her, and that’s something she just can’t hide.

“Just being able to pursue my dreams with God is something that’s part of the journey I’m on right now,” Clark says. “It’s been a really fun adventure.”

Jeremy V. Jones is a freelance writer, and the former editor of Breakaway magazine, who lives in Colorado Springs, Co. This story was published in Sports Spectrum’s Winter 2009 issue.

From Loss To Lesson: How the Welsh Rugby Union took on trolls and brought home the trophy