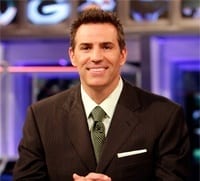 Last week, NFL Network analyst and former Super Bowl MVP, Kurt Warner, appeared on the Dan Patrick show and said that he would prefer that his sons don’t play football, citing the speed and violence of the game, risks of injury, concussions, and bounties in the NFL as reasons to be concerned as a father. He later backed off on that statement, but his initial thoughts on the matter brought him a lot of criticism.

After the comments, Warner was hammered by football analysts like Merrill Hoge calling Warner “uneducated and irresponsible” and Amani Toomer accusing him of trying to “trash the game.”

Well, after their accusations, Warner has fired back on his blog at KurtWarner.org. He talks about his 22 year old son who has TBI (Traumatic Brain Injury), the treatment of concussions at all levels of football, his own concussions that he sustained while playing in the NFL, and the long-term effects of concussions. He also said that he would love for his boys to play the same game that he loves, but still expressed his worries as a father watching his sons play a violent game.

What most interesting about this whole situation may be Warner’s observations about how society has become when it comes to voicing an opinion:

First, let me say that it always disappoints me that we can no longer respect others opinions, choose to disagree and use them as a means of dialogue to better understand the differing thoughts and concerns we may have, and from where these differing views stem.  In this day and age, it seems as if many take the approach, “It’s ok to share your opinion, as long as it agrees with mine, but if not keep it to yourself or you will be attacked.”  I hope all who read this will take a moment the next time they disagree with another and try to look at the topic from the others point of view before they attack that individual.

Washington Redskins linebacker London Fletcher talked with SI’s Peter King in his weekly Monday Morning Quarterback column about Junior Seau’s death and what the NFL should do to try and help players when their NFL career is over.

“I’m still in disbelief… And I think about what I’m going to be like at his age, 43, and how I’ll be coping with life after football.” (SI.com)

Fletcher believes that the NFL should mandate that all players go through some sort of counseling as they transition out of football.

You take the decision out of guys’ hands,” Fletcher said, “and that way, maybe some of them will be helped. If players have to go seek counseling on their own, lots of guys won’t do that. Men in general, we’re wired to hold things inside. It’s not manly to be vulnerable and ask for help. For me, now, I can tell you I’m going to seek help if I feel I need it. That’s what Junior’s death has taught me.” (SI.com)

A teenager in Iowa decided to take a cardboard cutout of Tim Tebow to her senior prom. Her friends told her they would give her $50 if she could get the real Tim Tebow to be her date but she got no response from Tim Tebow’s twitter feed. So she did the next best thing, and spent 20 bucks at a local hardware store.

How Jeremy Lin and Tim Tebow became bigger than their accomplishments (ESPN.com)