Airing it Out -- Oh, when the Saints go cashing in

By Brett Honeycutt Aug 15, 2012
"Cart-offs” and “knockouts” aren’t terms that normally produce thoughts of leadership and the NFL. If anything, they make me think of the anything-goes-world of boxing. But that terminology, made infamous this past spring because of the connection to the New Orleans Saints bounty scandal, or “Bounty Gate” as it’s been dubbed, is actually synonymous with the NFL and a lack of leadership... 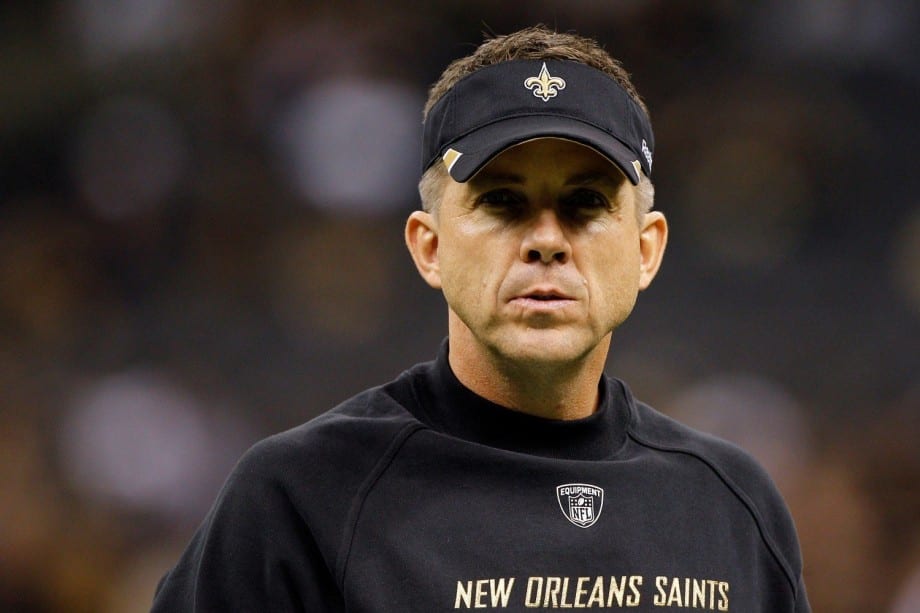 “Cart-offs” and “knockouts” aren’t terms that normally produce thoughts of leadership and the NFL. If anything, they make me think of the anything-goes-world of boxing.

But that terminology, made infamous this past spring because of the connection to the New Orleans Saints bounty scandal, or “Bounty Gate” as it’s been dubbed, is actually synonymous with the NFL and a lack of leadership.

Despite the proof, there are mixed feelings about the scandal.

But there shouldn’t be, especially when you review the evidence.

On one side you have some of the players named in the investigation who deny it even happened.

But others, who have viewed the evidence (of charts listing $500 to $1,000 payouts, testimony from players, and audio tape, especially that of former defensive coordinator Gregg Williams telling players to go after a player with a history of concussions), say there’s no doubt it happened.

Most disturbing was a quote by Williams, who admitted to NFL investigators that “he was rolling the dice with player safety and someone could have been maimed.”

No gray area there.

Even more crippling to the naysayers was a document in Williams’ handwriting that showed player donations to a “QB Out” pool. The donation total, for knocking a quarterback out of a game, was $35,000, with Saints player Jonathan Vilma contributing $10,000.

For a taste of the evidence, google “Sean Pamphilon” and “ninersnation” and add “bounty” to your search. Some of the evidence released by the NFL will make your stomach churn.

What is clear is this: Players admitted that side bets are common in the NFL, and some have termed this particular incident by the Saints a Pay for Performance, which is against the league’s collective bargaining agreement.

But the main focus of this investigation was the Bounty Program, slightly different than a Pay for Performance program and something that could bring legal action.

For now the scandal has resulted in the suspension of four players (Vilma, Anthony Hargrove, Will Smith, and Scott Fujita), three coaches (Williams, head coach Sean Payton, and assistant coach Joe Vitt) and General Manager Mickey Loomis. The Saints also had to pay a $500,000 fine and give up second-round draft picks in 2012 and 2013.

Even after the evidence, the NFLPA still issued a statement saying the suspensions were unjustified.

After putting out that statement, I’m wondering how their leadership can be justified.

I say that because the bounty scandal is more about leadership, or a lack of thereof, than it is about the wrongs of injuring other players.

If Williams, Vilma, the NFLPA and others had just applied what Philippians 2:4 says (“Each of you should look not only to your own interests, but also to the interests of others.”), or even Luke 6:31 (“Do to others as you would have them do to you.”), the mere thought of injuring other players would be unthinkable.

And to think that the leadership lesson from Philippians was written from prison should cause anyone to pause and think before they act negatively toward others.

Good leadership advice is found through God’s wisdom, not the wisdom of fallen man.

This column was published in the July 2012 Sports Spectrum DigiMag. Print and digital subscribers, log in and view the issue here. Brett Honeycutt is the managing editor of Sports Spectrum magazine. His column addresses topics from a biblical perspective. Follow him on Twitter-@Brett_Honeycutt.