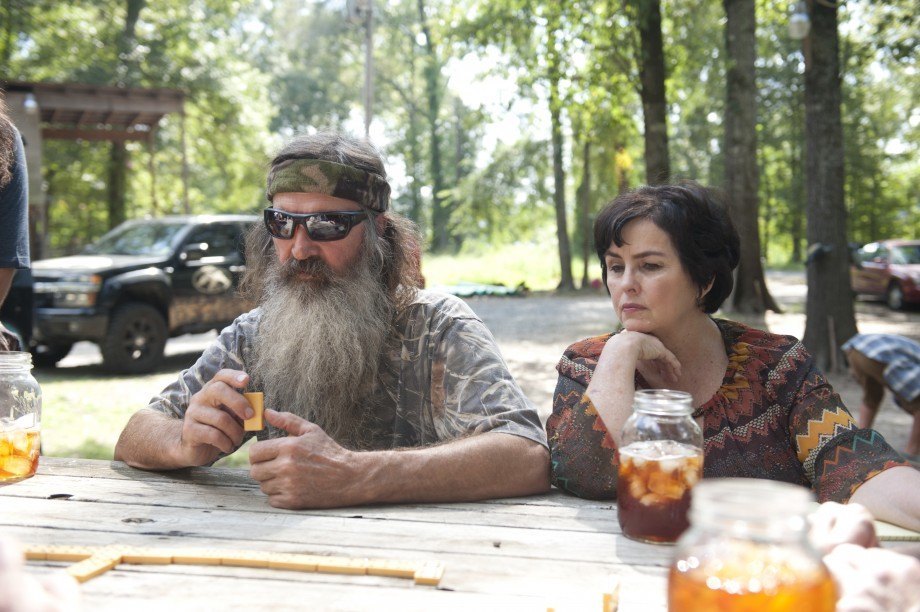 I know a basketball agent who went to the NBA All-Star game last year in Orlando. He was networking with some guys, hanging around after the game, and took a look around at his surroundings.

He noticed a number of women hanging around after the game—a lot of women—and not just any women, women who wanted something. High heels. Short skirts. Tight shirts. Makeup-coated faces, like apples dipped in caramel. Women waiting for the players to come out so they could get their shot, whether it was a one-night stand or a life as a basketball wife.

I say all of this because I don’t know if I could take it. I’d never wish fame on anyone. I’d certainly rather be Landry Schmidt than Tim Tebow. And who’s Landry Schmidt? Well, you’ve never heard of him. And neither have I.

Standing in Willie Robertson’s office this February at the Duck Commander warehouse, I wondered what it would be like to have 8 million people, on average, watching Duck Dynasty—your show—every Wednesday on A&E, to be recognized everywhere you go because you’re on television and you’re hairy. So I asked them. I asked Phil and Willie Robertson if it was hard to be famous, if sin was more tempting, if fame was corrupting.

Willie said his fame actually keeps him more accountable. Because he’s influencing more people, he’s more guarded and more aware of his actions. That was fascinating. Then Phil spiritualized it: “The resurrection of the dead pretty well trumps the momentary pleasure of sin,” he said. “The long-legged chicks that show up, you say, ‘Is it more powerful than the resurrection of the dead?’” And that was fascinating, too.

Then came Easter, and I started thinking about this whole “resurrection of the dead” thing, since that’s what Easter is about, and that’s when everyone actually acts like Jesus rose from the dead, at least on Twitter and Facebook. Not that that’s bad. I just know that the resurrection didn’t cross my mind three days after Easter, which is kind of sad, considering that what Jesus did, conquering death and all, is really quite a remarkable thing.

I started thinking about what Phil said that day at the Duck Commander warehouse. As a Christian, I obviously like it conceptually: The momentary pleasure of sin doesn’t compare to something as life-changing and eternally significant as the resurrection. But how do I get there? It’s good in theory. But how do I believe that? How do I trample the temptation of sin with the glory of the empty tomb?

I have a buddy named Mike who meets me once a week to talk about topics that make my head explode a little. Mike works for College Golf Fellowship (CGF) and recently put together a devotional for college golfers across the country. Mike says that he, too, hardly thought about the resurrection three days after Easter. I think most people are like this, not just Mike and I, and, before I beat myself up too much, I think about guys like John the Baptist, the greatest man who ever lived according to Jesus, who doubted during Christ’s final hour; or those who saw the risen Christ and still doubted (Matthew 28:17); or Paul, who pretty much went to seminary with Jesus in the desert, yet still cries out in Philippians 3:10 that he wants to “know the power of his resurrection,” kind of indicating that it’s still a journey for him, even though he spent time with the risen Christ.

What Mike told me was just that—that knowing the resurrection is a journey of sorts. Intimacy, Mike says, plus reverence, equals wonder. You never really get to the end of the journey, at least, not until you are in heaven. You just kind of wonder about it more out of intimacy and reverence. It kind of makes sense we can’t fathom the resurrection, if you think about it.

But reverence, I’ve found, is difficult in a society where its people are constantly on Facebook, Twitter, Instagram, LinkedIn, email, and so forth—hardly slowing down, hardly thinking outside of our own little worlds.

Phil Robertson, on the other hand, has to be one of the simplest people I’ve ever met. He’s never owned a cell phone and can’t operate a computer. He’s a woodsman who spends time out in creation and a family man who is in love with Miss Kay. I sometimes wonder if Phil knows God in an entirely different way than the iPhone, multi-task generation knows God. Part of me thinks he has a better grasp on the resurrection than most. He has a simple, reverent lifestyle. I don’t know. Just a thought.

I’m trying to slow down a little—to look up at the sky a little more, to take pictures of the trees in bloom outside my apartment and write a poem about it, to brew coffee in the morning and listen to the birds in the woods outside my office window, or watch Passion of the Christ and really think about what it would have been like.

The other night, I was laying in bed listening to a debate between Sean McDowell and James Corbett. Don’t ask me why. It was a long, dark night of the soul, and I couldn’t sleep, so I decided to be a theology nerd, which is kind of a hobby of mine. Anyway, Sean McDowell is, like, 33, and Corbett is in his 60’s or something. I was blown away by McDowell’s wisdom, knowledge, and thoughtfulness toward some of the deepest issues of life at such a young age. I felt like he knew God.

If you came into my office today, you would see “Sean McDowell at 33” written on my white board. To me, it’s a challenge for meaning. I know nothing about the guy, honestly; I just listened to a debate, the one I’ve been speaking of. I’ll never be him, but I at least want to know God like he does. I want intimacy. I want reverence. I want wonder. I want to move in the right direction, toward Sean McDowell at 33.

Like Phil Robertson, like Paul, I want to know Christ and the power of His resurrection, to get lost in that mystery.

This column appeared in the April 2013 DigiMag. Stephen Copeland is a staff writer and columnist at Sports Spectrum magazine. His column tackles sports and faith from another angle, whether it’s humorous, personal or controversial. Follow him on Twitter-@steve_copeland or email him at stephen.copeland@sportsspectrum.com.