From the Archives -- Covered 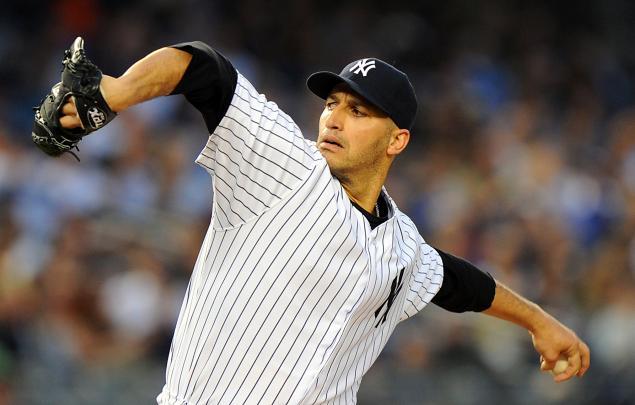 In a controversial season for Alex Rodriguez because of his involvement in the Biogenesis case and his appeal to Major League Baseball, we dug up this story from our Summer 2009 issue about A-Rod’s teammate Andy Pettitte. Pettitte admitted in 2008 to using performance enhancing drugs; and his road to confession, forgiveness and redemption is chronicled in today’s archived story…

Last year during the New York Yankees spring training, pitcher Andy Pettitte was faced with answering questions about his involvement with Human Growth Hormones (HGH) and about being named in the Mitchell Report.

This year has been a little different – it’s more relaxed, if that’s possible for the Yankees, but more focused on baseball instead of facing media every day and answering the same questions.

Pettitte, who recently inked a one-year deal with the Yankees worth $5.5 million and another $6.5 million in bonuses, said he has moved on and grown as a Christian because of what he went through last year.

“Sometimes you feel you are living life as well as you can and serving Him, and you feel like you are clicking as far as your walk, and you still get blind-sided with stuff,” said Pettitte while talking to Sports Spectrum and sitting outside the dugout at George M. Steinbrenner Field in Tampa during spring training this past March. “And you’re like, ‘God, what are you trying to do here?’”

The “stuff” Pettitte was referring to was the media storm that hit Tampa during last year’s spring training after the 6-foot-5 left-hander was named in the Mitchell Report for using HGH.

In 2002, Pettitte was on the disabled list with tendonitis in his elbow. Brian McNamee, who served as Pettitte’s trainer after 1999, went to Tampa to assist him in rehabilitating his arm. From an excerpt in the Mitchell Report, “McNamee recalled that he injected Pettitte with human growth hormones that McNamee had obtained from (Kirk) Radomski on two to four occasions.”

HGH is a synthetic hormone and acts as the chemical that pituitary glands secrete. It is meant to stimulate growth and muscle mass and assist the body in healing. It is not a steroid and was not banned in MLB until 2005, after Pettitte admitted to using the substance.

“Brian McNamee told the truth about me,” said Pettitte, who turned 37 on June 15. “For me, going through that, it just verified the truth. I didn’t take (HGH) to get an edge – I took it to heal my body.”

Pettitte took HGH for two days in 2002, with the assistance of McNamee. Pettitte then admitted to using it again in 2004. This time it was supplied by his father, who was using it to fight health and heart problems.

“I just needed to come clean with it, because I was having trouble sleeping at night,” he said. “It was a time when nobody in the world would have known that I did it then, except for me, my father and the Lord. I could have easily not mentioned it, and nobody would have known.”

Pettitte naturally wanted to protect his earthly father, but he also needed to be true to his Heavenly Father.

“It was just stupid on my part,” he added. “Again, in the back of your mind you’re thinking, ‘who’s going to know this?’ Did I think about not bringing my dad into it? Of course, I did. But I testified about my dad mainly because it was the right thing to do – and because my dad wanted me to, even if it hurt him.”

The entire ordeal proved to be challenging for Pettitte and his family. He said he used the experience as a way to minister this past summer.

“I had a lot of opportunities to share more in churches and speak to kids,” he said. “This whole thing just proved to me again how wonderful my God is no matter what. He’s always molding us and making us what He wants us to be. I felt like, maybe in life when you’re pushed to continue, even when you feel a little stale in your walk, things push you to speak more and share your testimony more, and I had the chance to do that.”

Pettitte said he spoke of how God’s grace helped him through last year and that if you handle everything with integrity, things work out for the best.

“I said in the past that if I let people down, then I’m sorry,” he said. “I’ve tried to do things right my whole life and have been a Christian since I was 11 years old, but you go through things for a reason, and I did what I did to help heal my body.”

Now that the situation is behind him, Pettitte is focused on baseball. He’s excited about this year’s Yankees squad, but he realizes retirement is approaching.

The outlook for this season is good. Pettitte, whose trademark pitches are his four-seam fastball and his cutter, is a traditional ground-ball pitcher. But he can still strike out batters as attested to his 158 Ks last season.

He did struggle toward the end of last season and admitted he should have gone on the disabled list because of shoulder pain, but he feels “100 percent healthy” now.

Pettitte, the first pitcher since 1930 to win at least 12 or more games in his first nine seasons, said the 1996 World Series victory against the Atlanta Braves remains his favorite accomplishment. During Game 5 at Atlanta, Pettitte squared off against John Smoltz in a pitcher’s duel. Pettitte threw a 1-0 shutout, and the Yankees went on to win the series 4-2.

He made two All-Star teams (1996, 2001) and he was the American League Championship Series MVP with two victories againstSeattle in 2001.

He knows his options after baseball could involve broadcasting or coaching, but there is one area of his life that is certain.

“I do know I want to be extremely involved in my church at home,” he said. “I love kids, and I want to be a positive influence on them and help them to come to know the Lord.”

He then stressed that he wants to be with his own children.

“I’ve been doing this 20 years now, and I miss the summer months, and I miss my own kids. I have a responsibility to them to be there and to be a good example to them.”

Working with children has been a highlight of his career. He wrote a book in 2005 called “Strike Zone – Targeting a Life of Integrity and Purity.”

That’s the message he wants people to remember.

“God has taught me to do the right thing, no matter what,” he said. “I’ve tried to treat people the right way – with respect and to serve people and love on people. And it has all came back to me tenfold. Everything – everything with me in my life has been God revealing just how amazing He is.”

This story was published in the Summer 2009 issue of Sports Spectrum magazine. Del Duduit is a free-lance writer who lives in Lucasville, Ohio.