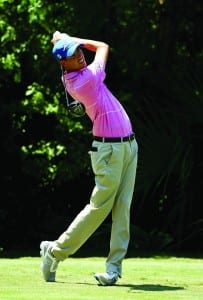 Young, rich, handsome and Christian. That’s the formula for many on the PGA Tour these days, but for Cameron Tringale and Chesson Hadley, they’ve found that their faith in God and their association with ministry partner College Golf Fellowship equals more than any on-course achievement can ever bring.

Tringale, 27, would seem to be the definition of success for many young pros, judging only by his on-course statistics. A three-time All-American at Georgia Tech, Rookie of the Year in the ACC, and hero of the Walker Cup has already earned $7.3 million in career prize money and is a consistent force among today’s young, 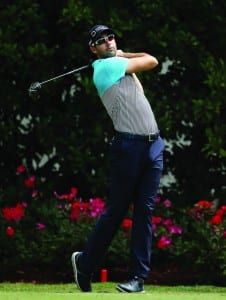 “With golf sometimes it becomes an end-all, be-all, and that’s not how it’s supposed to be in the Christian life,” he says.

The only on-course, ‘negative,’ is his lack of PGA Tour victories, although he’s turned in 14 top-10 finishes in six years on the Tour. But those who know him best said that Tringale has found the proper priorities for his often-publicized and scrutinized career.

“For Cameron, it doesn’t  matter if he wins 50 times or never wins out here, he’s found peace and perspective in what he does,” says College Golf Fellowship regional director Marcus Jones.

Tringale said part of that perspective came from his good friend and college teammate at Georgia Tech, Hadley. The 2014 PGA Tour Rookie of the Year was the first to introduce Tringale to College Golf Fellowship, which encourages young amateur golfers to grow in their personal faith.

“Chesson Hadley was a friend at Georgia Tech, who I played golf with in college and has helped me a lot,” Tringale says. “He invited me to his church in Atlanta and introduced me to College Golf Fellowship, and that’s when I really started to grow in my faith.” 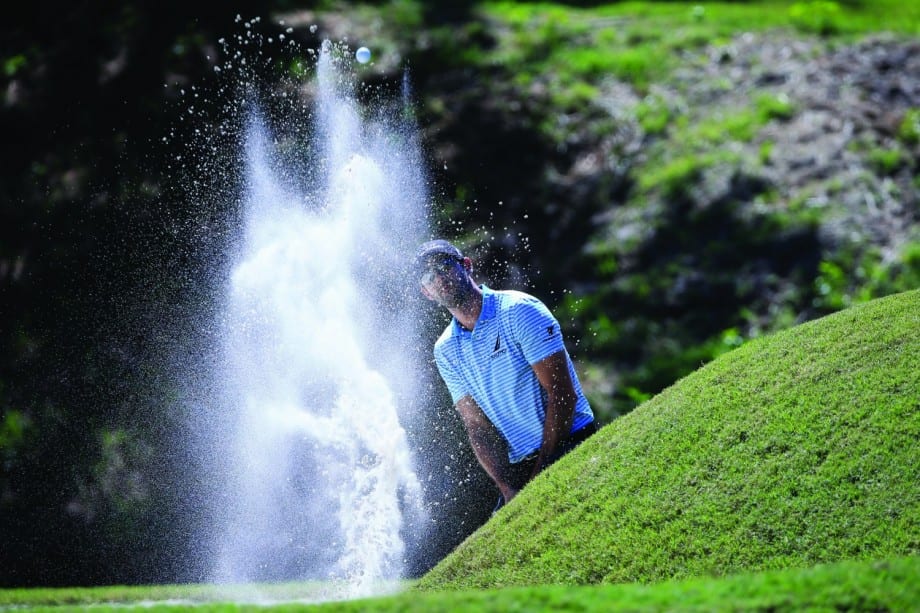 It came at an important time in Tringale’s college career as the more times he won on the course, the more spiritually empty he felt off of it.

“In college, God allowed me to have much success, being named ACC Freshman of the Year, three times all American, Walker Cup, and every time I would have success there would be a high, and then I would think, ‘Is that all there is?’” he asks.

“I would feel empty, and that’s when I started to feel the need for God’s presence.”

He arrived full-time on the PGA Tour in 2010 with 22 appearances, three top-25 finishes and has never looked back with second-place finishes in both 2014 and 2015 and multiple top-10 finishes almost every year.

But Tringale, who moved to South Florida after graduating from Georgia Tech and once lived with Rickie Fowler, says he’s found the so-called glamour of professional golf also has downsides for those who want to grow in their faith. 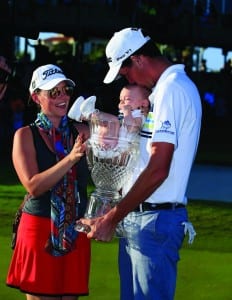 “Golf is how I make a living, and I know it should be at the top of my life goals,” he says. “We make a great living with a lot of money, and we’re very fortunate to do that.

But I know my relationship with my Lord is more than that.

“We are given a chance to do what we love, but it’s not always a glamorous lifestyle. I’m probably only home 20 weeks a year and it makes it hard to connect with people and to create solid bonds. That’s why the guys out here are a big part of my family.”

Along with Hadley, Tringale has also found fellow believers Ben Crane, Jonathan Byrd and Blaine Barber to spend time with and also has benefitted from the weekly Tuesday Bible study led by PGA Tour chaplain Larry Moody or another spiritual group leader.

“I found there are a lot of solid guys here on Tour and it really helped my Christian growth; it allowed me to develop some really good friendships, and we have been able to walk together in life. As you go through the PGA Tour, you always find roadblocks and you go through tough times,” Tringale adds.

One of the things that Tringale has faced along with other young Christians, is looking for the right mate when you’re traveling constantly and usually unable to spend more than a single week in the same location.

“It’s difficult to date on Tour and to find the right person because you don’t have a lot of face-to-face interaction,” he says. “I’ve tried it a couple of times, and it can be tough.” 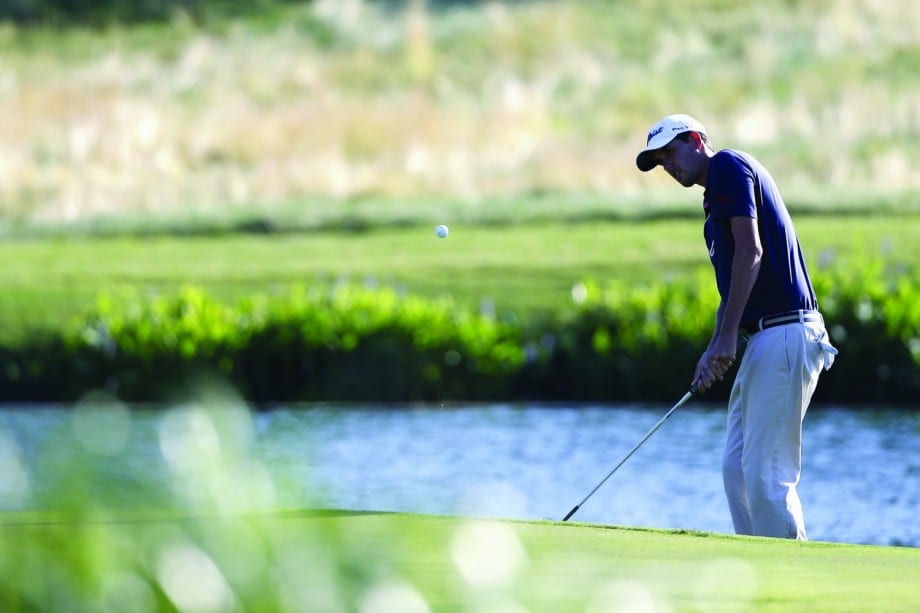 Along with learning from his fellow young Christian golfers, both Tringale and Hadley have benefitted from learning from more mature believers like longtime Tour golfer and fellow Georgia Tech alumni Stewart Cink.

“Cameron and Chesson are two personalities on opposite ends of the spectrum. They couldn’t be much further apart. But both golf and faith break down barriers and connect all different types of people,” Cink says.

“Cameron is a thorough, hard-working, disciplined, straightforward kind of guy, and it reflects in his golf game. Chesson just gets a kick out of being around other folks. It’s obvious how much he’s enjoying his growing career on the PGA Tour. There’s a little bit of childlike innocence that’s easy to engage.” 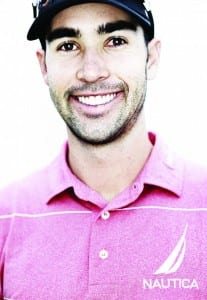 Hadley, 27, who is married and just welcomed his first children into the world, said his Christian faith has helped him and others and will work for any stage of life.

“It wasn’t until college that I had that official attitude change in my heart…my whole perspective on life is different when you are trying to do what the Bible says on a daily basis, and it’s a neat transformation because you don’t think about yourself as much anymore as you do others,” Hadley said at a College Golf Fellowship event. 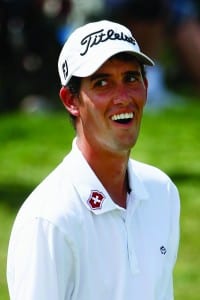 In order to give back to others in the same way he has been helped, Tringale has teamed with College Golf Fellowship to host a summer West Coast fellowship retreat for college golfers. The retreat is designed to help the college golfers grow in their faith.

“On the Tour, these guys receive a lot with people always trying to do things for them. But guys like Cameron are giving back and serving the next generation of young (college) guys, which is a great blessing. Cameron is as solid as they come,” Jones says.

When an off-course injury in 2013 temporary halted his progress, Tringale says he leaned on his faith in this most public of sports, which should be in the Lord, not his considerable golfing ability. He used the Bible passage which states when thing are considered impossible with many, all things are possible with God.

Young, rich, single and wise in the ways of the Lord, both on the course and off.

Art Stricklin lives in Texas and is a longtime contributor to Sports Spectrum.