Read in-depth about David Robinson’s faith journey during his basketball career in this 1992 Sports Spectrum article. Often considered one of the greatest centers in collegiate and NBA history, “The Admiral” started to take his Christian faith seriously during his third season in the NBA.

Today, Robinson keeps busy with involvement at the charter school he founded, IDEA Carver in San Antonio, TX, and oversees Admiral Capital Group, a private equity firm he co-founded to provide funding for the school. He earned a Master of Arts degree in Administration in 2011. 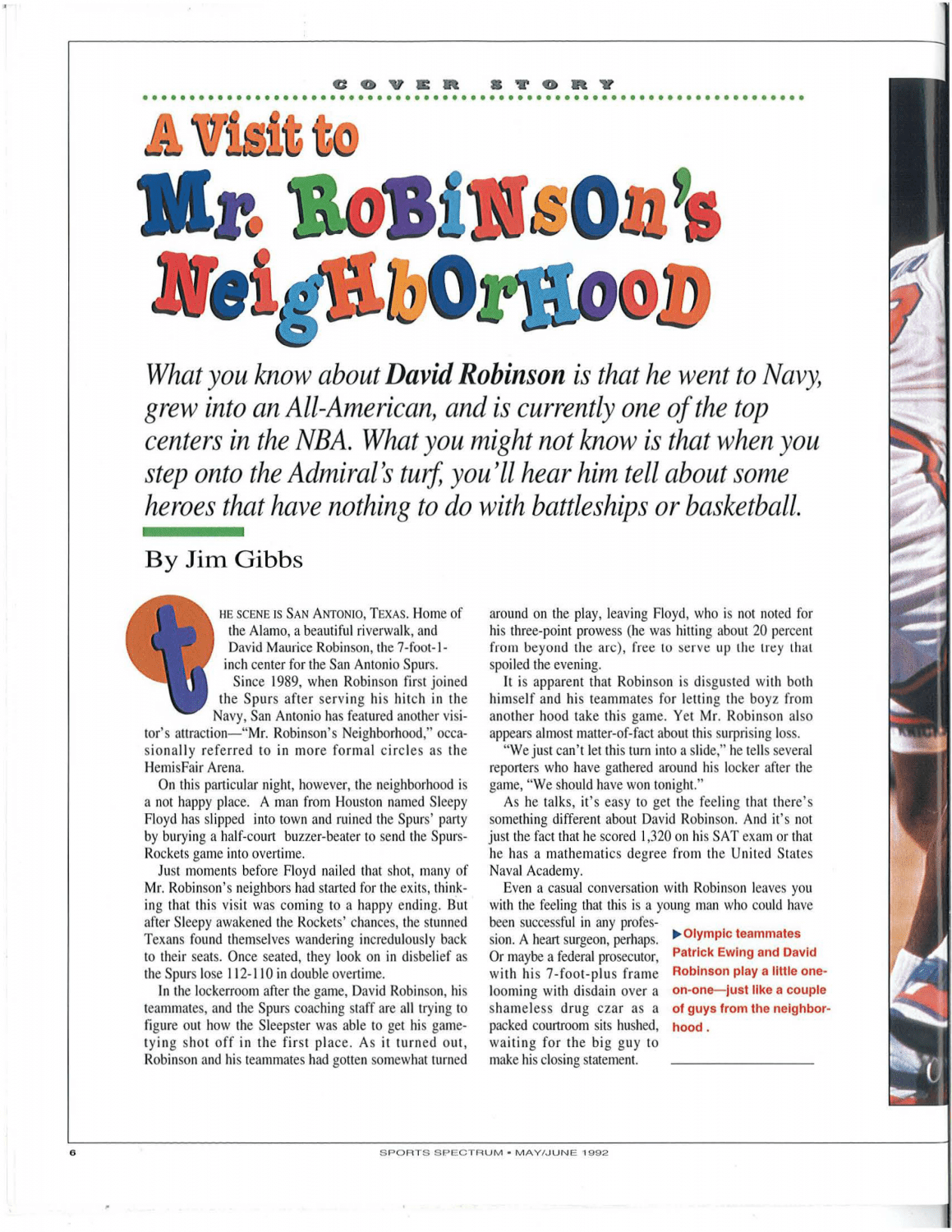 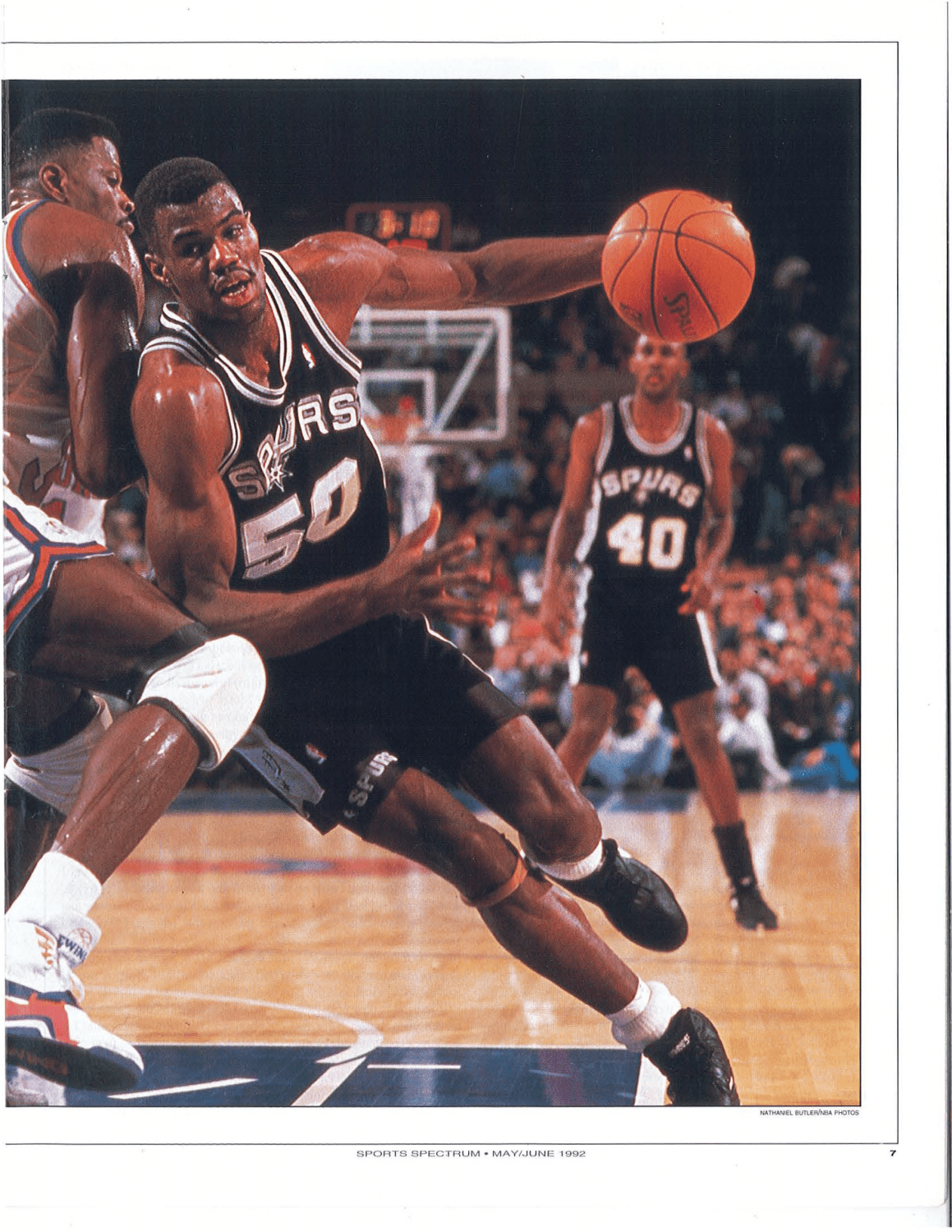 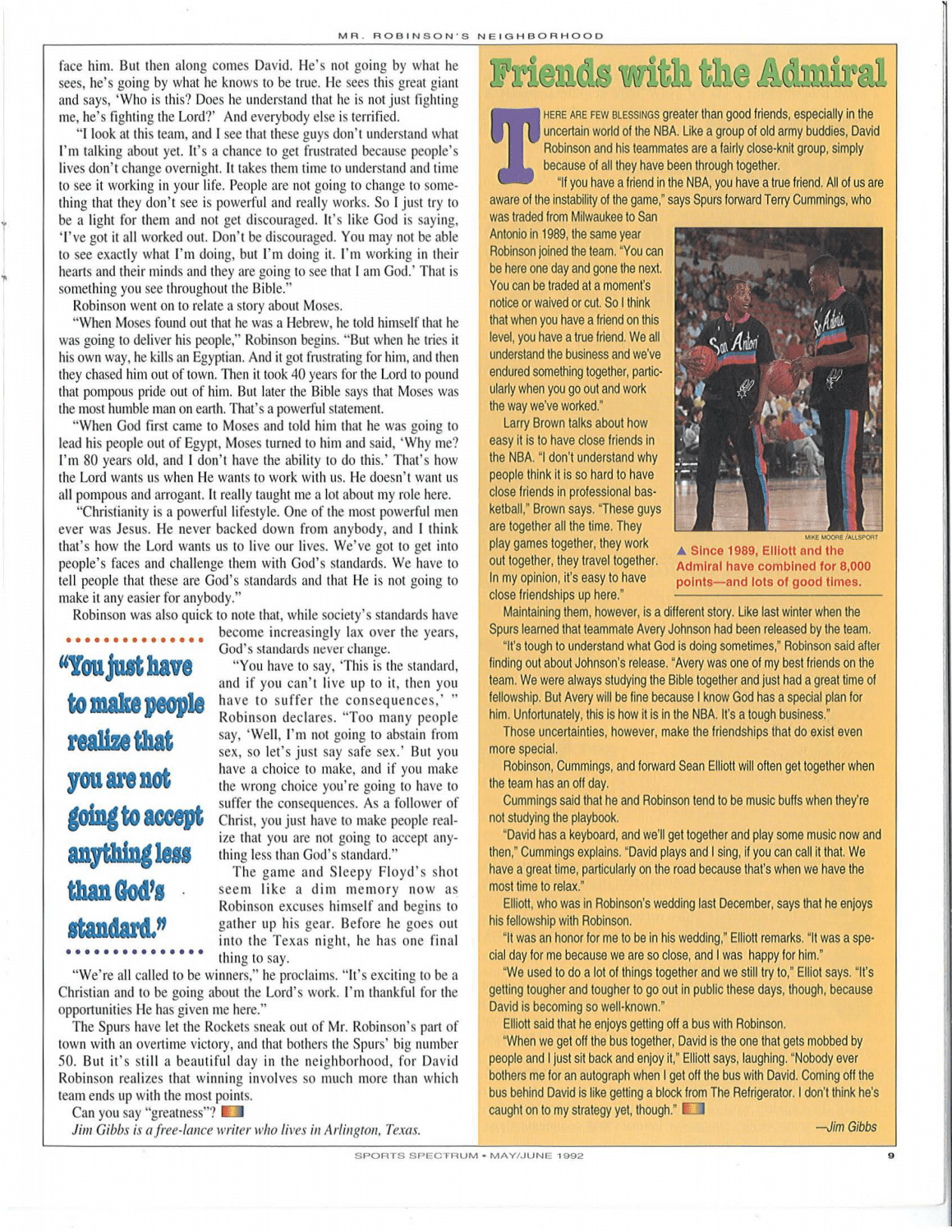