Airing It Out -- Why we stand with Robert Guerrero 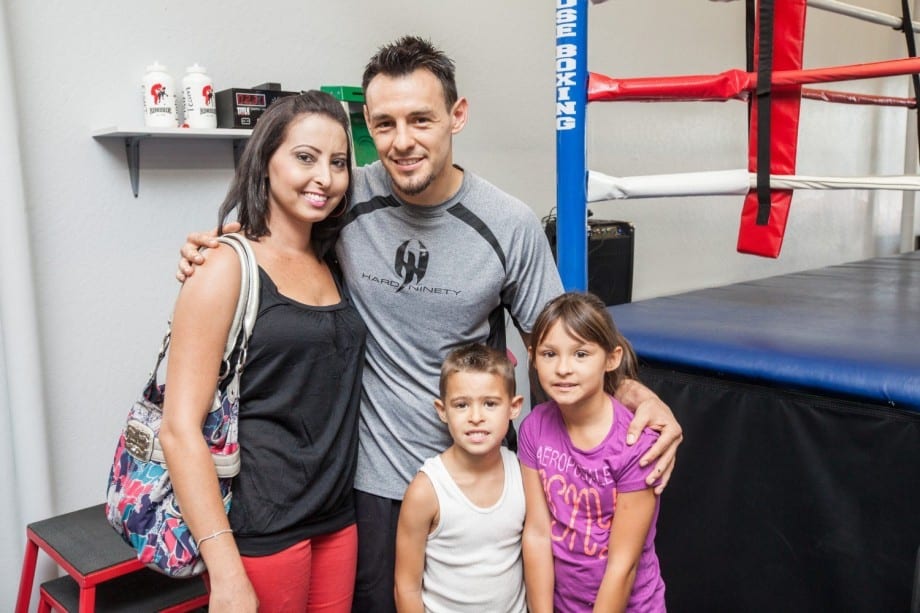 When I read about Robert Guerrero getting arrested, all sorts of emotions welled up—at first.

Then I read what happened and I thought, “No big deal.”

We have a logic fail by anyone who thinks otherwise, including people like ESPN’s Dan Rafael who, unfortunately, have essentially equated it with crimes like domestic violence.

Please read on if you care about logic and common sense and also please read the entire column before reacting, shooting off an email or commenting.

Here’s the story: Guerrero was arrested at New York’s JFK Airport on possession of a hand gun…which had no bullets…with no ammunition on him.

Why was he arrested? Because New York City has a strict gun law, that some call unconstitutional, and that actually has ensnared a U.S. marine (Ryan Jerome in 2012) and also a nurse (Meredith Graves in 2011), both of whom have concealed weapons permits for Indiana and Tennessee, respectively.

Does that matter, even though New York City also has issued concealed weapons permits and allows people with those permits to carry them? Some permits even allow people to carry them in every place except court buildings, schools, sporting events and any place that would have a sign, as revealed by radio personality Anthony Cumia (who has such a permit in New York City).

In essence, though, New York City is saying, “We don’t care about what Indiana and Tennessee say. We make our own rules. We don’t recognize your concealed weapons permit, even though you are registered in other states.”

Can you imagine if our drivers licenses were treated that way? “Sir, I know you have a license to drive in Indiana, but you can’t drive through this state until you get approved.”

It’s really a great picture of our society and why it appears we are so chaotic in our beliefs. One says it’s right, another says it’s wrong. In essence, it’s moral relativism cloaked in something trivial like this.

The main issue I have, and which Rafael waded into, is that nearly every news source that has been reporting on Guerrero’s story seems to follow this pattern: “Robert Guerrero, who just appeared on the 700 Club and is devout in his Christian faith, was arrested for carrying a hand gun.”

Okay, so what? What’s the point of saying anything about his faith in relation to this? It has nothing to do with it. At all. I repeat. Nothing.

New York doesn’t recognize that he legally has a permit from another state. He has been approved to carry a gun. That is the story that everyone, including Rafael, is missing. So, if he was in California, where he has a concealed weapons permit, he wouldn’t be arrested. But, if you go to New York, it’s wrong. So, is it okay or not?

It doesn’t mean he’s bad, which Rafael subtly insinuates by lumping Guerrero in with Floyd Mayweather’s crime of domestic violence. C’mon Rafael, you’re better than that. You think Guerrero, who has a great reputation, is the same as Floyd Mayweather, who went to prison for domestic violence? What’s ironic is that part of Guerrero’s story is that he stayed by his wife’s side while she was close to death and while she was going through cancer treatments.

So, again, Rafael, you’re telling us that Guerrero is the same as Mayweather? Again, you’re a better journalist than that. Sensationalizing something because you can doesn’t mean it’s okay to do.

I know, some might say Guerrero broke a law. Again, though, if a law in one state is different than a law in another state, does it make it right or wrong? That’s the whole conundrum. Because, if it’s okay to carry a handgun in Tennessee, but not okay to carry it in New York because New York doesn’t recognize Tennessee law, then which state is right? Is Tennessee right or is New York right?

Guerrero has a great reputation and he has a strong faith in Christ, which we cover in our feature on him, “Invisible No More.” Guerrero is not some hardened criminal who doesn’t care about the law. He mistakenly thought it was okay, just like a U.S. marine did and just like a nurse did (both were given plea deals and basically got out of the situation).

He is a solid husband, with a great reputation, that some, unfortunately, seem to not care about.

Your reputation. That’s what’s important. But more than that, it’s what you know to be true about yourself, despite what others might say.

Robert Guerrero, hold your chin high and don’t listen to others.

We stand with you.

This column was on sportsspectrum.com. Brett Honeycutt is the managing editor of Sports Spectrum magazine. His column addresses topics from a biblical perspective. Follow him on Twitter-@Brett_Honeycutt.