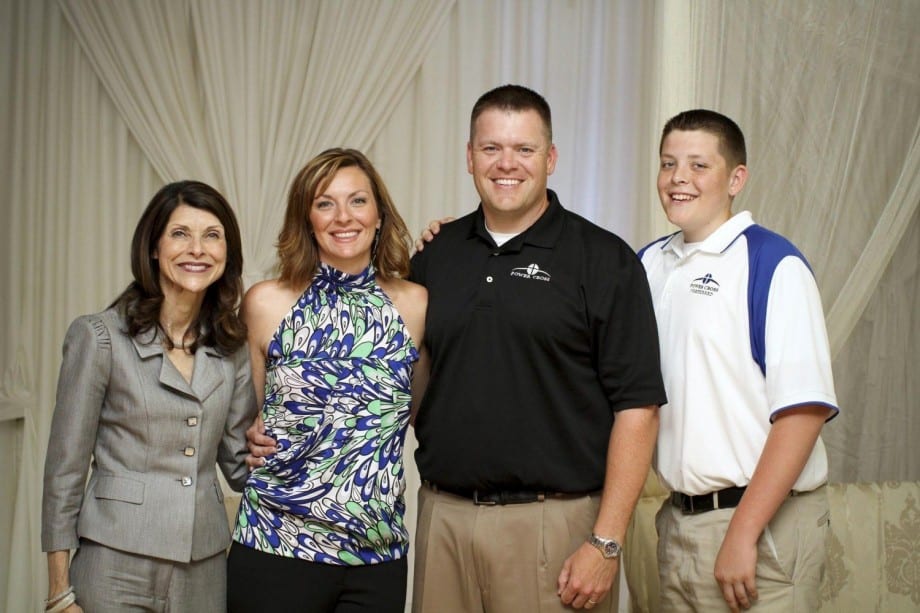 Jeff and Natalie Storment sacrificed everything, but they couldn’t deny the calling

Jeff and Natalie Storment’s lives had seemingly been changed overnight.

Jeff had just become a Christian, he was reading his Bible, praying and trying to figure out what God wanted him to do with his life.

Jeff’s job required a lot of traveling, so he had time to listen to an audio version of the Bible that his mom had given him. During that time, he and Natalie continued to talk about what God wanted them to do.

His desire for God seemed insatiable.

“We got to a point where we knew God was wanting us to do something,” Jeff says. “We were in church all the time. We didn’t really understand what He was wanting us to do, but our idea was to leave (town). Our idea was to get out of (Statesville, N.C.) and leave it behind. And His idea was for us to stay. We decided that we would start praying about it, and when we started praying about it, God started giving us visions.”

The visions kept coming, but Jeff couldn’t bring himself to talk to anyone about them.

“I was embarrassed to talk to (Natalie) about the vision, because I’m not somebody that really likes to talk about reoccurring dreams,” Jeff says. “I kept having this dream over and over again. I kept seeing this black community in this indoor football complex with their hands raised in praise and worship. I didn’t really understand what God was telling me at the time, but I looked over at her after that dream one night, it was about 3 o clock in the morning, and I said, ‘Natalie, what are you doing up?’ She goes, ‘What are you doing up?’ I said, ‘Well, ahhh…’ She goes, ‘What?’ I said, ‘Well, I keep having this dream.’ And she says, ‘What? What kind of dream?’ I told her, ‘It’s about this indoor football complex and the whole community being there.’ And she said, ‘Well, that’s funny, I just had the same dream.’”

What some could see as a struggle to follow God was really just Jeff trying to figure out what he needed to do. He wanted to do it, he just wasn’t sure what exactly it was.

“I was a new Christian when all this was going on. I had just given my life to Christ and accepted Him as my Savior,” Jeff says. “It was a very hard transition for me because I went from being a partier and having a lifestyle like I grew up with, to completely changing, basically overnight, reading my Bible, praying, and trying to understand exactly what God was wanting us to do with this ministry and exactly what He was wanting me to do with my life…I figured out that I was supposed to serve Him, and I wasn’t supposed to serve me. And seven years later, we’re at a point now where we have baseball fields, and we have half the community out here watching a baseball game.”

That baseball field, helped by a $45,000 grant from Major League Baseball’s Tomorrow Fund, is only part of the way the Storments reach out to their community through Power Cross.

“Power Cross is a boys ministry that works primarily with underprivileged kids, ages 7and up,” says Natalie. “Through sports, academic support, tutoring. We require them to hold a high GPA to help prepare them for college.”

The Storments, who ended up leaving their jobs six months after beginning Power Cross because they didn’t think they could adequately minister to the children God had called them to reach, provide about 300 free meals per week, all of which Natalie cooks. They serve the meals from a facility where the boys and their families can come to relax, get away, and, most importantly, learn about God through Bible studies during the week.

“We teach them about Jesus,” Natalie says. “That’s where we think their foundation needs to be.”

They do that through discipleship, Bible study at least two nights per week and a leadership program with 22 kids, who get a little more fed into them and who are able to take it to places the Storments can’t get into.

“One thing we try to do is really help them understand that having a relationship with God is a daily commitment you do for yourself, it’s not attending church on a Sunday,” Natalie says. “We want them to understand that being a Christian is your life, it’s not a lifestyle, it’s not a character trait, it’s who you are. We really try to teach a kid that we pray over everything.  We ask God first for anything, and we give God glory for those things, and there’s a purpose for that. We try to help them understand there is a purpose for that.”

Sometimes, the situations are so tough that boys have come to live with the Storments. Sometimes they may only stay overnight, but others could stay for extended periods.

“As a young man, I longed for a relationship with my father,” Jeff says. “It’s just a relationship I still long for. My dad is not what I want to consider an ideal Christian father. I think that’s why God picked me to lead these boys, was to show them what a father was supposed to be like, and to show them exactly how a man should be the head of the household like the Bible tells us.”

Following God and His direction and giving up what the world sees as important comes with a cost, though, but it has helped the Storments rely only on God to provide.

At one point, they had drained all of their bank accounts and only had $50 to feed the kids. Natalie figured out that she could buy hot dogs for that next meal, so she did. The next day, they received a check for $2,000, their first donation to the ministry.

For a family that had been successful financially by the world’s standards, it wasn’t comfort. But it didn’t matter—because they had the comfort of resting in God alone.

For more information on Power Cross or how you can help, go to www.powercross.org.