THIS IS EPISODE 44 OF THE SPORTS SPECTRUM PODCAST

Chris Broussard is a former ESPN NBA Insider who now works as a sports commentator at Fox Sports.

Broussard started his broadcast career in 1990 at the Cleveland Plain-Dealer. After stops with the Akron-Beacon Journal, and the New York Times, Chris landed with ESPN in 2004.

In the Fall of 2016, Broussard departed ESPN for a new venture with Fox Sports as a sports analyst. He also co-hosts a Saturday Night radio show on Fox Sports Radio and hosts a weekly NBA podcast called “In the Zone.”

In 2009, Broussard introduced the idea of the K.I.N.G. Movement to Malik Carey, the youth minister at Bethany Church in West Orange, N.J. They started building and attracting support for the movement, and today it has approximately 150 members nationwide.

The name K.I.N.G. is an acronym for Knowledge, Inspiration and Nurture through God.

On this episode of the podcast, Chris shares his amazing story of coming to faith in Christ, why he left ESPN for FOX, who he likes in the 2016-17 NBA Finals, and if he regrets what he said in 2013 on ESPN’s Outside the Lines regarding the Bible’s view of homosexuality.

7:15 – Adjusting to life away from his family with the new job.

32:50 – Becoming a public personality at ESPN 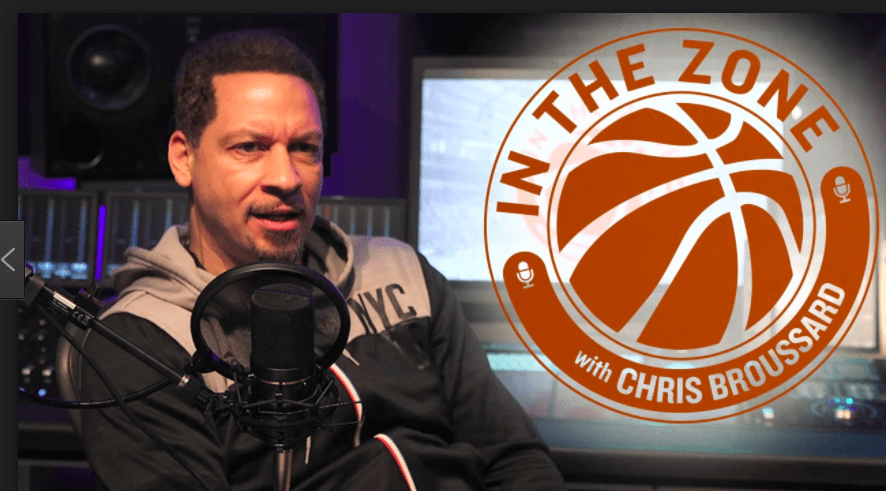 “I can’t imagine living without Christ. I’m sure I would survive, but as far as having joy, peace, security, I just can’t even fathom it.”

“I don’t regret it because I think I shared the truth in love, which is what we’re called to do as Christians.” (on his remarks made in 2013 on ESPN’s Outside the Lines)

“Being secure in Him. Walking in faith rather than in fear. Its a fight to overcome it. We might want immediate deliverance from something but God says you have to be prayerful and resolute everyday. Thats when you get deliverance.”