Today is the eighth of a season-long diary that Ethan is going to share with us as he continues his battle through minor league baseball and his quest to make it to the Big Leagues.

This last week was Major League Baseball’s Amateur Draft. Many ball player’s dreams came true while others came to an end.

I had this same experience back in 2012.

To start, just being considered to play for a professional baseball organization was an amazing blessing. I had put up pretty good numbers throughout my college career, spoke to multiple teams and felt there was a pretty decent chance of me receiving a call on draft day.

I went to California State University San Bernardino which is part of the CCAA. It’s a Division 2 school in Southern California. At the time, 90 percent of players drafted from D2 schools came from the CCAA.

Once the season was over, there was nothing more I could do. My stats were final, I had filled out all the paper work, player profiles, a few psych exams. All I could do was sit, wait and pray.

I knew I wasn’t going to be drafted on the first day (Rounds 1 and 2), but I was told I could go as early as the 8th round or as late as the 25th. I knew that was a huge gap and it didn’t leave me feeling very confident but it was out of my control. The three teams I was speaking to the most were the Toronto Blue Jays, Kansas City Royals and the Texas Rangers.

Being a redshirt junior, some teams considered me as a “senior sign.” The night before the draft the Blue Jays called me and said they would take me in the top 10 rounds if I would sign for $5,000.00. I declined their offer and told them no thanks.

The second day of the draft is composed of Rounds 3 through 10. I decided to stay home from school during Finals Week (which I don’t recommend) so I could watch the Draft.

My name was never called.

I remember being very disappointed but my sister in-law’s high school graduation was that night so I had to put that all behind me and congratulate her on everything she had accomplished.

Now we’re on to day three. This consisted of Rounds 11 through 40. As I mentioned above, I was told the latest I would go would be the 25th round. I remember my Mom and Dad both sitting in the living room in front of the computer checking to see if their son’s name would appear. (Apparently they called off work that day also — haha)

Name after name kept being called and each round was flying by. We got to Round 25 and still no call, no celebration. I thought I had thrown my career away, I should of said yes to the Blue Jays offer.

I thought there was no way I was going to be drafted and have my dream come true.

My phone rang and my mom screamed at the same time as my name popped up on the computer. Scott Groot, the scout for the Kansas City Royals was on the line to congratulate me on being selected in the 30th round. 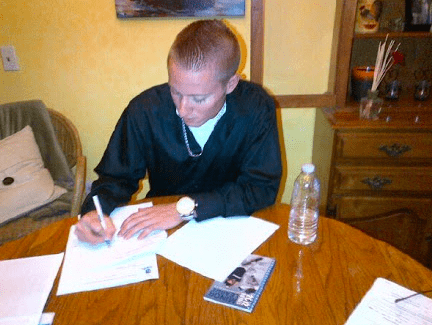 I remember my dad throwing his arms up in the air in excitement and relief. All three of us hugged each other while crying in the kitchen of my childhood home. I called my wife (girlfriend at the time) to say what had happened. I told her “We did it” and she started screaming and crying.

When you play sports it involves more than just you.

My parents had spent countless dollars on equipment, tournament fees, and league fees, as well as sacrificing their time to come to all my games and practices.

All my friends and family were watching that same draft board those three days. We all had a dream come true that day. I am very blessed to have played professional baseball as long as I have, but even more blessed to have family and friends that love and support me! 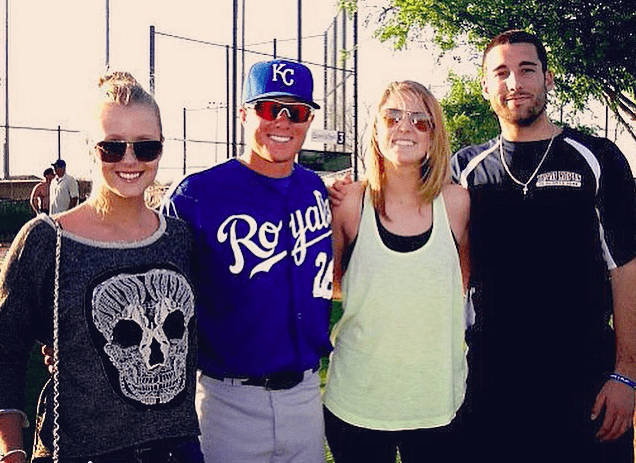