Carolina Panthers quarterback Cam Newton posted an Instagram photo of his mug shot on Tuesday remembering back to a 2008 arrest when he was at the University of Florida.

His message in posting the photo was to encourage others to believe that they can overcome difficult circumstances in life.

“I contemplated posting this and even reluctant about it, but as I think about my life and the many things I’m thankful for, I want to be an open book so people can hear my testimony and learn from the flaws and mistakes I made. On this day — 11/21/2008 — I was arrested for a stolen laptop, and I’m sure you’re asking yourself: ‘Where is he going with this story?’ But the moral of the story is this: On this date, I thought my life and my career was over, and the fact that I had shamed my family with the media coverage surrounding this situation. I vowed to myself on this day (nine years ago) that I will be better from this situation. What you must learn from this story is this: If you live your life listening to what other people are saying what you should do and no your own, shame on you. I can honestly say to you today that no one gave me a chance to succeed down bad in my situation, and if I would have listened to those people that said I can’t, who knows where I would be today. So I’m extremely thankful for God’s mercy, grace and favor over my life. So if I can do it with my circumstances, surely you can do it and be whatever you want to be with hard work and persistence.”

In 2008, after the charges were dropped, Newton transfered away from Florida to Auburn, where he would win the 2010 Heisman Trophy, the 2011 BCS National Championship and become the number one overall pick in the 2011 NFL Draft. In 2015 Newton was named the NFL MVP and led the Panthers to the Super Bowl. 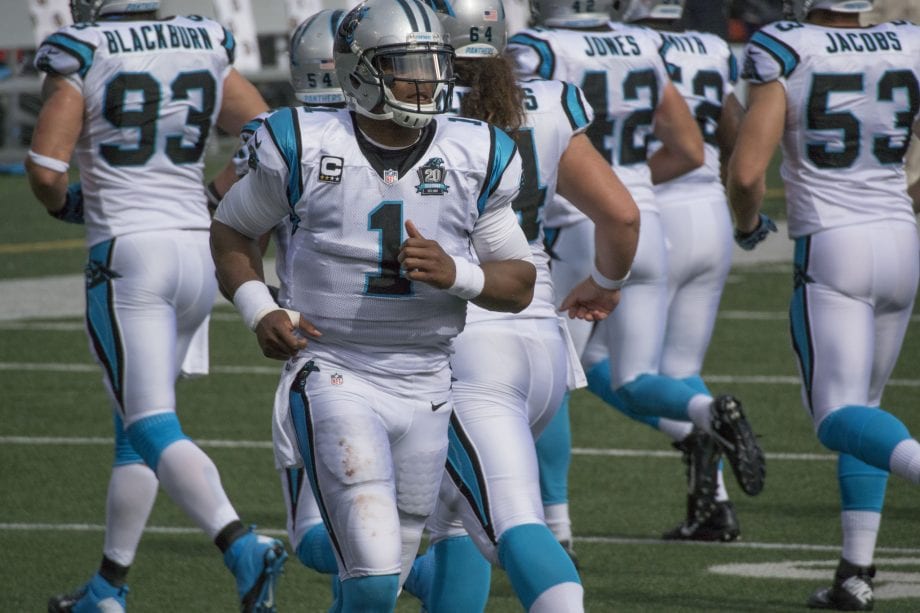 Cam’s Dad Cecil Newton, is a bishop overseeing five Pentecostal churches in Georgia including Holy Zion Center of Deliverance in Newnan. His football playing son says that his life is an example of God giving people second chances in life.

“I’m a living testimony that anything is possible,” Newton said in 2016. “I’m an example of why people deserve second chances.”

Carolina is 7-3 through in 2017 and face the New York Jets on the road Sunday afternoon.