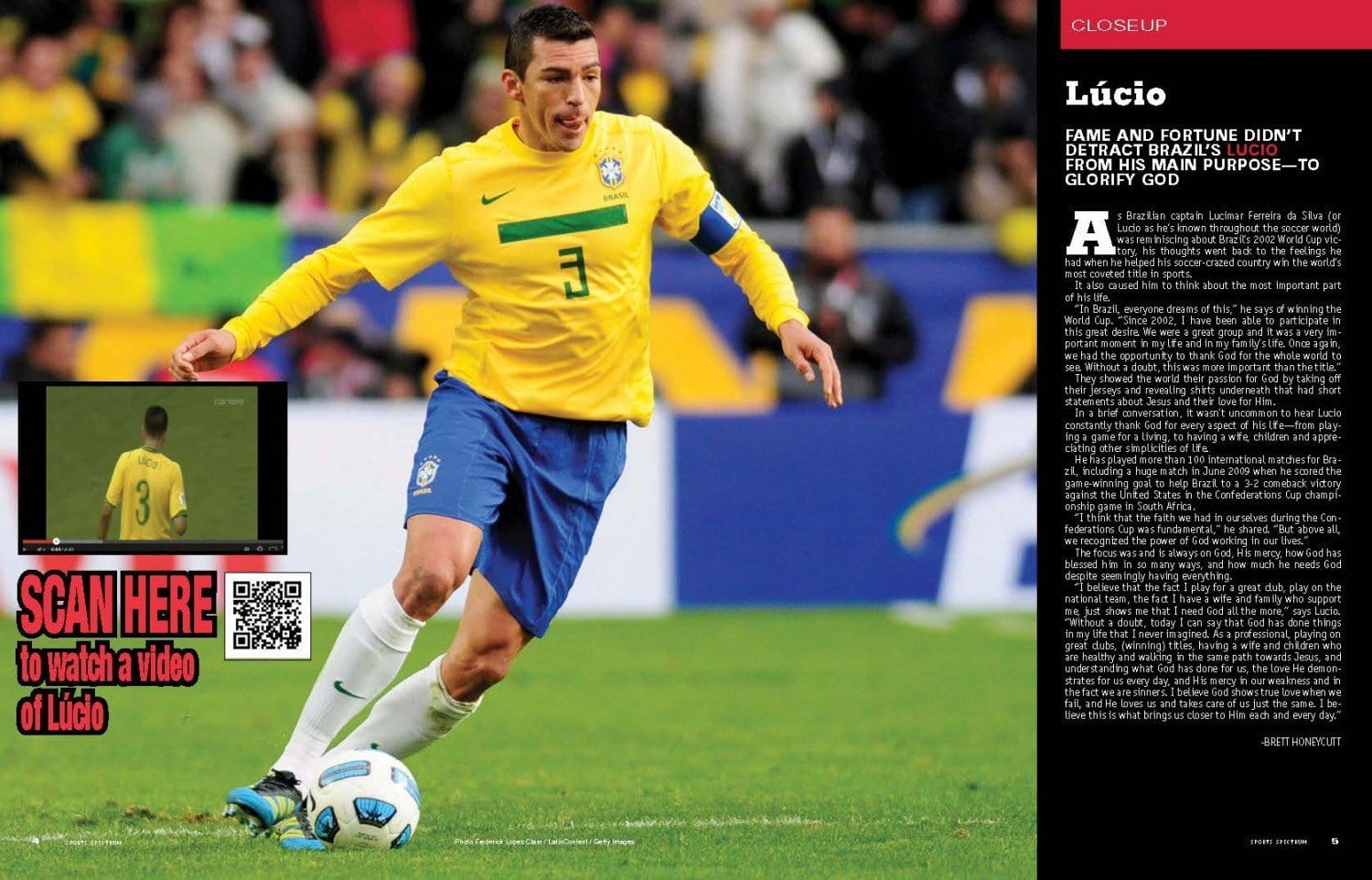 Brazilian captain Lucimar Ferreira da Silva (or Lucio as he’s known throughout the soccer world) was reminiscing about Brazil’s 2002 World Cup victory, his thoughts went back to the feelings he had when he helped his soccer-crazed country win the world’s most coveted title in sports.

It also caused him to think about the most important part of his life.

“In Brazil, everyone dreams of this,” he says of winning the World Cup. “Since 2002, I have been able to participate in this great desire. We were a great group and it was a very important moment in my life and in my family’s life. Once again, we had the opportunity to thank God for the whole world to see. Without a doubt, this was more important than the title.”

They showed the world their passion for God by taking off their jerseys and revealing shirts underneath that had short statements about Jesus and their love for Him.

In a brief conversation, it wasn’t uncommon to hear Lucio constantly thank God for every aspect of his life—from playing a game for a living, to having a wife, children and appreciating other simplicities of life.

He has played more than 100 international matches for Brazil, including a huge match in June 2009 when he scored the game-winning goal to help Brazil to a 3-2 comeback victory against the United States in the Confederations Cup championship game in South Africa.

“I think that the faith we had in ourselves during the Confederations Cup was fundamental,” he shared. “But above all, we recognized the power of God working in our lives.”

The focus was and is always on God, His mercy, how God has blessed him in so many ways, and how much he needs God despite seemingly having everything.

“I believe that the fact I play for a great club, play on the national team, the fact I have a wife and family who support me, just shows me that I need God all the more,” says Lucio. “Without a doubt, today I can say that God has done things in my life that I never imagined. As a professional, playing on great clubs, (winning) titles, having a wife and children who are healthy and walking in the same path towards Jesus, and understanding what God has done for us, the love He demonstrates for us every day, and His mercy in our weakness and in the fact we are sinners. I believe God shows true love when we fail, and He loves us and takes care of us just the same. I believe this is what brings us closer to Him each and every day.”