Around the world closeup: Euan Murray 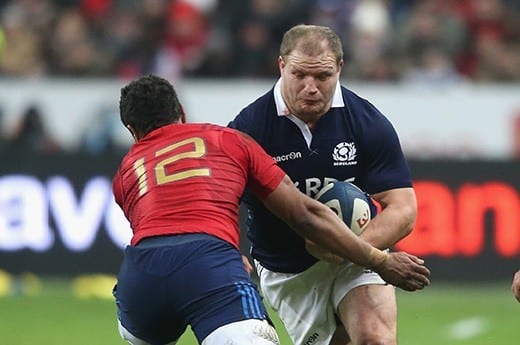 Euan Murray may best be known for what he doesn’t do as opposed to what he does do, but that’s fine with him.

Murray, a Scottish professional rugby player since 2001 and who plays for the Glasgow Warriors in the Pro12 and European Champions Cup and the Scottish national team, doesn’t play rugby on Sunday, and he doesn’t participate in non-religious activity, including interviews, on that day, either.

It’s a commitment Murray made in 2009, a decision that linked him and another great Scottish athlete, 1924 Olympian Eric Liddell, who refused to run on Sundays and was the subject of the Academy Award-winning movie, Chariots of Fire.

“It’s basically all or nothing – following Jesus. I don’t believe in pick-n-mix Christianity. I believe the Bible is the Word of God, so who am I to ignore something from it?” Murray told multiple media outlets.

“The most important thing in my life will always be serving Christ,” said the 34-year-old Murray.

Sunday is “a day where I can enjoy the Lord…ultimately rugby’s not what fuels my happiness in life.”