Pat Doney covers sports for NBC 5 in the Dallas/Fort Worth, Texas area. During the NFL season, you’ll find him at AT&T Stadium covering the Cowboys. He’s won the Edward R. Murrow award for sports reporting and has been nominated for an Emmy six times in his nine years of reporting experience.

Live at AT&T Stadium after the Cowboys big loss vs the Eagles. NBC DFW –> http://on.nbcdfw.com/MHpi023

Away from his job, Doney is a husband and father and a member of Compass Church in Grapevine, Texas. After getting married and having a daughter, Doney and his wife Sheleena decided it was time to act upon something they’ve both thought about for many years — adoption.

Pat says that adoption was something he was on board with as well and wanted to do after becoming parents to their daughter Barlow.

“We just don’t think there’s a better gift you can give someone, than giving someone a family, who, out of no fault of their own, was not given a family, did not have a family at this point,” Pat told Compass church. “When we got married, we had our daughter traditionally, and when she was about 2, we realized it’s time. We needed to do this. We feel like God has called us to do this.”

And thus began a journey toward adoption.

The Doney’s filled out their paperwork, mailed it in and even took a photo with their daughter, understanding how big a moment this was. And then they waited.

8 months to be exact.

On August 29, 2015, Pat and Sheleena received a call from their agency that a little boy had been born and they should immediately come to the hospital.

They had been chosen. Their son had been born.

“I’ll never forget the feeling walking in for the first time and seeing him laying there,” Pat said. “This is my boy. This is my son. This is the real deal. Our lives have just completely changed forever.”

After seeing their baby boy for the first time, the Doney’s met with their doctor and Pat asked when he would get an answer of what he was dealing with and how the process of taking him home would begin, and instead, they were given some very difficult news.

Their son, Hudson, had cerebral palsy. 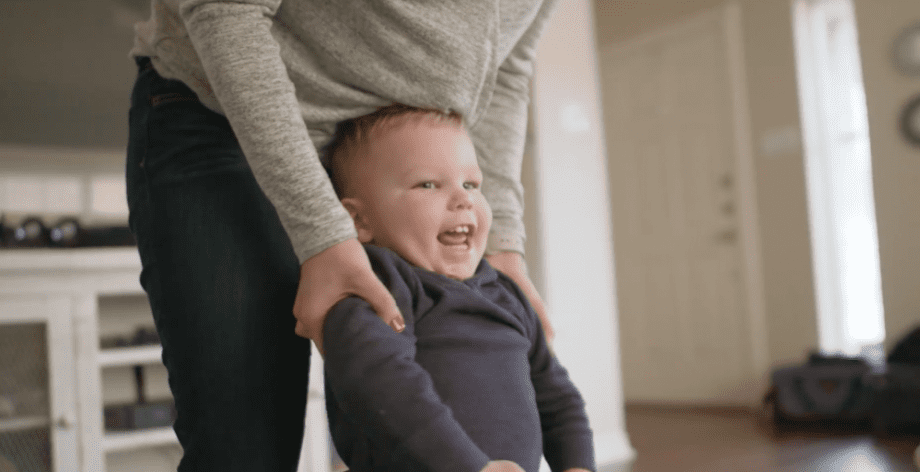 “It was so immediate and sudden and quick that I think we were in shock,” Pat said.

“There’s no words, we just hugged and cried,” Sheleena said. “It’s definitely an emotional roller coaster. There’s highs and lows. There are nights I still cry, wondering why my child, why us, why my family.”

Prayer was something the Doney’s believed in, but even Sheleena was struggling with seeing God not answering the prayers that would heal their son.

“It’s really easy to hear a lot of people say this is God’s plan and you just have to trust God’s plan,” Pat said. “Until you’re in the midst of having a son that you love so much and he may never walk.”

"If the definition of our storm is Hudson, then he's worth it. Give me a life jacket because I'm in, because he's worth it." -Pat Doney This weekend we began our series, Hope Rising, and the Doney family shared with us their incredible story of having hope even when life doesn't go the way you planned. Their story is so powerful and we recommend you watch with a box of tissues in reach. Thank you, Doney family, for fearlessly sharing your story with us and being a beacon of hope for other families.

In March of 2016, the court made it official and the Doney’s had officially become the parents of Hudson. The road won’t be an easy one, but Pat says he wouldn’t trade it for anything in the world.

“If the definition of our storm is Hudson, then he’s worth it,” Pat said to Compass Church. “Give me a life jacket. I’m in. Because he is worth it. He’s an amazing kid. This has been really hard. But we trust that God has a plan and we love our son more than anything.”

Doney shared with Sports Spectrum some eye-opening numbers on adoption.

“There are currently about 400,000 Christian/Protestant/Evangelical churches in the U.S. There are about 100,000 orphans in the U.S. waiting to be adopted. 1 out of 4 churches needs 1 family to adopt 1 kid and the orphan crises in the US is over.”

Join us in praying for Hudson and the Doney family that God would continue to make His name known through them.