From the Archives: Going Long 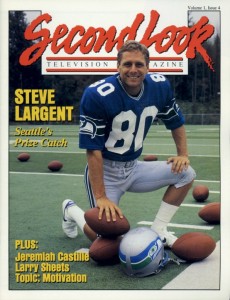 Socks — (according to Webster’s dictionary) a woven covering for the feet.

Socks — (according to Seattle Seahawks opponents) something you don’t want to be faked out of when you’re attempting to cover Steve Largent.

Put Steve Largent in a footrace with other wide receivers like Olympic sprinter Ron Brown of the Los Angeles Rams and Willia Gault of the Chicago Bears, and Largent’s speed makes him look like a Volkswagen among Ferraris. Nevertheless he is, not the carpet-burners entered the 1987 season as the National Football League’s second leading receiver of all time, only 57 catches shy of first place.

Click HERE to read the remainder of this “From the Archives” story on Steve Largent from an issue in 1987 when Sports Spectrum was called Second Look. This year, Sports Spectrum is celebrating 30 years of covering faith and sports.