From the Archives: The Amazing Journey of Matt Hasselbeck 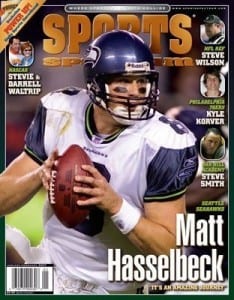 It was here, in the poverty-torn country of Jamaica, while sitting next to a man grotesquely disfigured by leprosy, that Matt Hasselbeck began his unexpected journey to the NFL, to the Pro Bowl, and to the Super Bowl.

It was here, as Hasselbeck watched with amazement a man who had lost his fingers, ears, nose, and sight to leprosy joyfully praising God in prayer and in song, that the Seattle Seahawks quarterback discovered the meaning of contentment and commitment.