Devotional of the Week -- Plenty More of That 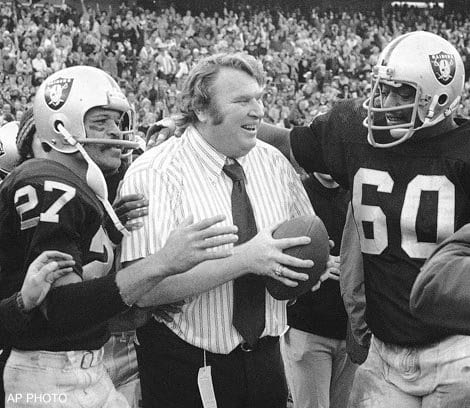 On January 9, 1977, Super Bowl XI was played between Oakland and Minnesota.

Early in the game, Oakland moved into Minnesota’s red zone, but came away with only a field goal. John Madden, the Raiders head coach, was frustrated. Kenny Stabler, the Raiders quarterback, said, “Don’t worry, Coach. There’s plenty more where that came from.” He was right. With the Raiders’ line opening huge holes for Clarence Davis and Mark Van Eegham, while allowing Stabler time to find Fred Biletinikoff, Cliff Branch and Dave Casper, the Raiders won easily 32-14.

These aspects of God could be examined in greater detail, as well as many others, because they truly are the “mere edges of His ways.” Isn’t He worthy of our worship?

Stanley Tucker writes devotionals for Sports Spectrum magazine. Log in here to access our most recent Training Table. Subscribe here to receive 12 issues a year and a daily sports-related devotional.