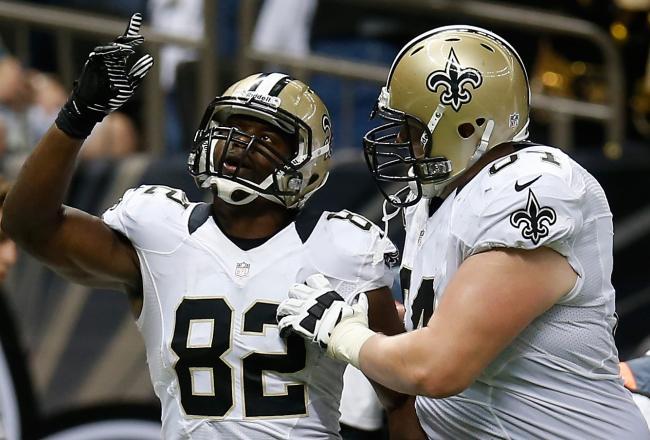 Each week host Bryce Johnson interviews intriguing guests on his syndicated faith and sports radio show “UNPACKIN’ it.” This issue, Bryce is joined by New Orleans Saints’ tight end, Benjamin Watson. He was the 32nd overall pick by the Patriots in 2004 after finishing his college career at Georgia, and won a Super Bowl during his rookie season. He discusses family, faith and football with Bryce on his radio show “UNPACKIN’ it.” You can listen to the full interview here.

BRYCE JOHNSON: You had a bye week recently. How do you like to spend your bye weeks?
BENJAMIN WATSON: Getting a little bit of rest. The NFL season can be tough on the body, so definitely getting some physical, but also some mental rest. It’s always good to get away from the game a little bit and spend some time with the family. I’m married with four little kids, so we all drove over about four hours to the beach and spent some time there.

BRYCE JOHNSON: Nice!
BENJAMIN WATSON: It’s kind of bonding as a family and making some memories.

BRYCE JOHNSON: What has the experience been like playing for the Saints…at least through this first part of the season?
BENJAMIN WATSON: It’s been kind of what I expected. I have some former teammates who played for the Saints, and told me what a great organization it was with the family atmosphere they have here in New Orleans.

BRYCE JOHNSON: What is your role in the locker room, even off the field—this being your 10th season, being a veteran in the NFL, having been on successful teams and struggling teams, as well, and even comparing it back to when you first got into the NFL?
BENJAMIN WATSON:  Off the field and in the locker room is just as important, I think, as what you do on the field. And that’s one of the things that we prayed about a lot when we were free agents in Cleveland and didn’t know what was going to happen—we didn’t know where God was going to lead us to. It happened to be New Orleans, and it was very clear that this was where we were supposed to move our family. We moved down here and we really feel like our role and purpose in being here is not just to play football, but to minister in the locker room and also be involved in the community of New Orleans and serve where we can, and tell people about the Lord where we can. Something my wife always says is, “Benjamin, it’s not always about you, and what you want.” God has a way of moving us to where He wants us to be and He expects us to serve Him where we are. So that’s been our approach since we’ve been in New Orleans.

BRYCE JOHNSON: Take us back to where your faith began, and share a little bit about your relationship with Jesus.
BENJAMIN WATSON: At 5 or 6 years old, my father and I knelt down by my bed and I repented of my sins, and put my faith in Jesus Christ as my Lord and Savior to forgive me of my sin debt that I couldn’t pay. I got saved at a very young age and I knew what I was doing, and the Holy Spirit came in and I’ve been a Christian ever since. That’s not to say that I haven’t done some things that I’m not proud of and haven’t had certain struggles. But being a Christian athlete gives me purpose and clarity, and honestly it puts things into perspective. In the NFL there are a lot of ups and downs, and there are a lot of different temptations that all men face, not just in the NFL. But that’s my anchor. That gives me the proper perspective, and in those times when I’m out of whack, I always know what the base line is…I always know I need to come back to Scripture because that’s the solid foundation.

This column was published in the October 2013 Sports Spectrum DigiMag. Print and digital subscribers, log in and view the issue here. Bryce is the host of the “Unpackin’ It” faith and sports podcast. Follow Bryce on Twitter-@BRYCERADIO.