From the Archives -- New York Times 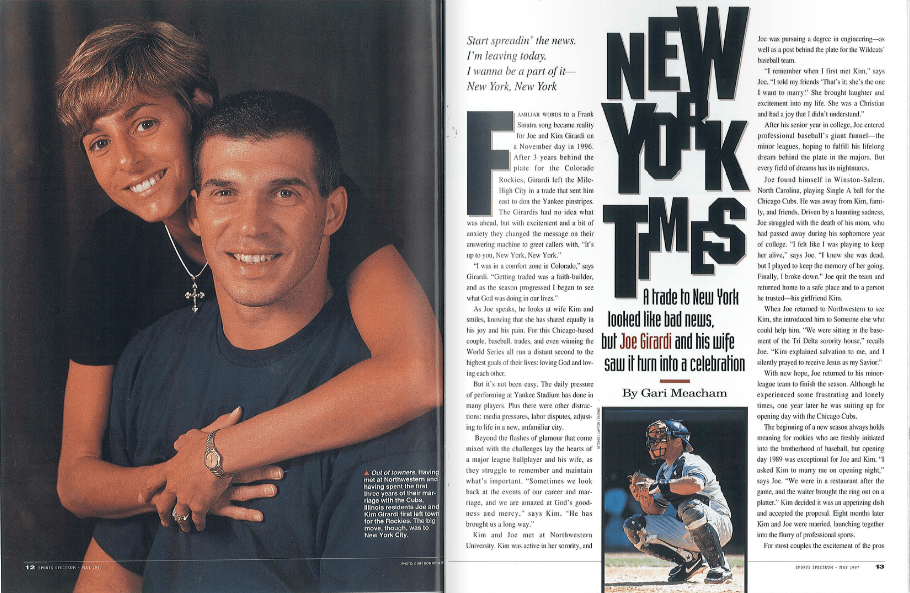 Familiar words to a Frank Sinatra song became reality for Joe and Kim Girardi on a November day in 1996. After three years behind the plate for the Colorado Rockies, Girardi left the Mile-High City in a trade that sent him east to don the Yankee pinstripes. The Girardis had no idea what was ahead, but with excitement and a bit of anxiety they changed the message on their answering machine to greet callers with, “It’s up to you, New York, New York.”

“I was in a comfort zone in Colorado,” says Girardi. “Getting traded was a faith-builder, and as the season progressed I began to see what God was doing in our lives.”

This archived story was published in the May 1997 issue of Sports Spectrum magazine. Click here to read the rest of the story.