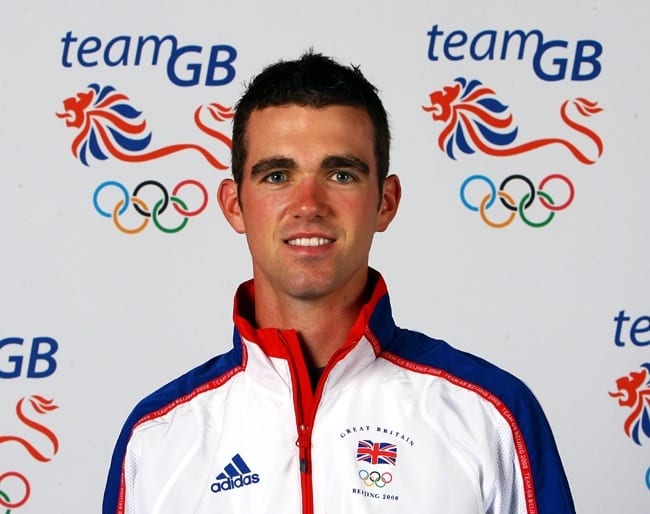 Although it was Richard Chambers’ first Olympic medal, he had won three medals at the World Championships, taking gold in 2007, gold in 2010, and bronze in 2011. Below is an interview with Richard Chambers, 27, on various things concerning rowing and his faith…

Q. How did you get into rowing?
A. I was at school (at age 14) and I saw the bigger, taller guys going around and thought that would be quite cool to be one of them. Went down to rowing. I wasn’t really good at cricket, couldn’t throw a ball, couldn’t catch a ball, couldn’t really run very well on the rugby pitch. And harriers for running, I don’t do running. To this day I don’t do running. It’s just something I don’t enjoy. But I went down, I got on a rowing boat, and I can remember we were riding on one of those wooden clinkers, and I was hooked from the beginning. It’s such an addictive sport, and I absolutely loved it from the start and I still do.

Q. At what point did you realize that you had national potential?
A. I think whenever I did my first international race. I never thought I could be an international rower. Never thought my seat was properly selected until I sat on the start line of the first race and that was …in 2005. From there, I just progressed. I didn’t think too big. I just took one step at a time and tried to achieve little things along the way. I didn’t have one big step to being a successful rower. I’ve had to work really hard to get to where I am.

Q. Tell us about your faith.
A. I grew up in a Christian home. I grew up with Christian parents. I grew up with Christian grandparents, who were a massive influence on my life, a massive influence on who I am today and all credit to them…It was when I was around 8 years old (when I became a Christian), but I know that as I grew into a teenager, and I’ve grown older, I’ve learned about more of who Jesus Christ is, what He wants me to do, and what it takes to be a follower of Him…(Being a Christian is) difficult, and especially in sport…I still follow Him. I still try to be the best for Him, but I don’t always achieve that. It’s the price He paid so that I can be where I am today.

Q. The challenges of being a Christian in an elite sport:
A. As far as being a Christian, rowing isn’t as bad as rugby and as football. I think the camaraderie and banter would be a lot more fierce (in those sports). It is difficult. Not so much difficult in the fact that people…make it difficult for you, I think just because we’re such driven people.

Q. Do you feel you’ve missed out a lot on a lot of things or make a lot of sacrifices?
A. Yes, we do. We have to make a lot of sacrifices. (My wife and I would) love to go away a little bit more often, travel around and see family and see friends. We can’t always do that because of training. I’ve missed friends’ weddings, university friends’ weddings, things like that. It’s quite hard and especially during the summer months. When people are getting married, we’re away training or we’re away racing. It is difficult. It’s a sacrifice we make to be where we are today, and everyone in this squad has to make them. I’ve got to make them. To be successful, it’s what we have to do.

Q. Church involvement:
A. Involved in youth and home group, our growth group, it’s a great source of encouragement for me. I go to it often, every week. I probably, at the minute, take more from it than I give back to it. Hopefully, I’ll be able to give back to it more…At the minute, I’m taking from it. They encourage me, they support me, and they’re massive followers of what I do.

Q. Where will you be in 10 years?
A. I’ll think I’ll keep going (after this Olympics). I enjoy what I do. I love it and we’ll see what happens after London, but I think I’ll continue. After that, I enjoy coaching. I love rowing. Why not pass something on to younger people and to other athletes? As well as rowing at an Olympic level and winning at an Olympic level, I’d love to coach at an Olympic level. Rowing’s my passion, rowing’s what I love to do, and that’s where I’ll be.

Q. You mentioned your wife. How does she support what you do?
A. She knew what she was getting into before she got married to me (laughs). She loves sports…she enjoys watching me race and it gives her a chance to travel, as well, to places, but she’s a massive supporter and we have a kid (born in October)…She’s a massive supporter of what I do and God’s been brilliant in providing me with a loving wife who will provide support for me. And hopefully I can repay that back to her.

Link to reactions at press conference just after race: http://www.guardian.co.uk/sport/2012/aug/02/london-2012-britain-lightweight-four?newsfeed=true