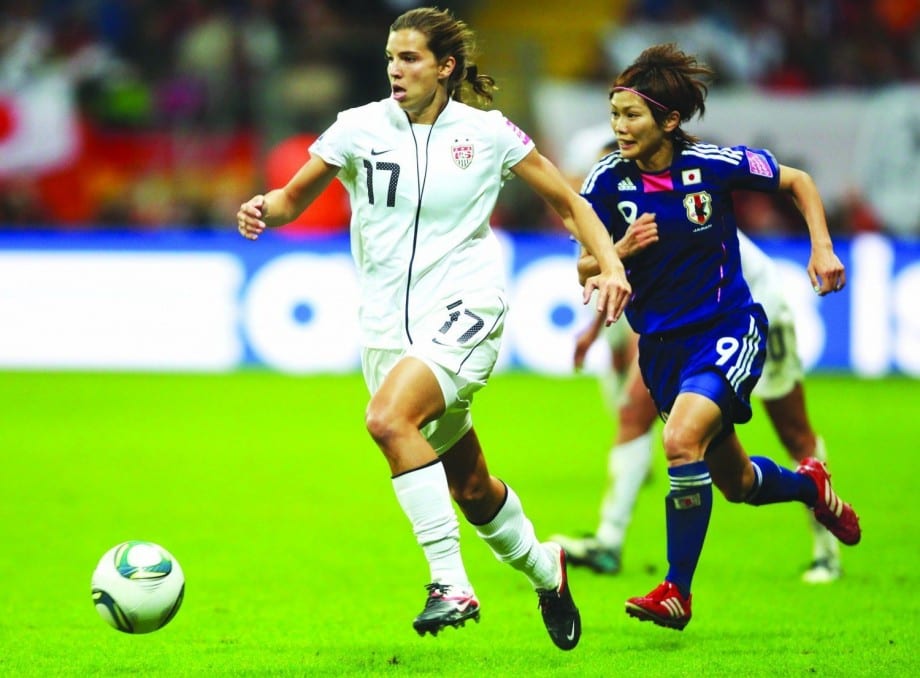 If they lose the semifinal, they will play in the bronze medal match on Aug. 9.

If they win the semifinal, they will play in the gold medal match on Aug. 9.

LONDON (BP) — Tobin Heath’s love affair with the sport of soccer began early in life — when she started playing at age 4 at the local YMCA.

“I had an incredible sense of joy in the game,” she said. “I didn’t want to do anything else.”

Her passion for soccer continued to develop throughout her youth, as did her skills. She became one of the top soccer players in the country, and this week she will make her second Olympics appearance as a member of the U.S. women’s team.

Soccer isn’t the only passion that began in Heath’s youth. Her relationship with Christ also started early in her life and has deepened through the years.

“I was brought up in the church, and from an early age I was lucky enough to be shown great examples of Christ’s love through my parents and my family,” Heath said.

Though she had a strong foundation in a Christian family, leaving her New Jersey home for college proved to be a turning point in her life. She realized that her faith didn’t stay at home, but that she had to embrace it for herself.

She did that during her freshman year at the University of North Carolina, when she said she really found her identity in Christ. She immersed herself in Scripture and began a closer walk with the Lord that has continued and that others have noticed.

Stephanie Cox, a teammate of Heath’s on the 2011 World Cup team, said Heath has a laid back personality that reminds her of a surfer.

“She talks kind of slow sometimes and is very relaxed,” Cox said. “But then you start to get her talking in front of people or in our Bible study, and she gets on a roll. She’s passionate. It’s really captivating.”

Heath said the women’s Olympic team has every expectation of winning a gold medal in London. On a personal level, she said she simply wants to enjoy the journey and do what she can to allow her teammates to be successful.

“You don’t really know what your role is going to be at the Olympics until you actually get there,” Heath said. “There are so many special moments and stories and challenges that go along with the tournament itself. I’m excited for the journey and for what we’re going to face along the way.”

She said her Christian faith has allowed her to derive great enjoyment in playing her sport because she knows that God has entrusted her with a gift.

“I realize that I couldn’t have gotten where I am without Him, and He continues to be my everything every day,” Heath said.

She wants to use that gift to bring glory to the Lord, whether that means playing the best that she can on the field or loving, encouraging and ministering to her teammates along the way.

“Just as important as winning a game is winning lives for His Kingdom,” Heath said.