Devotion of the Week -- A Lesson on Forgiveness 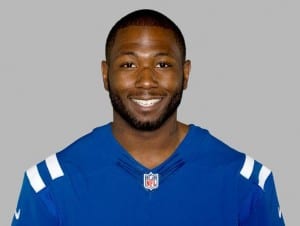 In early December, Cowboys’ backup nose tackle Josh Brent was arrested on charges of intoxication manslaughter. Out on the road at 2 a.m., Brent wrecked his car. He had gotten behind the wheel drunk and his teammate, Jerry Brown, was in the passenger’s seat. Josh was okay, but Jerry did not survive the accident.

Brent’s career is in severe jeopardy as he is looking at serving serious prison time for his actions. But even though he was at fault, Brown’s family and his teammates have shown tremendous support for him.

Brown’s mother invited Brent to the memorial service for her son and had Brent walk in with her. From all accounts, Brent is seen like a second son to her, but I wondered how Jerry Brown’s mother could forgive Josh Brent so quickly and easily after losing her son.

In the Gospel of Matthew, Jesus tells a parable to Peter about an unmerciful servant. Peter had asked Jesus how many times he should forgive his brother or sister who sinned against him. Peter asks, “Up to seven times?” But Jesus responds:

Then, Jesus proceeds to tell a parable about a servant trying to settle a debt with his master that is 10,000 pieces of gold. After the servant begged for mercy, the master felt pity for him and let him off without paying the debt.

Later, that same servant choked another servant who owed him a hundred silver coins and demanded to be paid. When the servant went back and begged for mercy, the master threw him in jail to be tortured until the debt was paid, despite the outrage of the other servants.

Jesus ends the parable by talking about the lesson behind it:

“This is how my heavenly Father will treat each of you unless you forgive your brother or sister from your heart.” (Mathew 18:35)

Forgiveness is not an easy thing for people to do. As Christians, when we find ourselves in that tough spot, we need to call upon the Lord to give us the strength to forgive others who do wrong the same way we expect others to forgive us when we make a mistake. In those situations, we can think about what Jesus did when He said on the cross:

The mother of Jerry Brown demonstrates the forgiveness we should have for each other. She told Piers Morgan of CNN:

“I know Josh Brent, and he’s been part of our family since Jerry went to the University of Illinois. All I can do is to pray for him and his family. I know [Brent] is hurting just as much as we are, because [he] and Jerry were like brothers.”

We should all be like Brown’s mother, who could show all kinds of malice towards Brent, but instead showed support for him. Instead of holding a grudge against a friend/neighbor/family member, we should show compassion like the master did. Rather than showing others our malice and anger—show them grace, forgiveness and the way to salvation.