Airing It Out -- Winning = Happiness? 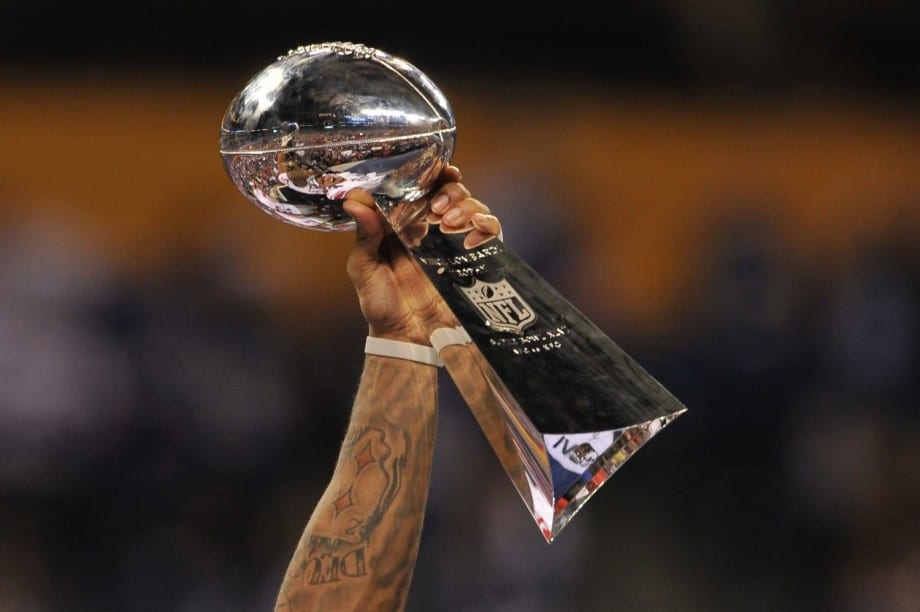 Those words would aptly describe the feelings of most players and coaches who win the Super Bowl, the most popular sporting event in the U.S. as evidenced by the record-breaking number of television viewers the last three Super Bowls (more than 111 million watched last year’s game making it the most-watched TV show in U.S. history).

But for some players and coaches, those descriptions above only add to the confusion of winning America’s biggest sports prize.

Tom Brady famously told 60 Minutes reporter Steve Kroft: “Why do I have three Super Bowl rings and still think there’s something greater out there for me? I mean, maybe a lot of people would say, ‘Hey man, this is what is.’ I reached my goal, my dream, my life. Me, I think, ‘God, it’s got to be more than this.’ I mean this isn’t, this can’t be what it’s all cracked up to be.”

Kroft then asked, “What’s the answer?”

Brady replied, “I wish I knew. I wish I knew. I love playing football and I love being quarterback for this team. But at the same time, I think there are a lot of other parts about me that I’m trying to find.”

Brady has won three Super Bowls, yet he still admits being unfulfilled, unsatisfied and that he’s “trying to find” something.

For most, his remarks seem incomprehensible.

To me, as a Christian, they make sense and only confirm what God says in His Word about achieving things that are temporary.

“Do not store up for yourselves treasures on earth, where moth and rust destroy, and where thieves break in and steal. But store up for yourselves treasures in heaven, where moth and rust do not destroy, and where thieves do not break in and steal. For where your treasure is, there your heart will be also.” Matthew 6:19-21

“The world and its desires pass away, but the man who does the will of God lives forever.” I John 2:17

It makes sense, not because I’m a biblical scholar (I’m not), but because of hearing someone like Brady question why he can’t be satisfied.

Remember, he has reached the pinnacle of the sports world and, outside of that, he would seem to have it all.

He’s a millionaire (often we hear people say that money will solve their problems).

He is famous (he is an NFL quarterback who also models and does commercials, and people would say that fame brings contentment).

He is married (singles often desire this because they feel it will complete them).

He is married to a model (as shallow as it seems, others often comment how lucky someone must be to marry a model or someone like a model).

And he has children (how often have we heard someone say that they long to raise a family and that it would make them happy to raise children?).

It’s the carrot dangling in front of you that is unattainable.

I’m not talking about the money, fame, and seemingly perfect relationship being unattainable (because some have been, are and will be blessed like that). I’m talking about what all of that is supposed to bring–happiness, joy, freedom.

Those things are unattainable apart from God.

Why is that true? Not because Tom Brady questioned it and had a reflective moment where he was confused. He only affirmed why it makes sense.

It’s because God told us that’s how we will feel if we chase after temporal things.

“Since, then, you have been raised with Christ, set your hearts on things above, where Christ is seated at the right hand of God. Set your minds on things above, not on earthly things. For you died, and your life is now hidden with Christ in God. When Christ, who is your life, appears, then you also will appear with him in glory.” Colossians 3:1-4

By the grace God has given me, I laid a foundation as an expert builder, and someone else is building on it. But each one should be careful how he builds. For no one can lay any foundation other than the one already laid, which is Jesus Christ. If any man builds on this foundation using gold, silver, costly stones, wood, hay or straw, his work will be shown for what it is, because the Day will bring it to light. It will be revealed with fire, and the fire will test the quality of each man’s work. If what he has built survives, he will receive his reward. If it is burned up, he will suffer loss; he himself will be saved, but only as one escaping through the flames.” I Corinthians 3:10-15.

This column was published in the February 2013 Sports Spectrum DigiMag. Print and digital subscribers, log in and view the issue here. Brett Honeycutt is the managing editor of Sports Spectrum magazine. His column addresses topics from a biblical perspective. Follow him on Twitter-@Brett_Honeycutt.