Devotional of the Week -- Inspiring Heroes 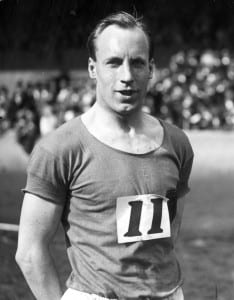 “Therefore the Lord, the God of Israel, declares: ‘I promised that members of your family would minister before me forever.’ But now the Lord declares: ‘Far be it from me! Those who honor me I will honor, but those who despise me will be disdained.’” I Samuel 2:30

It was because he was able to compete in the sport and accomplish all of his feats while honoring God. His story is inspiring, and should be for any Christian, for all of those reasons.

If you have watched Chariots of Fire, the 1981 Oscar-winning movie that highlights his life, you know that he wouldn’t compete on Sunday (in real life, he refused to run on Sunday despite pressure from the media and parliament), so he gave up an event he was favored to win gold (the 100 meters) and ran a distance (400 meters) where he “wasn’t a serious contender” according to The Guardian newspaper.

After the Olympics he studied theology in Edinburgh for a year and prepared for the mission field in China. The day he left, he led hundreds of well-wishers in a stadium to sing the hymn, “Jesus Shall Reign Where’er The Sun.” He returned to Scotland several times, and The Guardian reported that he was asked if he regretted leaving behind all of the fame and glory. He responded, “It’s natural for a chap to think over all that sometimes but I’m glad I’m at the work I’m engaged in now. A fellow’s life counts for far more at this than the other.” Maybe that’s where inspiration comes from: outside of ourselves, just as Jesus preached.