Airing it Out -- Someone else's responsibility? 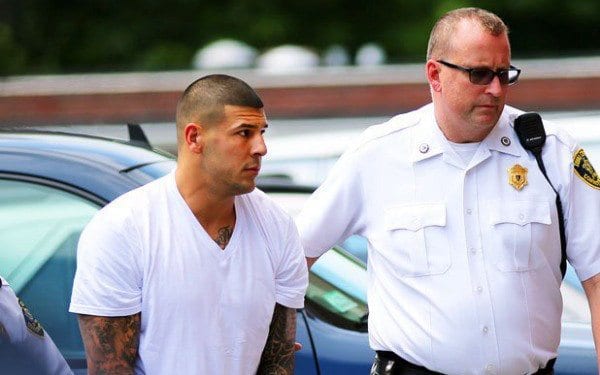 The beginning of wisdom is this: Get wisdom. Though it cost all you have, get understanding.” Proverbs 4:7

Parents, in general, rear their children to get an education, excel at sports, and excel at life, sometimes in that order, and sometimes with sports before education, but usually, excelling at life seems to come last on the importance meter.

Strangely, those same parents wonder what happened when their children fail at life. Questions abound like: Why did they disobey? Why did they get involved with the wrong crowd? Why did they start doing drugs? Why didn’t they do something that would have led them in a different direction?

It’s always, or so it seems, someone else’s fault.

A great example of that is the case of Aaron Hernandez, the young, former rising NFL star who was playing with one of the league’s best teams over the past 10 or more years, the New England Patriots.

After news broke that he was alleged to be involved with the killing of minor league football player Odin Loyd, and possibly several others from previous years, some people in the media began looking for answers.

Why would he do this? Their answers were shockingly irresponsible, blatantly void of logic and common sense, and, one could say, naïve. They hurled accusations at Urban Meyer, who was Hernandez’s college coach at the University of Florida, and Bill Belichik, Hernandez’s NFL coach with the New England Patriots.

It must have been their fault. Why? They reasoned that Meyer and Belichik could have prevented his bad decisions by doing more to discipline Hernandez, and they could have done a more thorough background check, which would have helped Hernandez turn his life around.

They asserted, in essence, that Loyd was killed because of those two coaches, and they shouted it from the top of their lungs hoping everyone would hear and cast stones at the two people who were the furthest from the situation—without thinking one simple, yet common sense thought like, “Maybe it was Hernandez’s fault.” Maybe it is the fault of the person who is alleged to have been involved in the murder, and other murders, as well. Maybe Hernandez just didn’t care and maybe he did what he wanted to do, regardless of the well-being of others.

People have freedom to choose, despite what their coaches, teachers, parents, friends and others might tell them. We can either choose to do right or wrong. It’s each individual’s choice and their choice alone.

Ultimately, the responsibility is on the person who took the action, good or bad.

But personal responsibility isn’t popular, and it’s not easy, either. What is easy is blaming someone else.

Lacking in the media’s dissection of the situation was the more obvious, and logical, question: Why didn’t Hernandez take more personal responsibility for his actions?

We make the choice to do right or wrong each day.

This column was published in the September 2013 Sports Spectrum DigiMag and Vol. 27, No. 4 print issue. Brett Honeycutt is the managing editor of Sports Spectrum magazine. His column addresses topics from a biblical perspective. Follow him on Twitter-@Brett_Honeycutt.