Devotional of the Week -- Union in the Dugout 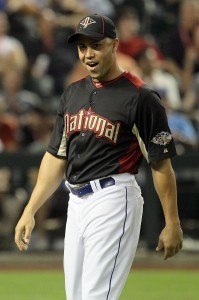 Baseball is a simple game. Throw strikes. See the ball and hit it. There are three outs, per team, per inning and nine innings in a game. Teams that play well together are usually successful.

Team unity is enhanced in the clubhouse by energetic leaders like Orlando “Cha-Cha” Cepeda, who led the St. Louis Cardinals to the World Series in 1967 and 1968. It can also be augmented by quiet leaders like Carlos Beltran, who leads by consistent performance and is there to be an example and mentor to younger players.

Unfortunately, unity can also be disrupted by major distractions such as the human growth hormone (HGH) issue. Particularly, players who deceive their teammates about such things can derail the unity of a team.

How is your unity with Jesus? The above verses indicate He is passionate about us being one with Him, like members of the same team.

One thing that comes between us and Jesus is a sinful attitude. Psalm 66:18 says, “if I regard sin in my heart, the LORD will not hear.” Who wants to be in that position, no longer able to communicate with the teammate Who cares for us the most? When His Spirit reminds us we have sinful thoughts or deeds, we need to confess our sin as soon as possible. Let us all keep short accounts with God, and retain our unity with Him.

Stanley Tucker contributes devotionals to Sports Spectrum magazine. Log in here to access our most recent Training Table. Subscribe here to receive 12 issues a year and a daily sports-related devotional.