Devotional of the Week -- Impact Through Defeat 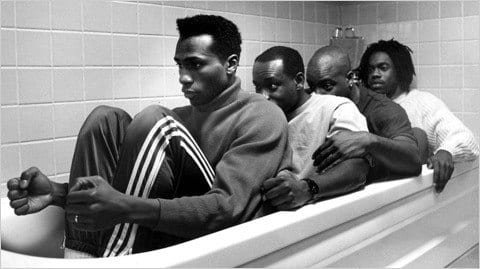 “When the centurion and those with him who we regarding Jesus saw the earth quake and all that had happened, they were terrified, and exclaimed, ‘Surely he was the Son of God!'” Matthew 27:54

To cement their involvement in the Olympics, a movie, Cool Runnings, was made about their exploits. The foursome of Devon Harris, Dudley Stokes, Michael White and Nelson Stokes had little practice and they had to borrow sleds from other countries.

And despite the fact they crashed and didn’t finish, their positive attitude and goodwill toward others won the hearts of the fans.

God can use our ups and downs to help people see Him, especially when we have a godly attitude. Just like the centurion saw Christ as the Son of God because of the way Jesus took the ridicule and mocking of the self-righteous people and leaders.

Keep that in mind the next time things don’t go the way you would like. God could be using your circumstance to show people who He is so that they have the opportunity to choose eternal life with Him.