David Nelson won 2 National Championships at the University of Florida and caught touchdown passes from Tim Tebow. He was undrafted in 2010 and signed a free agent contract with Buffalo. His NFL career lasted 5 seasons with the Bills, Browns and Jets.

During the 2012 NFL offseason, David took a trip to Haiti that would change his life. Seeing the conditions, the children, the poverty, Nelson felt called to do more and began a ministry called ImMe to bring the sustaining and empowering structure of family to the orphans of the world through care, prevention, and stewardship. 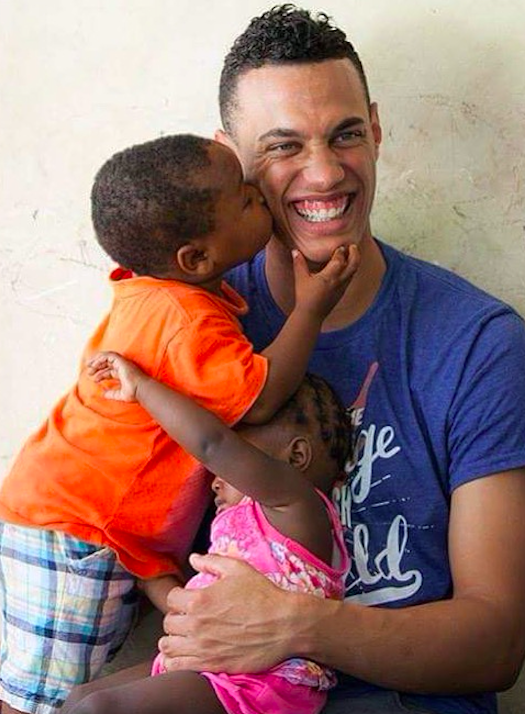 On this episode of the podcast, David Nelson talks with Jason Romano about his faith, the moment where a stranger helped make an encounter with Christ become real, his early struggles in college at Florida under Urban Meyer, and how his teammate Tim Tebow, helped show him what it really meant to be a man of God.

8:15 – The amazing story of how he was able to go to a youth retreat because of a woman, who he didn’t know, donating money

13:00 – Being recruited to Florida after committing to Notre Dame

23:00 – How he took accountability at Florida to be a better teammate

35:30 – Choosing an NFL team after not being drafted

36:30 – Turning down Bill Belchick and signing with the Bills

51:15 – On playing in the NFL and also running a ministry

“When one person responds to the call God has upon you, there’s beauty and power in that.”

“Coming to the Lord is not an external experience that just washes off. It’s an internal transformation.”

“I was supposed to be a Golden Domer. Rudy was my favorite movie.”

“I’ve always found that the best decisions I’ve ever made is when I pursue that peace that’s in my heart.”

“He is the most competitive, strong-willed, the most genuine, caring person. When I think of what a leader looks like, acts like, Tim Tebow is the first person that comes to mind.”

“I really believe that Tim Tebow is breaking the stigma on what it’s like to be a Christian man. Tim is fierce. He’s intense. He’s running guys over. He’s just got this warrior instinct and characteristic.”

“He may not be successful based on society or the American dream. But it’s in true Tim Tebow fashion, that of COURSE he hit a home run in his first baseball at bat. It’s not a coincidence though if you know him. He’s responding, not reacting. He’s so rooted in his discipline with the gospel.”

“I could not imagine starting my career with anyone else. Buffalo was perfect.”

“There was no distractions in Buffalo. It forced me to focus on football. I loved my time there.”

“Being around these kids who had nothing to call their own, and when I asked them what they wanted more than anything in the world, their response wasn’t food or money, they wanted their brother, or sister or their Mom. It showed me what life is truly all about.”

“My life, my Christian walk, was transformed by a 5-year old orphan from Haiti.”

“God was calling me to a deeper dynamic. Not a lot of football players were starting and running ministries like I was.”

“I knew the perception from coaches or analyst in the NFL was that i was distracted because I was running a ministry.”

“I got to a point to where football was no longer my identity but it was a big part of my life. It was what I had been doing since I was 4-years old. It was the pinnacle of my profession.”

“There’s 64 men in the entire world that can do what I did. There’s something about that that was powerful and inspiring to me.”

“I wish I could have went out on my terms. I wish I could go one more game, just suit up, just play, give it my all and know that it was my last game.”

For more on David, follow him on twitter @DavidNelson86, or check out his amazing ministry in Haiti by watching the story below or go to ImMe.org