By Jason Romano Jul 18, 2017
Ethan Chapman in a 2017 game for the Vaqueros Union Laguna of the Mexican League. (Photo Courtesy: Ethan Chapman)

Ethan Chapman was selected by the Kansas City Royals in the 30th round of the 2012 MLB Amateur Draft.

He played his college baseball at Cal State San Bernadino, a Division 2 school, and set the school’s single-season record with 60 runs scored as a freshman in 2010. He earned second-team All-West Region honors as well as the ABCA West Region Gold Glove Award in his final season.

Over the past 5 years, Ethan’s minor league travels have taken him all over the United States. Places like Idaho to Northwest Arkansas to Reading, Pennsylvania. Small towns, with big dreams.

Ethan’s dream to make it to the Big League level hasn’t happened yet.

This past Winter, Ethan signed to play 2017 in the Mexican League (AAA level) with the Vaqueros Union Laguna club.

Ethan has also contributed a weekly entry to SportsSpectrum.com for the 2017 season, documenting his time playing minor league baseball in the Mexican League with the Vaqueros Union Laguna club.

On this episode of the podcast, Ethan talks about the unglamorous life that is minor league baseball, his dream to reach the big leagues, where his faith in Jesus began and what the day was like for him being drafted by the Kansas City Royals.

This is EPISODE 24 of the Sports Spectrum Podcast 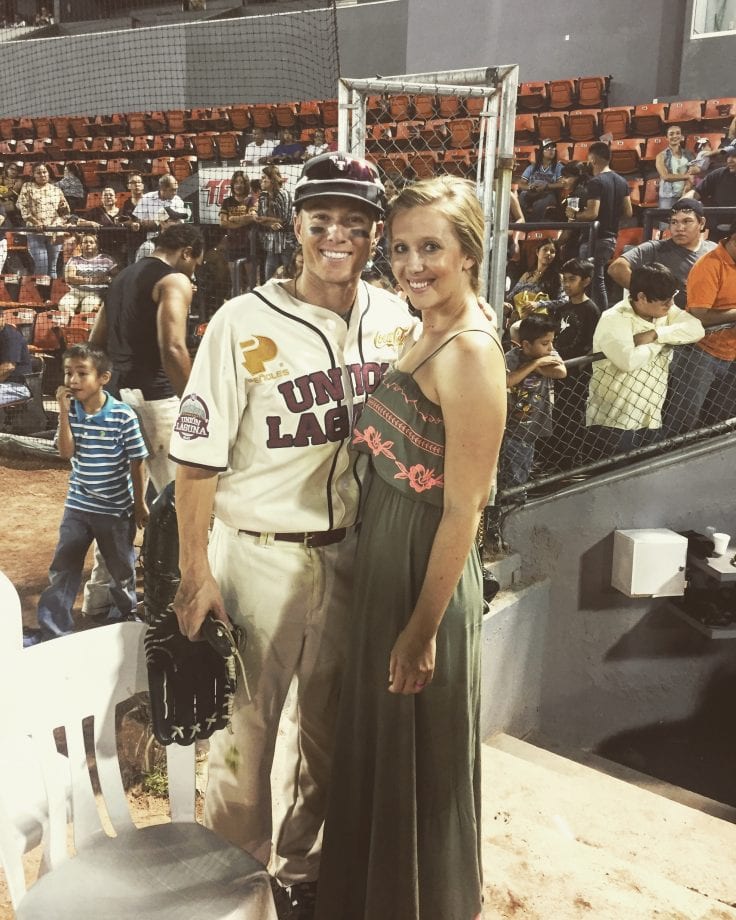 Ethan and his wife Kylie recently after a game. (Photo Courtesy: Ethan Chapman)

5:20 – Biggest Adjustment to playing in Mexico

10:05 – Biggest struggle being a believer in Christ and a professional baseball player

13:41 – The moment he realized that he might be able to play professional baseball.

18:30 – Going from California to Idaho as he reports to his first professional team.

Since Jesus defeated death, we don't have to fear the nonsense things of life. Starting today live w/o fear, anxiety, and worry.

“For me it’s about letting go and not being in control of everything. Especially with baseball. There’s so many ups and downs. For me, it’s important to let go and be still.”

“It could be mental, it could be physical. Trying to be as consistent as possible is the challenge each day.”

“She completed all that she needed to do. She can rest and not be in pain anymore. I know she watches every game and is proud.”

“The dream will always be there. Baseball can crush you, but for some reason, we still end up loving it.”

“Guys who spend just one day in the big leagues can always say they made it. That’s my hope.”

“Making sure His will is connected with mine. It’s a struggle to do that but it is what is best for us.”

“It relieves me of anxiety of stress. Let go and let the pieces fall where they will. That’s the biggest challenge and what God is teaching me.”

Been playing baseball for over 20 years and I still get excited to play under the lights every night. #23

You can follow Ethan Chapman on twitter @EthanMChapman and follow along on his journey with his weekly entries of a Diary of a Minor League Baseball Player.