THIS IS EPISODE 25 OF THE SPORTS SPECTRUM PODCAST

Alfred Morris is an NFL running back. In 2016, he was with the Dallas Cowboys as a backup to rookie sensation Ezekiel Elliott. Prior to that, he played 4 seasons with the Washington Redskins as their starter.

In 2012, Morris was selected in the 6th round by the Redskins out of Florida Atlantic. Along with fellow rookie Robert Griffin III, Alfred took the NFL by storm, rushing for a Washington team record, 1,613 yards. He also scored 13 touchdowns and helped lead his team to an NFC East Division Title. He capped his dream rookie season off with being named to the 2012 NFL All-Rookie Team, as well as a trip to play in the 2013 Pro Bowl in Hawaii.

He played his final season in 2015 with the Redskins before signing as a free agent with the Cowboys in March of 2016.

On this episode of the podcast, Alfred Morris shares the story of his Dad coming to Christ, why his toughest season in the NFL on the field, was his most joyous away from the field, why he still drives his 1991 Mazda 626 and his desire to share the gospel with as many people that will listen.

7:40 – On his Dad’s conversion and becoming a follower of Jesus.

23:00 – Keeping grounded in his faith while having immediate success.

33:15 – How do you balance not playing with the team you’re on winning games. 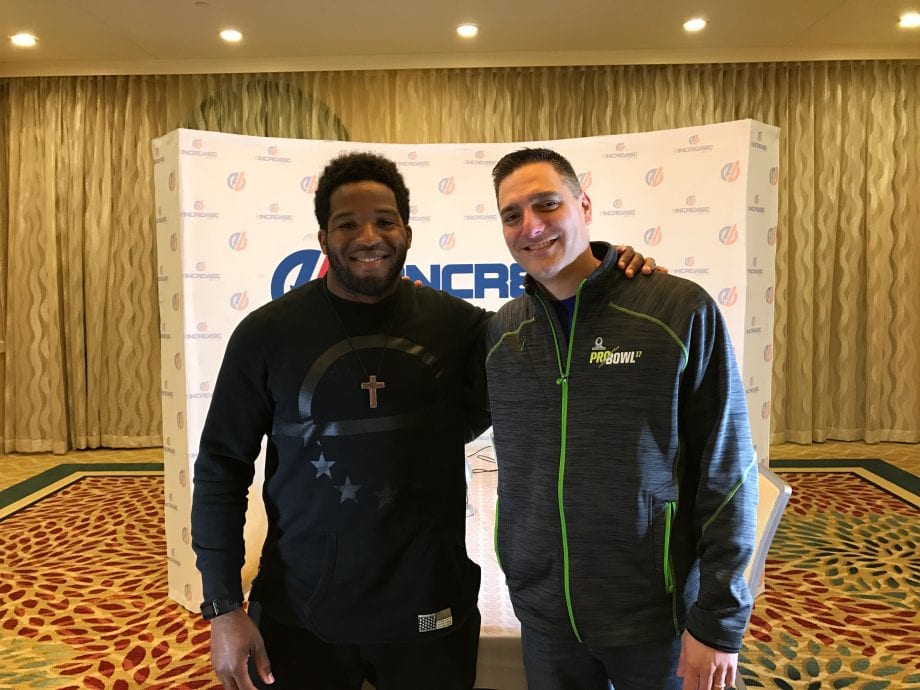 “There is a real God and he really does love us and he’ll never give up on us.”

“What a mighty God we serve.”

“We knew of God but we didn’t know God.”

“Anything great that would happen, I would thank him. I knew of him but I was still living in the world. I was luke warm.”

“It hasn’t gone the way I would have thought, but it’s God’s plan.”

“It’s a kids game. God has blessed me to play it on the highest level.”

“You go from the top to to the bottom. I would have never thought in my career I would be inactive. I remember asking God, ‘how low am I going to go?'”

“That last year in Washington, God revealed himself to me and gave me a peace.”

“I started looking at the creation instead of the creator.”

“If I had known that they would have drafted Zeke, would I have still signed? I don’t know. I believe God brought me to Dallas for a reason and I still hold to that.”

“If I wasn’t playing, I was praying. I’d cover my team, the other team, the stadium, in prayer. I’m going to let your light shine, even in this dark time.”

“I’m at the bottom right now. But I’m content in life, content in all things. I’m staying focused on Him.”

“Stay focused on Him and being content in all things. I’m excited about the future and how much I’m going to grow in Him.”

#1Peter4:8 Above all, keep fervent in your love for one another, because love covers a multitude of sins.