THIS IS EPISODE 29 OF THE SPORTS SPECTRUM PODCAST

Chad Hennings played nine seasons in the NFL with the Dallas Cowboys. He won 3 Super Bowls and played on 7 playoff teams.

Prior to his NFL career, Chad served at the U.S. Air Force Academy, where he had a fantastic college career, winning the 1987 Outland Trophy and being named an All-American. He was elected to the College Football Hall of Fame in 2006.

Hennings served four years in the Air Force before his NFL career. He flew dozens of combat and humanitarian missions over Iraq and Turkey in A-10 jets.

Chad is the author of three books including his latest, “Forces of Character: Conversations About Building a Life of Impact.”

His ministry Wingmen gathers men with the purpose of forming transparent, Christ-centered, masculine relationships. At Wingmen, they offer men acceptance, affirmation and accountability.

On this episode of the podcast, Chad shares his story of why he entered the United States Air Force, his journey to the NFL, winning 3 Super Bowls with the Cowboys, and his desire to use his platform and his faith to impact the lives of men.

3:30 – His thoughts on the current Dallas Cowboys team.

7:05 – Where his football journey began in Iowa.

27:30 – Being the blue-collar guy on a championship team. 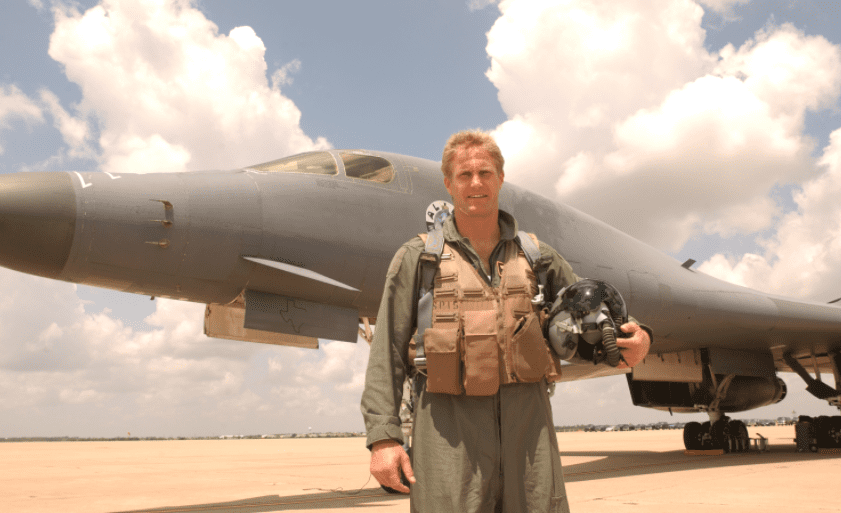 Chad Hennings during his time in the Air Force in 1990. (Photo Courtesy: ChadHennings.com)

“It’s once a Cowboy, always a Cowboy.”

“It was fast and furious. That team, offense, defense, special teams, there was zero animosity on that team. It was about winning Super Bowls.”

“I’ve never been around a group of guys that was focused on the mission.”

“I had to prove a point that for me, to even get on the field, I had to work harder than everybody else.”

“I volunteered to play special teams just to get time on the field.”

“The more you can do, the more difficult it is to get rid of you.”

“For me, the best compliment anybody could give to me is that, ‘he was a great teammate.'”

“It was extremely surreal. Iconic. Putting that helmet on. This is the same stadium that Roger Staubach played in.”

“It’s more than just going out and collecting a paycheck, catching balls or making tackles. You represent something that is a greater calling.”

“It was an honor and a privilege to represent that Cowboys star.”

“The greatest crisis we have in our country is the aspect of identity.”

“My identity was always about what I was doing.”

“What you do does not define who you are.”

“An act of faith is a live faith.”

“He was a great teammate, very dedicated, very loyal, great family man and a great role model.” – On Emmitt Smith

“I’ve never met an individual who is more loyal.” – On Jerry Jones

“He has a heart and a passion and is truly utilizing his platform for the greater good.” – On Charles Haley

“One of the most competitive individuals I’ve ever been around. Great teammate. Very passionate. He loves the Lord, he loves his family. I have the utmost respect for Michael.” – On Michael Irvin

“What matters is how you finish, not how you start, so finish strong.”

“A great teammate and a great leader. I don’t think we would have been able to win the Super Bowls that we did without his leadership and the example he set.” – On Troy Aikman

“God is teaching me reliance on Him. To reveal himself more to me today. Not to rely on my strength, but to rely on His.”