Ravens WR Anquan Boldin celebrates his Super Bowl title at the victory parade in February 2013. The Maryland National Guard service members provide support for the Baltimore Ravens’ victory parade Feb. 5. The Guard provided transportation for the players and their families over the parade route, Baltimore City Hall to M&T Bank Stadium, as they show appreciation to the fans. The Maryland Guard’s participation in this victory parade is an extension of a long-term relationship with Ravens. (Photo by Staff Sgt. Thaddeus Harrington, Maryland National Guard Public Affairs Office.)

On Sunday August 20, 2017, Boldin announced his retirement from Pro Football, just 13 days after signing a 1-year deal with the Buffalo Bills.

“Football has afforded me a platform throughout my career to have a greater impact on my humanitarian work, and at this time, I feel drawn to make the larger fight for human rights a priority,” Boldin said in a statement to ESPN’s Jim Trotter. “My life’s purpose is bigger than football.”

The 3-time Pro Bowler had a wonderful career, finishing with 1,076 receptions, 13,779 yards and 82 touchdowns. He played in two Super Bowls, winning Super Bowl XLVII as a member of the Baltimore Ravens in 2012.

His foundation, “Q81” was formed in 2004 to help expand educational and life opportunities for underprivileged children.

On this episode of the podcast, we talk to Anquan about his decision to retire, what role faith played in making that decision, his reaction to the recent events in Charlottesville, Virginia and what happens next now that he no longer is playing in the NFL. 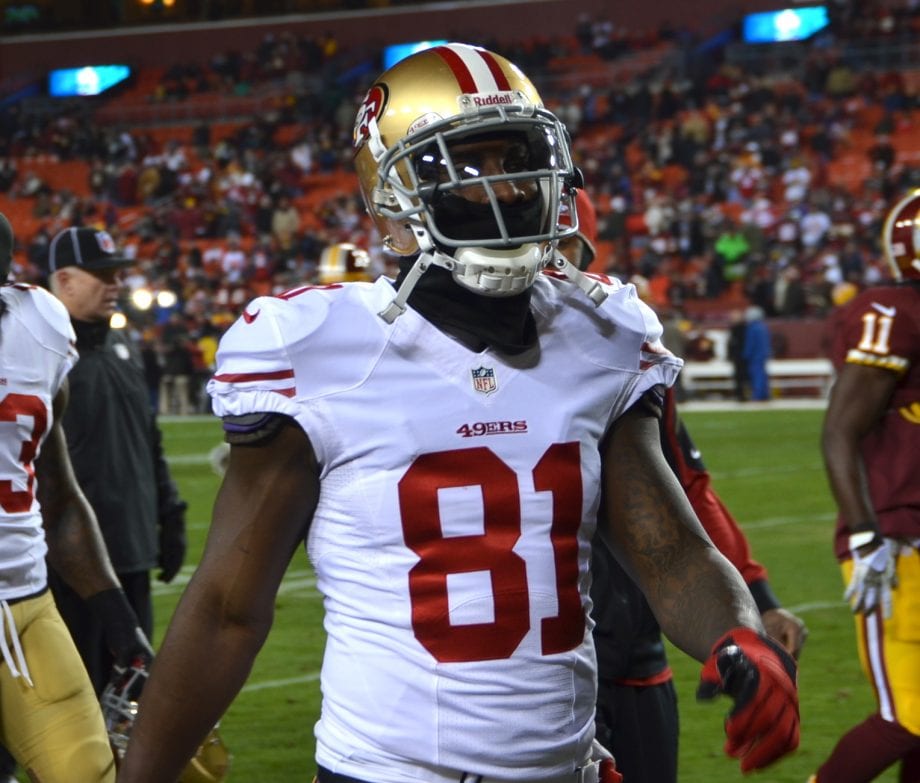 This is EPISODE 32 of the Sports Spectrum Podcast

In a recent video he recorded for TheIncrease.com, Boldin shared about that purpose he mentioned in his retirement statement and how serving is extremely important to him.