Chris Maragos is a safety and special teams ace with the Philadelphia Eagles. He played 3 seasons with the Seattle Seahawks, winning a Super Bowl in 2013 before signing a 3-year deal in March of 2014 to come to Philadelphia. In November of 2016, Maragos signed a 3-year $6 million extension, keeping him with the Eagles through 2019.

Ted Winsley is in his 17th season as the team chaplain of the Philadelphia Eagles. He is the senior pastor at “Family Church” in New Jersey and continues to minister to the Eagles players spiritual needs throughout the year.

On this episode of the podcast, we sit down with Maragos and Winsley and talk about Chris’ crazy journey to the NFL, why Maragos chose to leave the Seahawks after winning a Super Bowl with them, how members of the team came to the decision to be baptized at the Eagles team facility last October, and why Eagles quarterback Carson Wentz’s importance to Philadelphia isn’t just for his performance on the field, but even more importantly, off the field.

This is EPISODE 33 of the Sports Spectrum Podcast 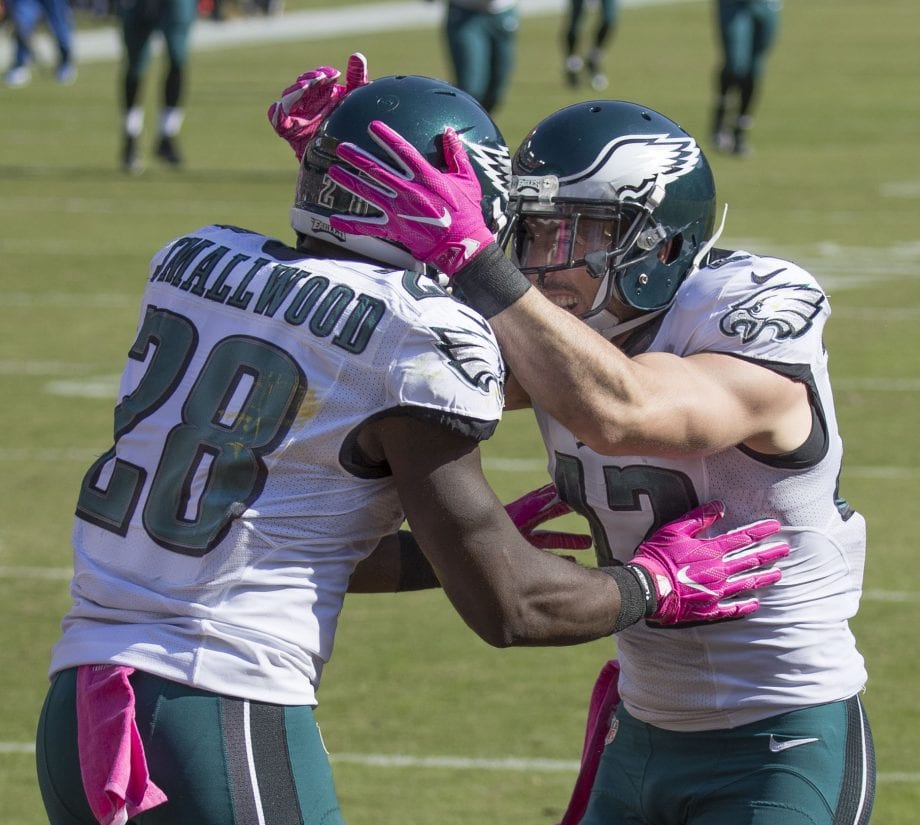 3:55 – Chris Maragos and his unique journey to the NFL.

5:45 – Playing his first NFL game as a member of the San Francisco 49ers

9:55 – On having a spiritual mentor when Maragos arrived to the NFL.

15:15 – The decision Chris Maragos made to leave Seattle for Philadelphia.

16:30 – Ted Winsley being the Eagles chaplain as Chris Maragos arrives in the locker room.

23:00 – The arrival of Carson Wentz and what he’s meant to the team culture.

26:00 – Eagles players get baptized at the team facility.

So cool that 5 Eagles players were baptized in their team facility last October.
(?: Ted Winsley/@Sports_Spectrum) pic.twitter.com/qriSyD3507

“You can just see how God has been at work through it all.” – Chris Maragos

“I started using drugs in high school. I was trying to find friendship or satisfaction in drugs and other friends.” – Maragos

“The Lord was really molding and shaping my heart and my life and trusting Him during the most difficult times of my life.” – Maragos

“It was really where God was calling us. All the doors were opening to go to Philly.” – Maragos

“The Bible Study is historical from the perspective of the Eagles. The bible study we’re currently in was started by Reggie White.” – Ted Winsley

“There is a culture on this team that goes back to Reggie White. There was always a spiritual leader on the team with the Bible Study. It went from Reggie to Troy Vincent, to Brian Dawkins to Jason Avant to Nick Foles and continues today.”

“The one word that pops in my mind is the word ‘humble.’ Carson Wentz is that guy.” – Maragos on Wentz

“His commitment, his drive, his humility, his desire internally, to be great. It’s very similar to what Russell (Wilson) did in Seattle, that’s happening here.” – Maragos on Wentz

“I think God has really been teaching me contentment in my heart.” – Maragos

“Being around these guys makes me more hungry and makes me want to serve them.” – Winsley on the Eagles players

You can follow the Eagles Chris Maragos on twitter @ChrisMaragos. He also contributes to TheIncrease.com where he shares his opinions and thoughts on faith and sports.