THIS IS EPISODE 50 OF THE SPORTS SPECTRUM PODCAST

Ted DiBiase is a former WWE wrestler, who was inducted into their hall of fame in 2010.

Known as “The Million Dollar Man,” DiBiase was regarded as one of the greatest villains in pro wrestling history.

In his 25 year career in the wrestling industry, Ted wrestled in some of the biggest venues in the world: Madison Square Garden, The Superdome, The Skydive, The Tokyo Dome and Wembley Stadium.

Today, Ted is a full-time evangelist and motivational speaker. Officially ordained into the ministry, he speaks to churches, youth groups, men’s meetings, businesses and in public schools and universities all over the world. Ted is also a spokesman for THE SUNSHINE FOUNDATION, an organization that grants wishes to terminally ill and handicapped children

Ted is married to his wife Melanie and has three sons, Michael, Ted Jr, and Brett.

On November 7, Ted is releasing a documentary on his life, “THE PRICE OF FAME.” It is available in theaters one night on November 7th. For more details, check out ThePriceofFame.com.

On this episode of the podcast, Ted shares his incredible journey to the WWE, living the lavish life of a celebrity, almost losing his wife and family, how he turned from selfish to selfless, and why he decided to share his flaws and sins to the world in a new documentary. 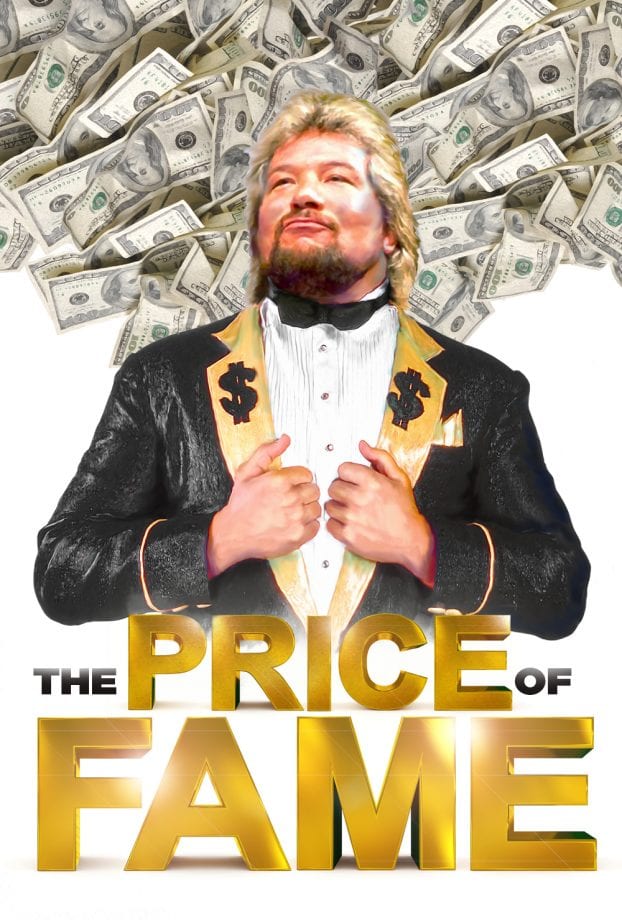 “The Price of Fame” debuts in theaters for one night only, Tuesday November 7 at 7pm across the country.

3:50 – Why he put together a documentary and share his story.

17:35 – How being a WWE wrestler affected the family dynamic of being a husband and Dad.

27:25 – How he was viewed and received in the Pro Wrestling world after he came to faith in Christ.

28:55 – The impact Ted was able to have on fellow wrestlers Lex Lugar, George ‘the Animal’ Steele, Sting and Sean Waltman.

32:40 – Having a very difficult conversation with his own kids.

42:10 – What would his Dad say today if he were still alive and saw his son now.

After I threw out the first pitch at last Friday's Frederick Keys @MinorLeagues Baseball game. They are a Class A Advanced Affiliate of the @BaltimoreOrioles. That is catcher Scott Kalush (left) and pitcher Lex Rutledge (right).

“When I sat down and watched my own story on film, I began to weep.”

“If you want to stay straight, then you build accountability in your life.”

“It’s ok to be transparent. It’s ok to show vulnerability.”

“The problem in my life for 20 years was pride. It was boy, look at me. The whole ego thing. And God broke me, and when he broke me, he BROKE me.”

“Today my wife and I are closer than we’ve ever been, and she’s absolutely my best friend. Only God can do that.”

“Are you walking in God’s plan for you life, or are you shoving your plan down God’s throat.”

“You take my life wherever you want it to go.”

“I’ve never seen that word retirement in the Bible. I don’t have any plans of retiring and going to the golf course.”

“Giving God that time each day that I need to give Him.”

“I don’t want to be remembered simply for being a wrestling legend. I want to be a man who left a legacy of strong character and integrity. A man who came to a realization that it was a much greater reward in giving rather than receiving.”