THIS IS EPISODE 54 OF THE SPORTS SPECTRUM PODCAST

Chad Robichaux served in the United States Marine Corps, going on eight tours of duty in Afghanistan, fighting against terrorism.

He is a true hero.

Chad is the president and founder of Mighty Oaks Foundation, a leading military nonprofit serving the US military active-duty and veteran communities with highly successful peer-to-peer, faith-based, combat-trauma programs and combat-resiliency conferences. Chad and his team are dedicated to helping America’s military warriors and their families suffering from the unseen wounds of combat such as Post Traumatic Stress Disorder (PTSD).

Chad and his wife, Kathy, have been married for twenty-two years and have three children. After years of deployments, their family personally faced the challenges of PTSD. Through the struggles that warriors face returning home, they now share a story of a victory in Christ and have dedicated their lives to sharing that story to mentor others like them.

Chad has been featured on such media outlets as Fox News, Forbes, The O’Reilly Factor, The Blaze with Glenn Beck, USA Today, Christian Post, Focus on the Family, The 700 Club, and a short biography film by I Am Second.

Chad is a Medal of Valor recipient for his bravery beyond the call of duty in law enforcement. Outside of his work with veterans, Chad and his sons train and teach Brazilian jiu-jitsu. He is a third-degree black belt and a former Pro MMA world champion who has used his platform to advocate for civilian support of America’s warriors returning home while competing in the sport’s biggest events such as NBC’s World Series of Fighting, Showtime’s StrikeForce, MTV2’s Bellator FC, and Legacy FC on HDNet and AXStv.

On this episode of the podcast, Chad shares his incredible journey from growing up in a broken home, losing his brother at an early age, joining the military, describing some of the most horrific situations a person could ever endure, how he came to Christ, and his desire to help save lives by serving and helping others suffering from PTSD.

Jos 1:9 Be strong and courageous. Do not be afraid; do not be discouraged, for the Lord your God will be with you wherever you go #BodyArmor pic.twitter.com/rRW774Ljbb

3:15 – Why he wrote the book “An UnFair Advantage” to share his story.

25:10 – Police Shootings and the rarity of them

28:05 – Getting deployed to Afghanistan

53:30 – Putting the pieces back together in his family.

“I knew my life would never be the same. I just knew I was going to be a part of this.”

“I didn’t care who I hurt. I was completely selfish and self driven.”

“I had no accountability. I was like a train without brakes.”

“My wife and I sat our kids down and said we were going to divorce.”

“Men of God aren’t weak. There’s nothing more bold, and courageous and masculine in this world than a man of God willing to stand up to the evils of this world. It changed everything for me.”

“I am learning to have the patience to let go and trust God in anything and everything.”

“If we’re in God’s will, we’ll always end up in the right place.” 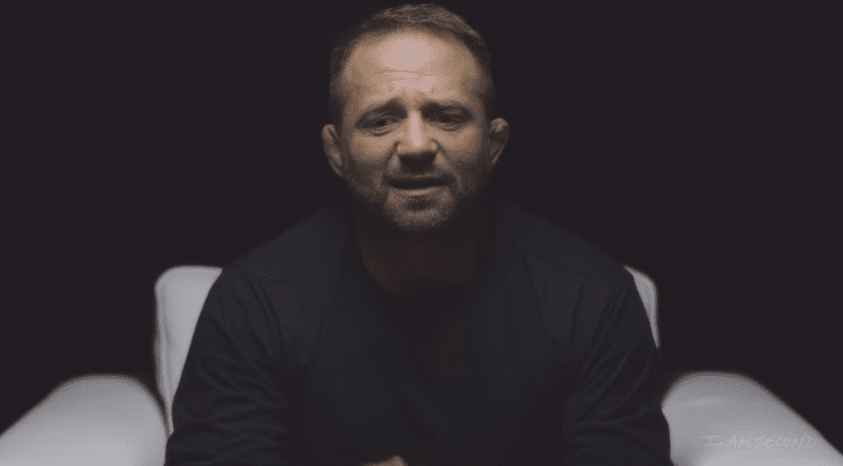 Chad Robichaux in a taping for I Am Second. (Photo Courtesy: I Am Second/You Tube)

To learn more about Chad and his work, check out MightyOaksPrograms.org or follow him on twitter @ChadRobo.