In the news closeup: Manny Pacquiao 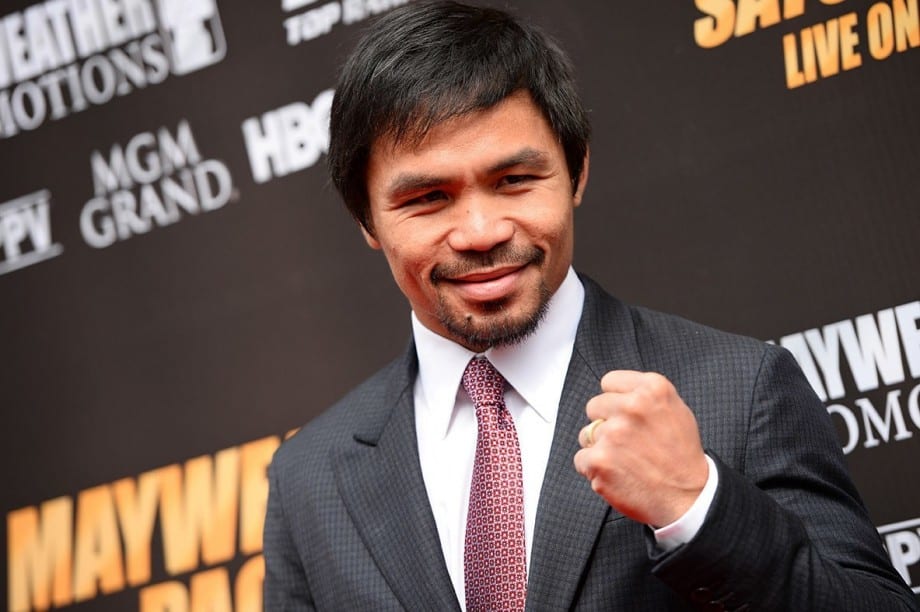 The fight that seemed destined to never happen, is now scheduled to take place: Manny Pacquiao will fight Floyd Mayweather, Jr. on May 2 in what experts are saying will be the richest purse in boxing history.

The two are legendary in the ring.

Mayweather is a five-division champion, has never lost (47-0, 26 knockouts), and has been rated the best pound-for-pound boxer in the world by most boxing experts.

Pacquiao (pah-key-OW) is the first and only eight-division champion and is 57-5-2 in his career.

But that’s where the comparisons end.

Mayweather is widely known for flaunting his money and possessions, his flamboyance, run-ins with the law and his lavish and promiscuous lifestyle.

Pacquiao was known for his promiscuous and lavish lifestyle, as well, until he had an encounter with God and became a Christian in 2011.

In 2011 after his third fight with Juan Manuel Marquez, he said God spoke to him and he stopped cheating on his wife, drinking and doing other things that seemed to be destroying him.

“I’m happy because I found the right way, salvation, born again,” he told The Guardian newspaper and online news service. “We are required to be born again, all of us. Christ said unless we are born again we cannot enter the kingdom of God. So it’s very important to me. Jesus Christ said: ‘I am the way and the truth and the life. No one comes to the Father except through me.’ There is no other way. The only way is through Jesus.”

Many of the secular news services have talked about Pacquiao’s conversion to Christianity and given an open platform to share his faith.

Pacquiao, who is also a politician in the Philippines and is currently building a church there, seems to be passionate about his mission.

“What we’re doing by building this church is obeying what the Bible says,” Pacquiao told Yahoo! Sports. “We’re going to feed the poor, help the widows and teach and inspire the children about the greatness of the Lord. That’s what we’re told to do and that’s what I am doing.”

This story was published in the Spring 2015 Digital issue of Sports Spectrum. Log in HERE to view the issue.