When A.J. Ellis goes to work, he finds himself exactly 60 feet, six inches from the best baseball player in the world today. For the past three seasons Ellis, has been the starting catcher for the Los Angeles Dodgers and the consistent battery mate for Clayton Kershaw, reigning National League Most Valuable Player and winner of three of the last four Cy Young Awards for best pitcher in his league.

Kershaw and Ellis have a special connection, one that goes beyond the usual bond catchers often have with pitchers. He recalls when they first were teammates in the minor leagues in 2007.

“First of all, I was struck by the amazing talent he has as a baseball player, and then I was attracted to him for the humility he has as a person,” Ellis recalls. “So I wasn’t surprised to find out what a strong Christian he is and how he not only loves Jesus, but loves other people as well.”

Last winter, Ellis accompanied Kershaw to the Dominican Republic on a weeklong baseball goodwill tour that he says changed his life.

“You’re instantaneously shocked to see the poverty and the lifestyle of the Dominican people, especially in the areas where we visited,” Ellis says. “But you also see their passion for the game of baseball and for family. They’re intentional about personal relationships and getting to know you as a person. I think we take that for granted sometimes here in the States.”

The pair visited baseball academies run by the Dodgers and the Pittsburgh Pirates, as well as several youth clinics.

“We were so honored that Major League Baseball organizations would allow Clayton and I a platform to share Christ with their young ballplayers, and we took the opportunity to share our hearts and what’s important—and that’s your character,” Ellis reflects. “You’re going to be a former baseball player a lot longer than you are a baseball player. Baseball is only a small glimpse in your life, and who you are as a man and what your foundations are is what’s going to carry you forward in your post-career.” 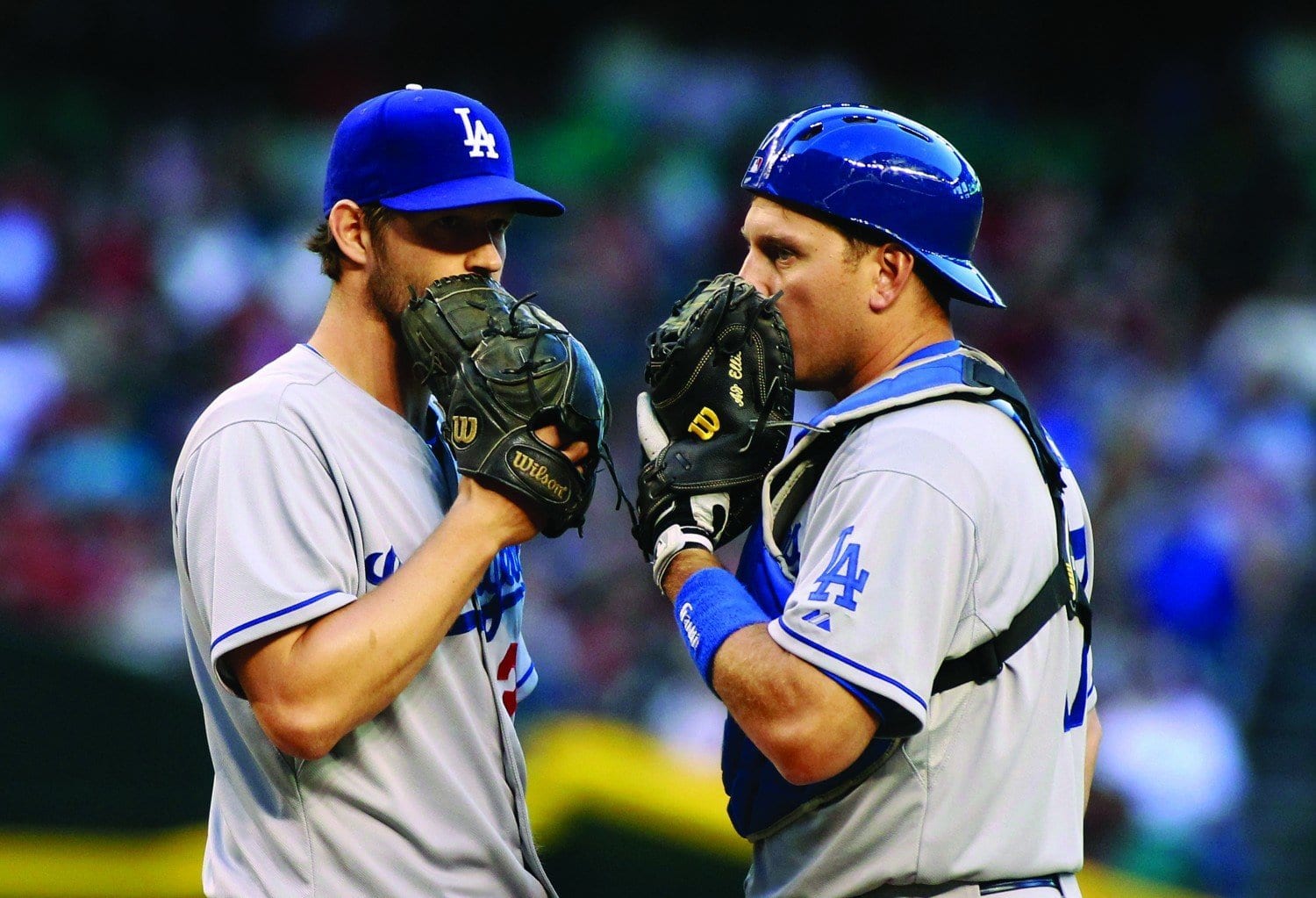 Ellis admits the trip had a profound effect on how he relates to his Latin American teammates.

“Seeing where a lot of my teammates over the years have come from, seeing where they’ve grown up, you start to have a lot more grace for your teammates,” Ellis says. “You start to understand what are the demands on them at home. They’re not only trying to take care of themselves and their immediate family, but their extended family is depending on them to help change their lives.

“The things that maybe had frustrated me about them or the way they approached certain situations, I now regret the way I thought of them and I hope that going forward I will have a better understanding of what my teammates are going through.”

Being a good teammate, a supporter and encourager of others, is at the heart of Ellis’s sense of mission and purpose in his baseball career, and in his life.

“After I became an established Major League Baseball player, I came to the quick realization that there wasn’t going to be any individual glory for A.J. Ellis in this game,” Ellis says. “Whether it be end-of-the-year awards, a possible Hall of Fame career or All-Star appearances. That’s not who I am.

“I had a minor league coach, Travis Barbary, who really challenged me to be a servant. I came to find that when I served others, all the mess, all the junk in my life seemed to disappear immediately. I try to intentionally make myself about other people, and being a catcher it’s pretty easy to do that. You need to cater to and be responsible for and help shepherd pitchers through tough patches. That’s been my mission—to be like Christ and be a servant.”

Ellis may be humble about his own accomplishments, and focused on helping others achieve their best, but his own record as a big leaguer is not insignificant. The 2015 season is the eighth year he has spent at least part of the season in a Dodgers uniform, and he was behind the plate for all 14 games of post-season play for Los Angeles in 2013 and 2014, coming through in the clutch with a .386 post-season batting average and two home runs. 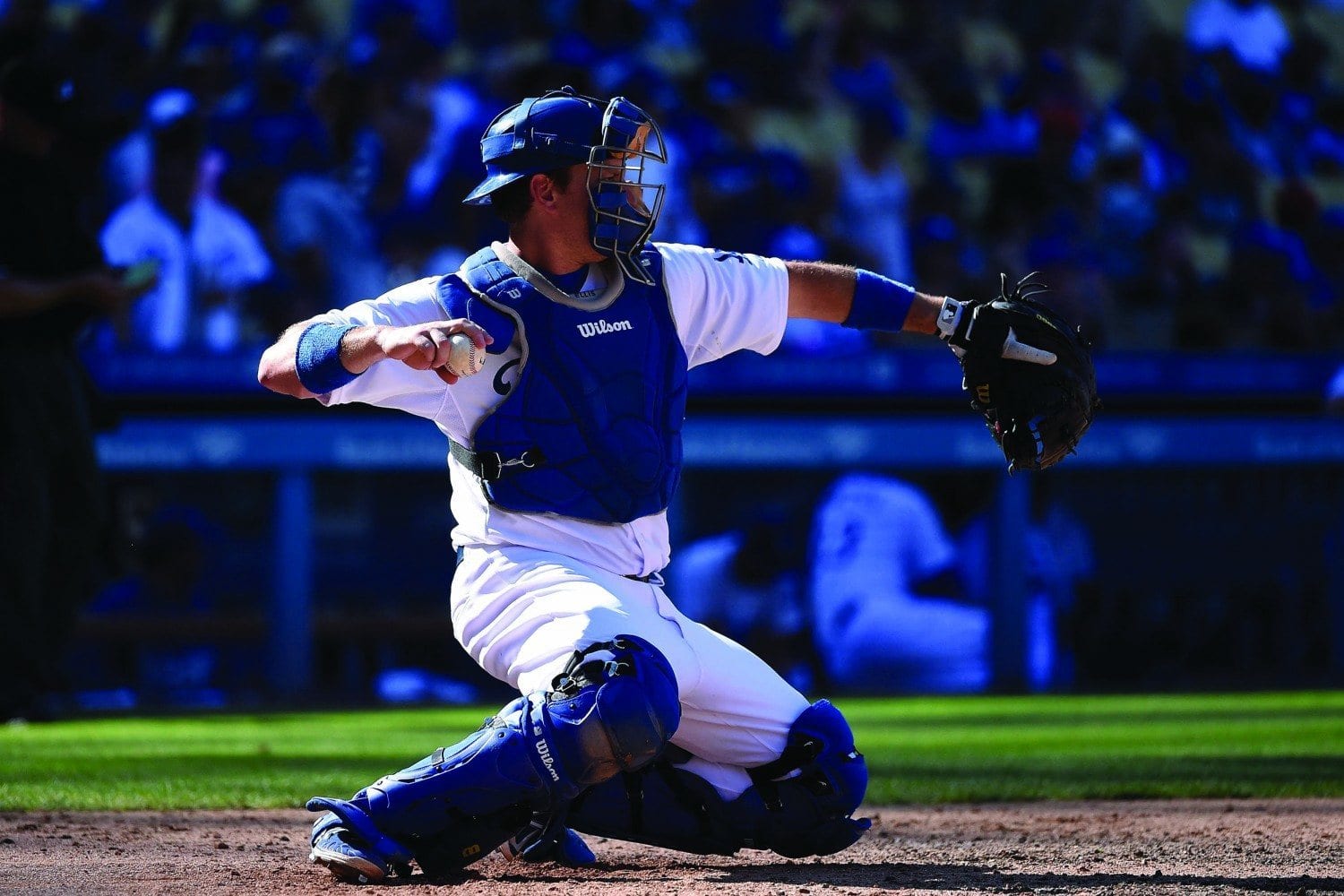 For Ellis, an 18th-round draft choice out of Austin Peay State University in Clarksville, Tenn., what he has already accomplished in baseball far exceeds any expectations he had for his career.

“I feel like I beat the odds in advancing through the system. For me, what was great is that I didn’t have major league aspirations. I didn’t feel like that was what I was called to do. I thought my end game, my mission, was to go back and be a college coach. I thought that was the plan God had for my life, which shows that you shouldn’t make plans when God is in control. I was going to treat baseball like graduate school for coaching where I would learn as much as I could and meet as many great baseball people as I could.”

Ellis has done just that in preparation for someday becoming a college coach and established himself as a bona fide major leaguer along the way.

This season, the Dodgers are working in a new catcher, 26-year old, Cuban-born Yasmani Grandal, with hopes he will be their backstop of the future. After three seasons as the Dodgers’ opening-day catcher, 34-year-old Ellis is graciously adjusting to a new role.

“You get to a point in your career where it’s kind of a transition. You have a new role to adjust to, which is common in any profession as you mature and as you age,” Ellis says. “I’ve been the starting catcher for the last three seasons, which has been the highlight of my professional career, being the man behind the plate to lead the team to a couple of playoff appearances. Heading into this year I think it’s a good time for me to transition. We have a phenomenal catcher in Yasmani Grandal who’s mixing in, and hopefully the two of us can partner together in whatever fashion manager Don Mattingly sees fit to create the best 162-game partnership for the season.”

What does Ellis hope will happen before he hangs up the proverbial “tools of ignorance” and moves on to the next stage of his life?

“I would love to be part of a team that brings the world championship back to Los Angeles,” he says. “But to do it in togetherness, in that bond of brotherhood, especially with my Christian brothers on the team, guys like Clayton and Adrian Gonzales and Scott Van Slyke. We’ve been through this together and I’d love to complete the mission that I feel like we’ve been on for the last few years.”

As Ellis’s baseball career winds down, he reflects upon the best parts of being a Major League Baseball player.

“First, it’s about things like this—to be able to share my faith and be an encouragement and represent Him in all I do. And second, it’s the thrill I get being on the field in the 9th inning with 60,000 people on their feet. I still get those butterflies at age 33-34. You feel that alive feeling.”

David Moriah is a freelance writer who lives in Lawrence Township, N.J. This feature was published in Sports Spectrum’s Summer 2015 print issue. Log in HERE to view the issue. Not a subscriber? Subscribe HERE to receive eight issues of Sports Spectrum a year.